In October and November of 1998, Hot Rod Magazine presented Cole Coonce's 'The Epic Saga of The Surfers (How three bucks-down Geeks single-handedly put Top Fuel on its collective head)' , introducing a new generation of railbirds, pitbulls and nitro jockeys to the greatest story rarely told. It's required reading for all fans of overthrowing the status quo by dancing faster on the razor's edge.

A follow-up piece on Surfer Mike Sorokin's son Adam - 'The Only Son of The Surfers' - ran in the April '09 issue. It's also worth a look (in my biased opinion).

In 2009, Adam shook up the troops from under the canopy of the Champion Speed Shop's controversial smallblock Chevy powered 'Batmobile' retro-rail and the fans ate it up. He came back with a conventional Hemi powered configuration in 2010 and drove away with the NHRA Heritage Series' Nostalgia Top Fuel Championship (the fans liked this, too). Adam and 'The Champions' returned to the nitro wars in 2011 with the RB Entertainment Hemi dragster sporting a bold new look (paint and graphics) along with a Champion's swagger . After a somewhat inauspicious season debut at the March Meet, Adam stopped by the SGE megaplex while en route to parts unknown.

Adam, it's always great to see you, man! But first things first, what happened at March Meet? The car seemed to be laboring, big time. Was that a fuel or timing thing, or clutch, or what?

Plain and simple, we were hosed! We tested the previous weekend and kicked a rod. Thought we had it fixed and then kicked more in qualifying at March Meet. We knew we had a major issue and put a new motor in it with different rods. That was our spare motor and now we knew we had a real problem! We'd changed our combination a bit during the off-season to take some stress off of the motor and it has something to do with why we're killing our parts. Performance-wise, the car was frustrating us. It never did get off the line or really pull at all. We qualified #12 at 6.22. By the time qualifying was over, we were out of blocks and couldn't make the first round of eliminations - Denver Schutz got a single when we didn't show. It's being re-thought right now. We'll just continue on to the next race...

Ouch... That's showbiz though. I'm confident that Bobby and Tony and the guys will have it sorted out soon and you guys'll be tougher (and wiser) than ever. Do you still plan to run 2011 with both cars? That's an ambitious undertaking!

Well, right now, the plan is to run both cars in the NHRA Heritage Series, which is four races. We may run some non-points races, too. I'll drive the Hemi car and Larry Gottelli will drive the Chevy. My team will remain intact, with the exception of Jeff Stich, who's moving over to Gottelli's car to be Car Chief. A new crew has been formed to maintain Larry's car. Tune-ups for both cars will be called by Bobby McLennan and Tony Bernardini.

Woah. Who'da thunk we'd ever see a goat (Gottelli) on the Champion team! And while some may wonder if there's an advantage of running a two car team with cars as different as boys and girls, these issues were addressed in a recent interview Cole Coonce did with Bobby McLennan, which can be found all over the 'net. These are are basically non-issues, though. Anyway, your racing history is well documented, but what's your life like when you're not taking 250 MPH oil baths? Is your business still going? How's things with (sweetie) Jenni and (son) Mikey? Are you still hanging much with your mentor (Surfer) Tom Jobe? Do tell...

I'm still in the same line of work, which is Quality Control of digital masters for feature films and TV shows. I had my own business for the last three years, but am now working full time for Testronic Laboratories, running their Master QC department. I still have the other business, but just ramped it down.

Jenni and Mikey are doing great. Jenni does encoding/transcoding for a post-production company. Mikey plays baseball and football and is doing pretty good in school, too! He's really becoming a tremendous young man!

I talk with Tom every so often. He's retired now from Honda Racing (Supercross and Road Racing). He keeps pretty busy, working on all kinds of projects...

Nice to hear you have these people keeping you grounded... Any comments on the NHRA being this week's train wreck? This scandal could be pivotal for drag racing. Do you still aspire to get into the big show, or would you rather stay put for now?

(laughs) Well, I'd say NHRA isn't exactly 'winning' these days. Honestly, I think it needs a bit of a different direction. The ESPN2 TV show could be improved on, for sure!

I would still very much like to drive a Top Fuel Dragster or Funny Car in the big show. It's just that today you're expected to bring money to the table to drive. It's the 'best funded' drivers out there - not just the best drivers. It loses a little something for me because of that. I still love driving front engined fuelers though - there ain't a better ride out there, in my opinion.

Having said that, what's the future of motorsports?

You've sacrificed a lot to go racing - even your beloved street/strip Nova. Any toys in your garage these days? What's your dream car?

Actually, I just sacrificed the Nova, period - didn't intend to - that pole just jumped out in front of me!

I have a '61 Cadillac Coupe DeVille custom.

Sorry Adam, but you overshot your allotted dream car by five. Now you have to answer a penalty question: If you were a car, what kind would you be? 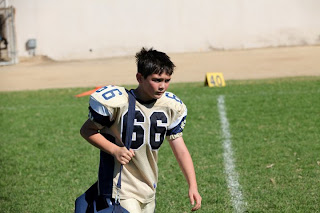 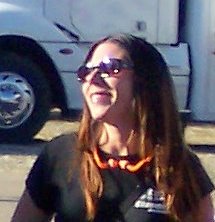 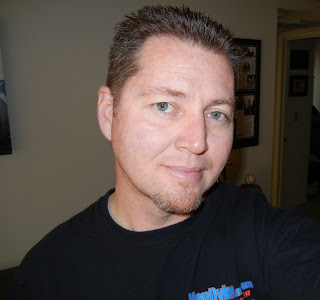 A fully armored, big diesel powered, flat black Chevy dually, with black wheels, complete with an M134 machine gun bolted to the truck bed and a cow catcher or snow shovel in the front.

Yikes! But this is probably what everyone fantasizes about, while stuck in L.A. traffic. You may need a vacation, man. But we're glad you're here, instead.

Anyone reading this along the I-5 corridor should take note - this guy obviously feels strongly that anything under 250 MPH is slowing him down. Be advised. 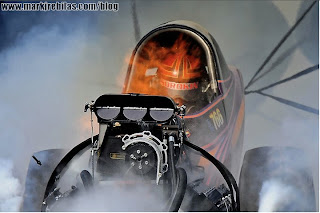 Posted by Scotty Gosson at 12:54 AM No comments: