It's sad enough that so many of America's drag strips have been shut down over the years. Discovering them and telling their colorful stories is certainly a humbling adrenaline rush, but many of the abandoned strips I found while researching for the Lost Drag Strips II book remain adrift in drag race purgatory, due to substandard photos and/or lack of credible historical documentation. Luckily, that double tragedy can be somewhat amended via this blog. 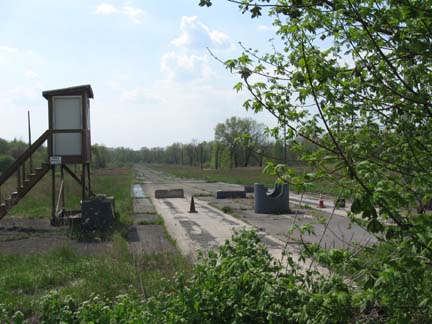 Typifying the many abandoned race tracks that didn't make the cut for Cartech's new Lost Drag Strips II book is Sunset Drag Strip, near Clark, Pennsylvania. As pit lore has it, bracket racing was born at this eighth-mile strip off of Charleston Road, in 1961. Originally a quarter-mile track, Sunset ran from '59 to '94, was induced into a ten year coma, then was resurrected in 2004. The cylindrical object at the starting line is the remains of an old storm drain, installed to protect track personnel from errant race cars and their associated errant parts. 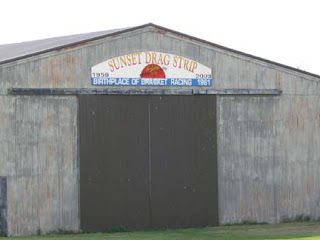 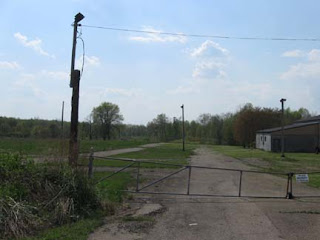 
I'll be sharing more of those Still Lost Drag Strips with you in future posts, but now it's high time for a sneak peek at the tracks from Alaska to Hawaii to Florida that are featured in the book. As always, I can only post out-takes here. You'll have to buy, borrow, or steal the book to see the images we ultimately settled on. Most are in color, are dynamic, and were photographed by some of America's most esteemed drag race lensmen. Of course, the photos only illustrate the stories of how these tracks came to be, the people and events that defined their history, how and why they closed, and what has become of the properties since. I can tell you that each of these track bios is a hairy ride, so sign the waiver, and strap in tight before reading. 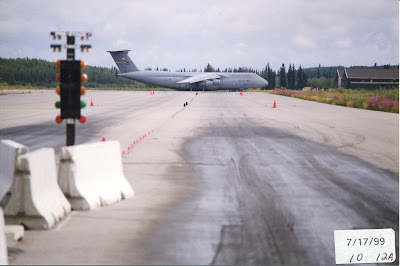 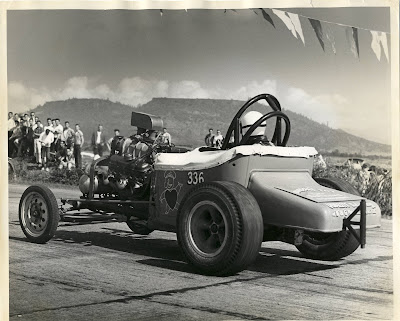 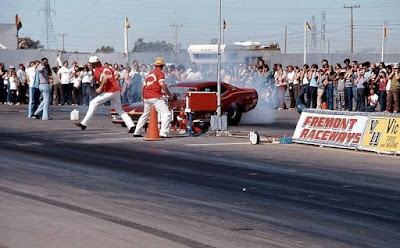 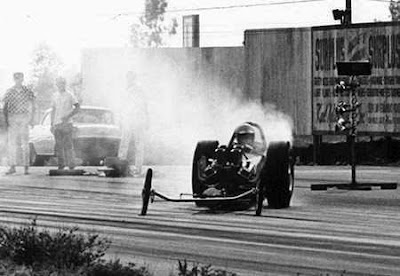 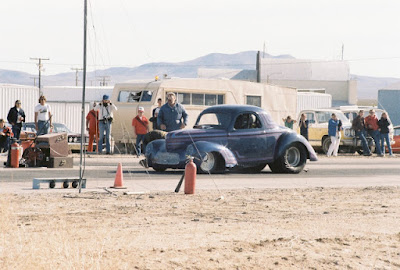 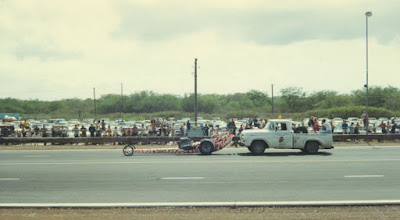 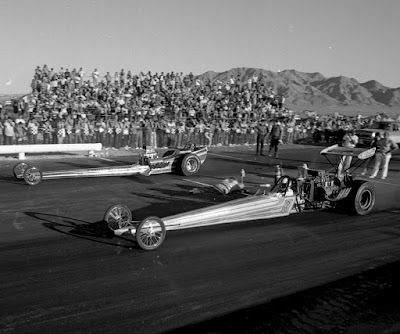 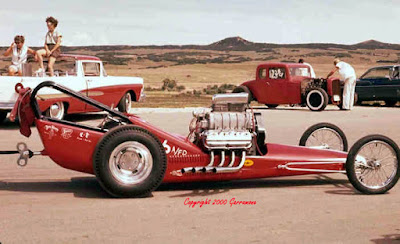 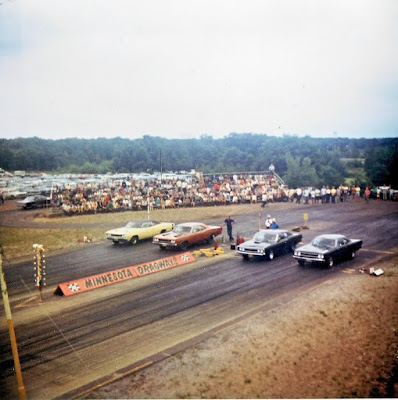 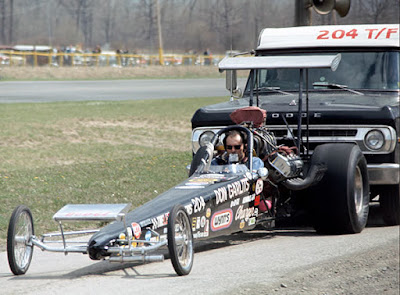 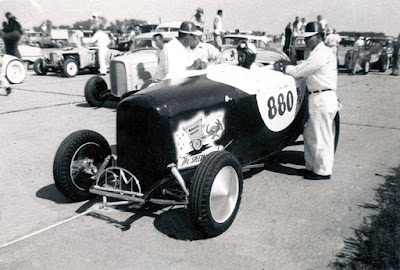 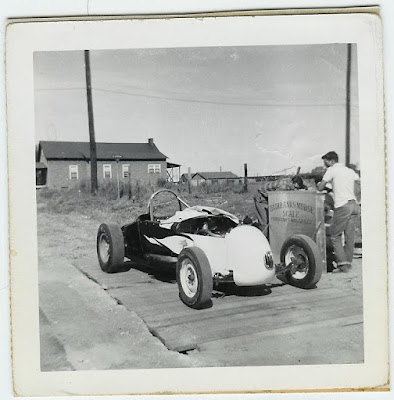 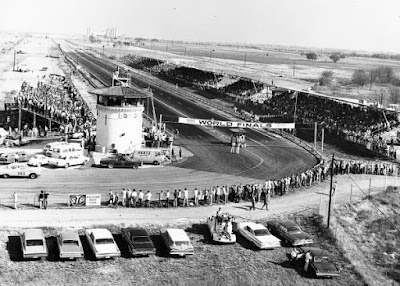 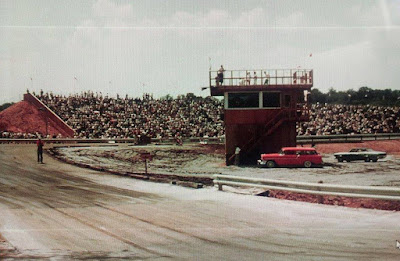 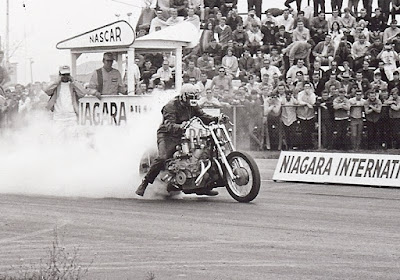 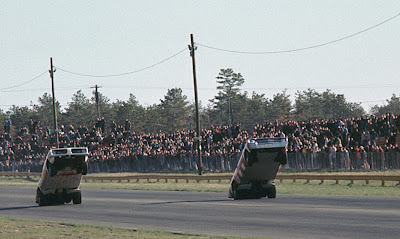 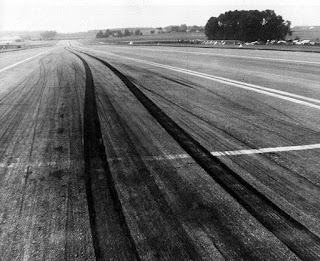 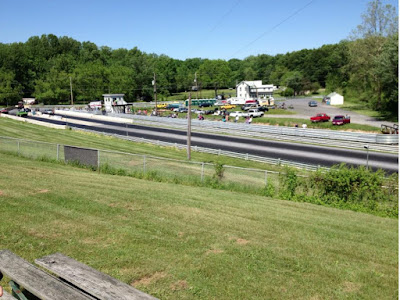 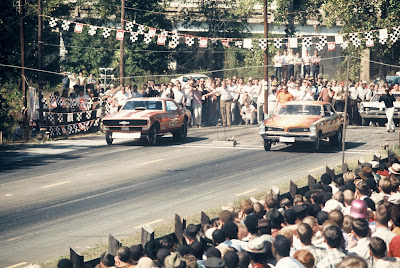 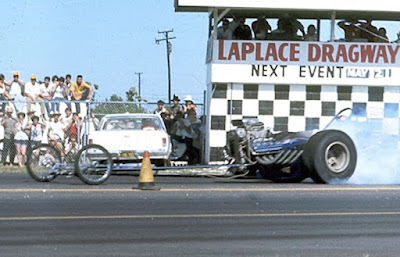 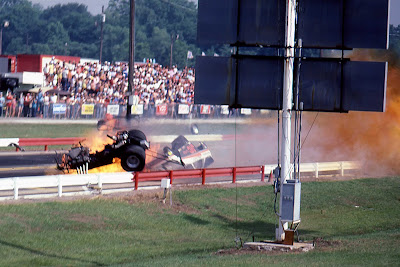 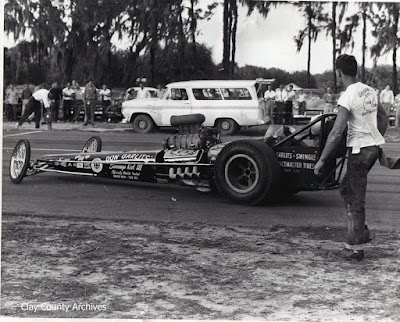 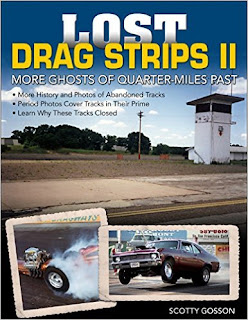 Amazon.com is now taking discounted pre-orders for Lost Drag Strips II. Better reserve yours now, before they run out! END OF SPAM.
* 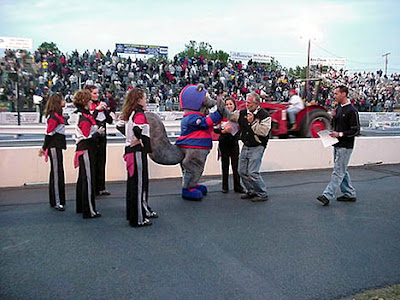 Squirrel interrupts awards ceremony at Maryland International Raceway, to no one's surprise. This track is still going strong, despite the rodent infestation and archaic Altered-class entries (in background). MIR plans not to be included in Lost Drag Strips III. 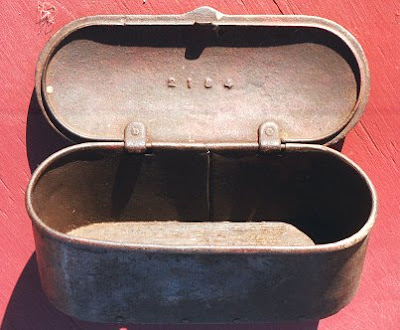 I recently discovered the secret world of cast iron toolboxes. I believe they were options at tractor dealerships. The next obvious thought was, "Did anyone cast them from aluminum?"  A hasty online search turned up this image, and a modern square diecast version offered by a Chinese start-up. Hmmm... I'll need a small box for my cross-country Model A. Now I'm considering starting my first home casting project. Here we go again. 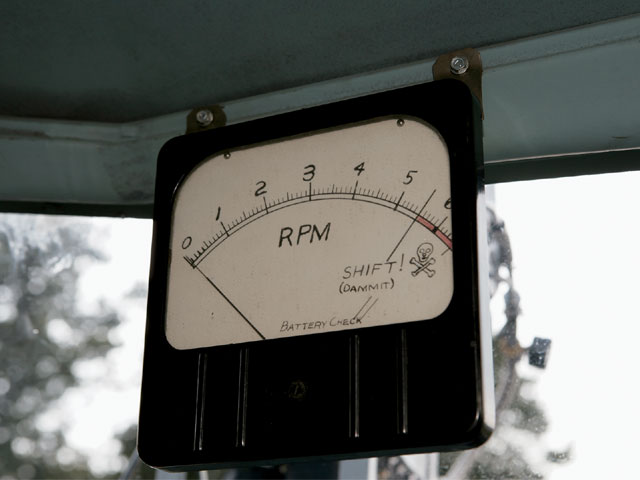 This industrial tachometer has hung from the header panel of the Ramchargers' "High & Mighty" '49 Plymouth since they first fired the car. It still rides in the current recreation, and it still works. (Photographer unknown)