THE DEVIL IS IN THE DETAILS 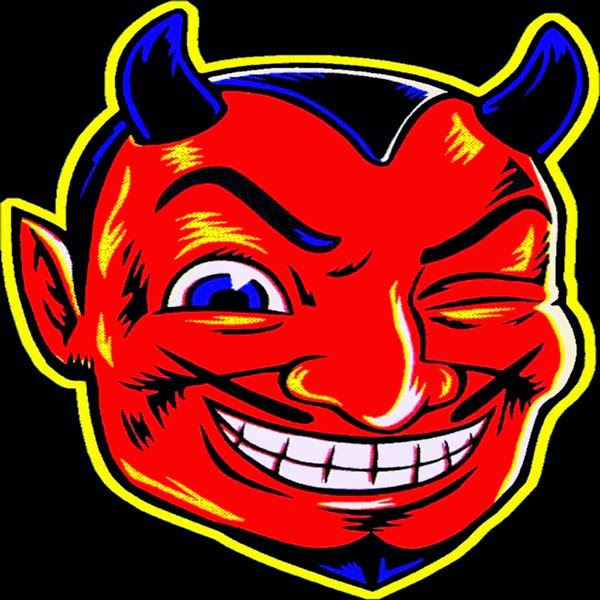 Hey kids! You like to have fun, right? Well, you're in luck! Did you know there's hidden treasure all around you? Follow along, as we show you how to find it, using your sense of perspective! 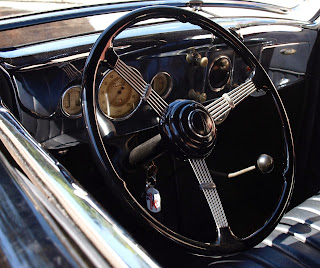 Just like old Beezlebub, details can be deceiving. This appears to be a bone stock '36 Ford, but it couldn't possibly have a more high performance pedigree. More is revealed in the July issue of Hot Rod Deluxe magazine, on sale at your favorite news stand, right now. Get it! (Scotty shot) 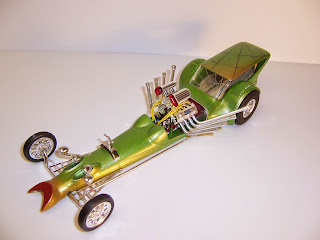 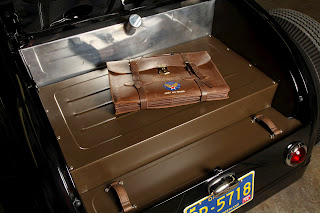 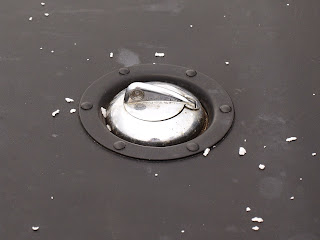 A very rare and bittersweet photograph. This is one of the few survivors of a CarTech book I did on vintage speed parts. After eight months of research, travel, interviews, and photoshoots, my computer crashed. All text, captions, and 98 percent of the photos perished. It took several months to pay back my advance money to Cartech before I could get another computer and get back to work. A dark ending to a wonderful adventure. This fuel fill cap is from a short chapter on accessories. The other 2,000+ images were my best work to date. All gone forever. (Scotty shot) 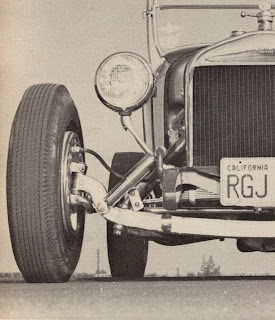 A typical Model T roadster. But in an upcoming issue of Hot Rod Deluxe, I'll be detailing its atypical history, with a focus on the changes it's been put through since this 1961 Eric Rickman photo was exposed. (Photo courtesy of Petersen Publishing) 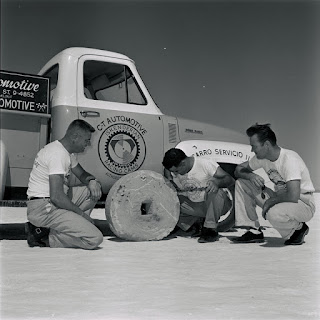 This awesome Bob D'Olivo lead shot for my piece on Clem TeBow in the current (July 2015) issue of Hot Rod Deluxe was inexplicably printed without the explanatory caption: "Clem TeBow (left) did not invent the wheel. It just seems that way. The same could be said of Ed Iskendarian (center) and Don Clark (right). Petersen Publishing photo god Bob D'Olivo caught this bit of hilarity at Bonneville in 1952." You're welcome. (Photo courtesy of Petersen Photo Archives) 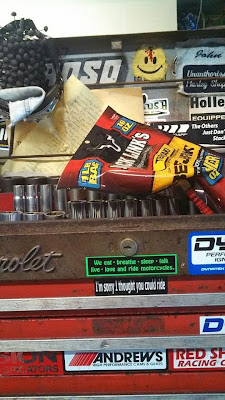 John Jenkins' shop box (manufacturer unknown). John and I were roommates in the Army ('73 - '75). We worked in the motorpool. I had a '47 Ford coupe then, and John ended up with our pal Kevin's '39 Chevy coupe (both cars had 283/3-speeds). We went off on our individual journeys in '75, and reconnected a few months ago. As his box alludes, John has been deep into drag racing Harley Davidsons since we bombed around Kansas in our coupes. We have some catching up to do. Or I could just interpret the decals on his box. (Photo courtesy of John Jenkins) 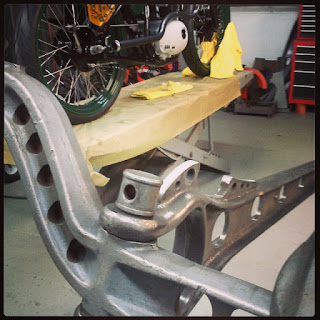 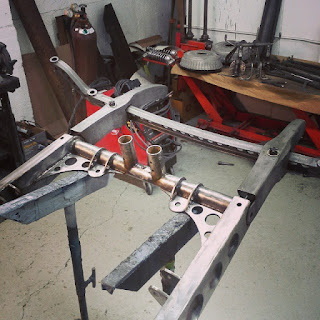 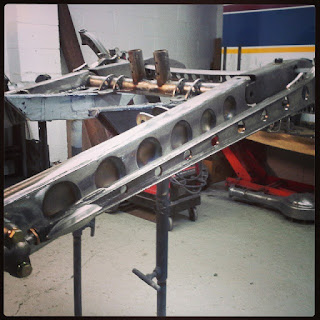 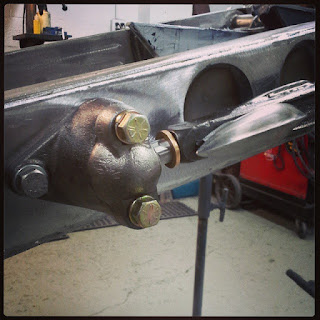 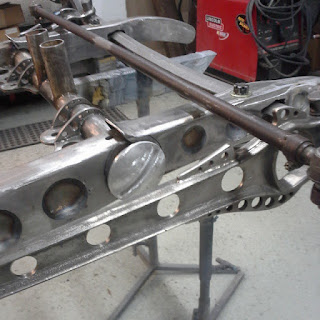 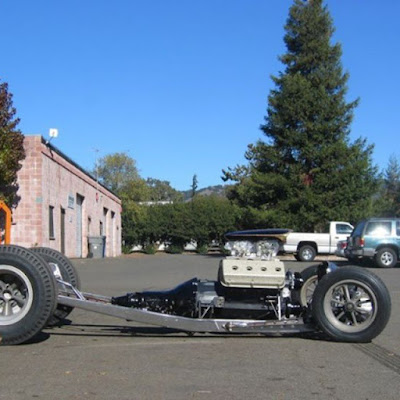 We mortals share a habitual tendency to clutter our perspective (and consequently, our lives) with needless details. A select few have mastered the innate gift of a detached perspective, allowing for a more accurate and realistic "big picture" vision. Chassis fabricator, artist, and champion of AA/Fuel Dragster lore Tim Conder employs his gift to manipulate details like taffy, while organically blending form and function. Conder embodies both devil and angel, and embraces both. He could be Earth's most fully realized human. Or a total whack job. Or both. Peruse this torsion bar-suspended customer car and decide for yourself. (Photos courtesy of Tim Conder)

NEXT TIME: The SGE Model A hits the road! Be there!!!