BREAKING NEWS: THE ONE HUNDREDTH WOMAN 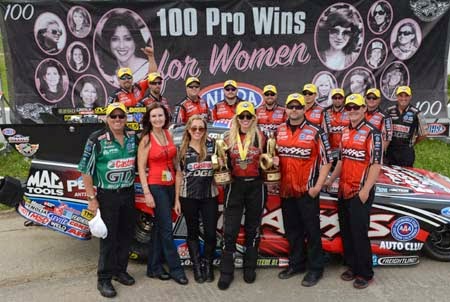 If you headed to the hills over the holiday weekend, you may not have heard yet that Courtney Force became the 100th woman to win an NHRA National Event at the Kansas Nationals in Topeka. Force qualified her Funny Car #1, won the event, and bagged a one-off Wally for her trouble, after trailering Cruz Pedregon in the final. Force declared, "This is for all the girls out there in any type of sport. Any motorsport. They all know how to win. We've hit one hundred, but there's a hundred more to go." SGE's pick for the 100th female victory, Erica Enders-Stevens, hunkered down in the groove and ran hard all weekend, but went out in the Pro Stock semi-final round to event winner Allen Johnson, who quipped, "She's young. Heck, she can get the 200th." Enders-Stevens had no comment. Our congratulations to Courtney and all the gals who have given the guys fits over the years. (Photo courtesy of Drag Race Central)

WE NOW RETURN YOU TO YOUR REGULARLY SCHEDULED BLOG. 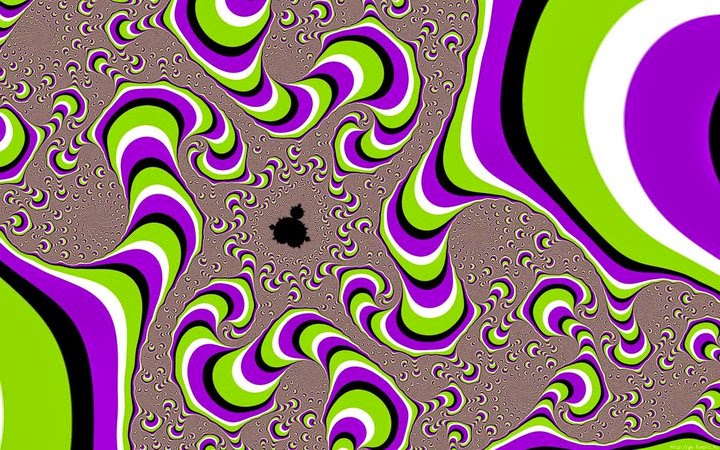 This is an illusion. Nothing is really moving here, except your brain cells. As it turns out, I've been driving illusions for most of my life, and am just now discovering the truth of hot rodding. 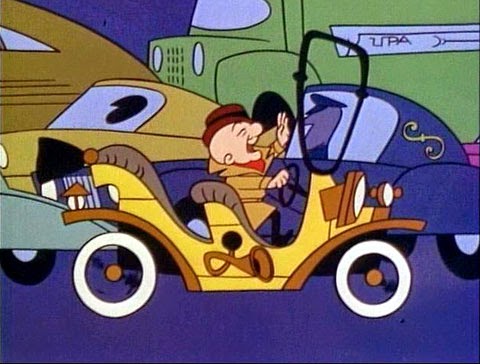 This is the reality of my driving today, after decades of viewing the above imagery through my windshield. Which is worse?


Maybe it was that last book deadline, I don't know. It might just be the price I pay for having enjoyed the Sixties so much. Whatever the reason, I seem to be getting old. Considering the life I've led, aging is something to celebrate. I could/should have died several times over the years, but it apparently wasn't meant to be yet. Why I dodged the reaper is none of my business. My job is just to learn from my experiences and apply those lessons to being the best damn Scotty Gosson on my block. It's slow going, other than the aging process. How did I finally notice I'm getting old? Easy: My previous fire-breathing tire-scorching hot rods have now been replaced with a 4-cylinder Model A. If future funds allow, I'll be building more fast street cars - I really miss them. But for now, a Model A beater is what I can afford to build and I'm digging it. A couple of years ago, I did my first VW, a '66 Bug. I slammed it, installed big 'n' little rolling stock, and enjoyed the hell out of putting around town at 30 MPH while the fuel gauge needle leaned on FULL, all day long. The VW did share one characteristic of my hot rods: It inspired zero confidence on the open road. That's when I began planning the A banger project - a dead nuts reliable gas sipper that I could count on to take me anywhere, at a moment's notice. I'm stoked at the prospect of driving it like an amalgam of Bob Klessig, Bill Burnham, and Mr. Magoo. Heavy on the Magoo.

Which reminds me of a story. It was already an old story when I discovered it as a blog link on the Motor Mouth Radio site (www.motormouthradio.com). I downloaded the photos with earnest intent of posting immediately, then got sidetracked. Luckily for us, the piece is well preserved - timeless, in fact.

The protagonist, Jonathan Klinger, introduces newcomers to his blog with, "I'm spending one full year driving a (stock resto) 1931 Model A everywhere I go (starting October 13th, 2010)." I was all in. Klinger drove the drive, too. Read the entire story on his blog at www.365daysofa.com/ for some real appreciation of just how cushy we have it today, and how out of touch we've become. It's a fun read. Meanwhile, here's some random insight into a long-but-satisfying year in the life of Jonathan Klinger: 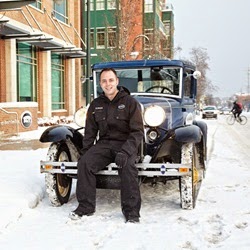 Klinger takes five with his '31 sedan during the morning commute. 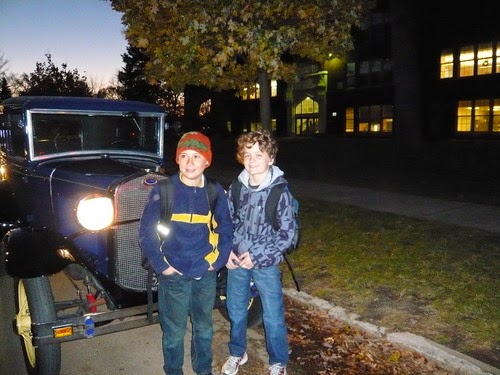 Dropping off the neighbor kids at school. 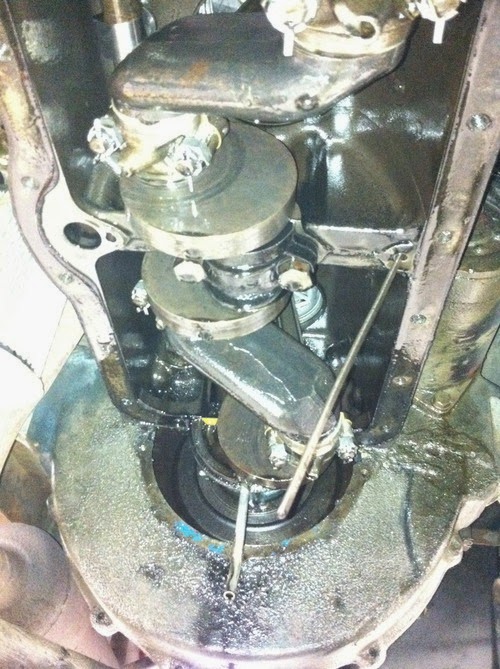 Roadside babbit bearing check. When's the last time you did this? I know - me neither. 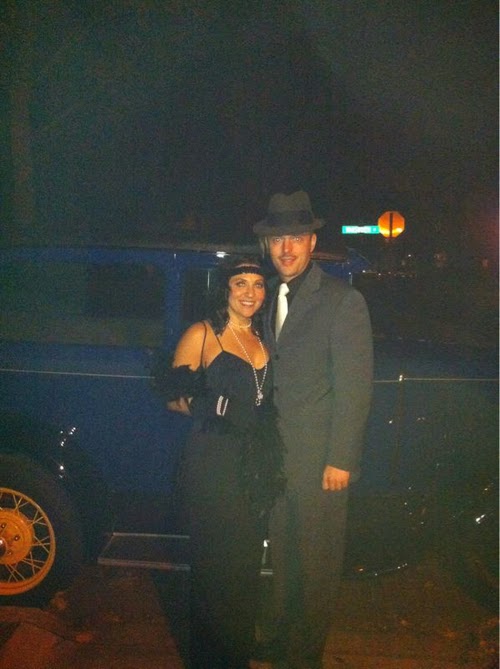 Mr. and Ms. Klinger, out on the town. 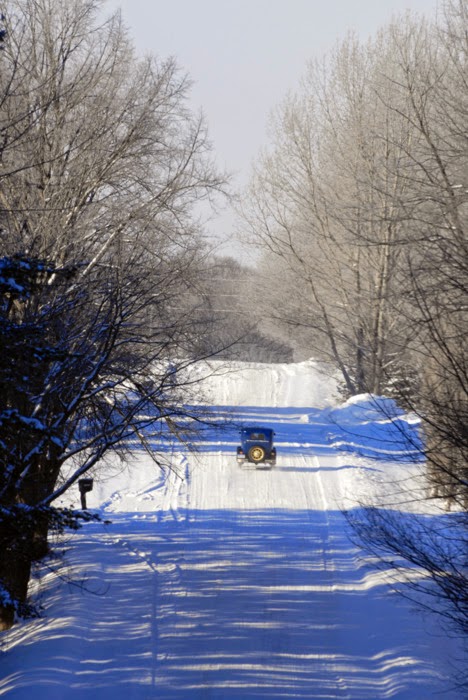 Four years after the experiment's deadline, Klinger and the Model A continue to motor on... (Photos courtesy of 365daysofa.com) 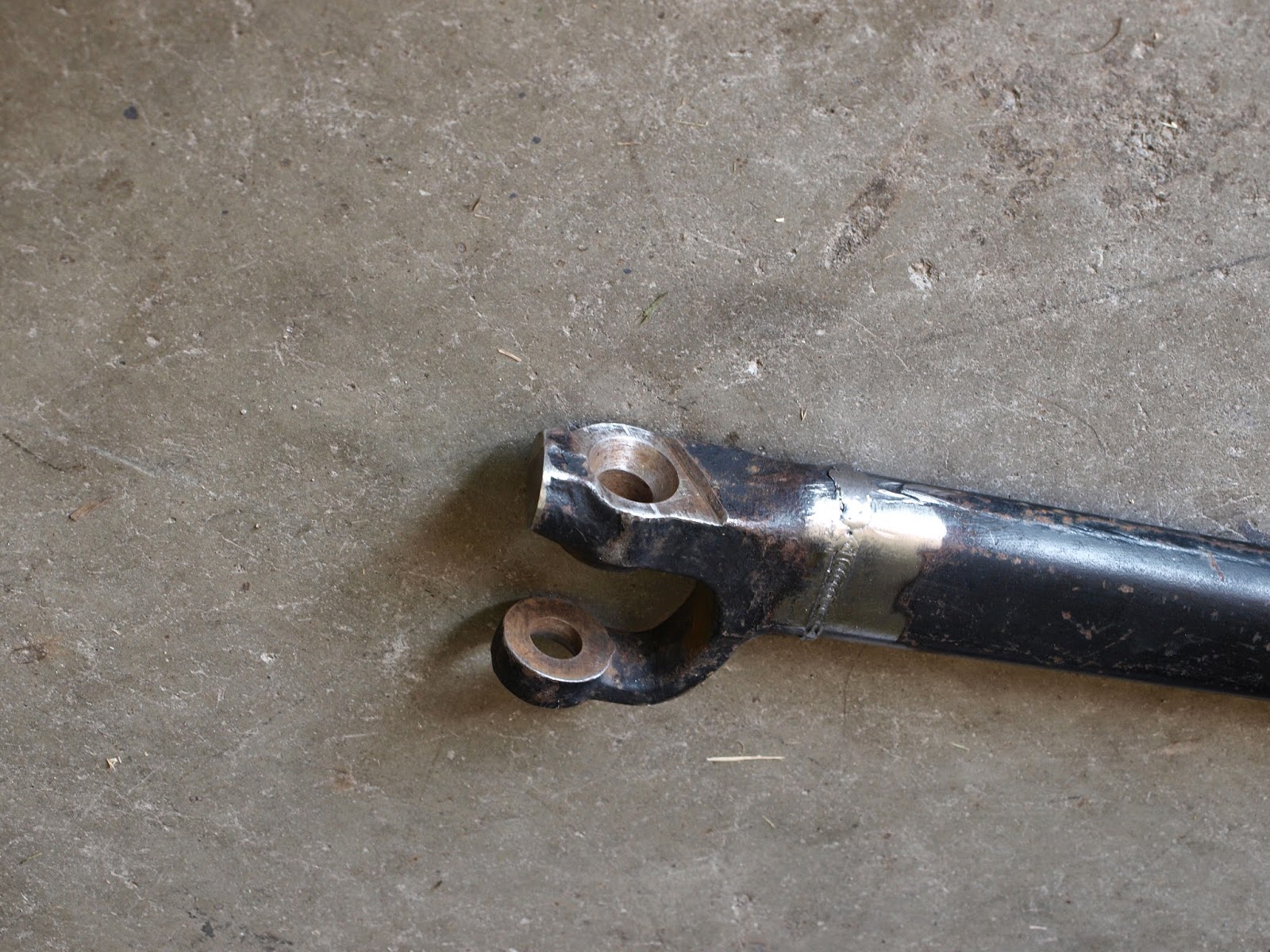 Last week's Model A production at Dr. Lockjaw's Custom Metal emporium was effectively shut down by a visit from the Stray Cats car club. Before the invasion, Doc and I had fashioned a perfunctory jig to allow milling excess material from the front wishbones. This BEFORE shot illustrates my crude and arbitrary hacking of the original (front steer) steering arms. 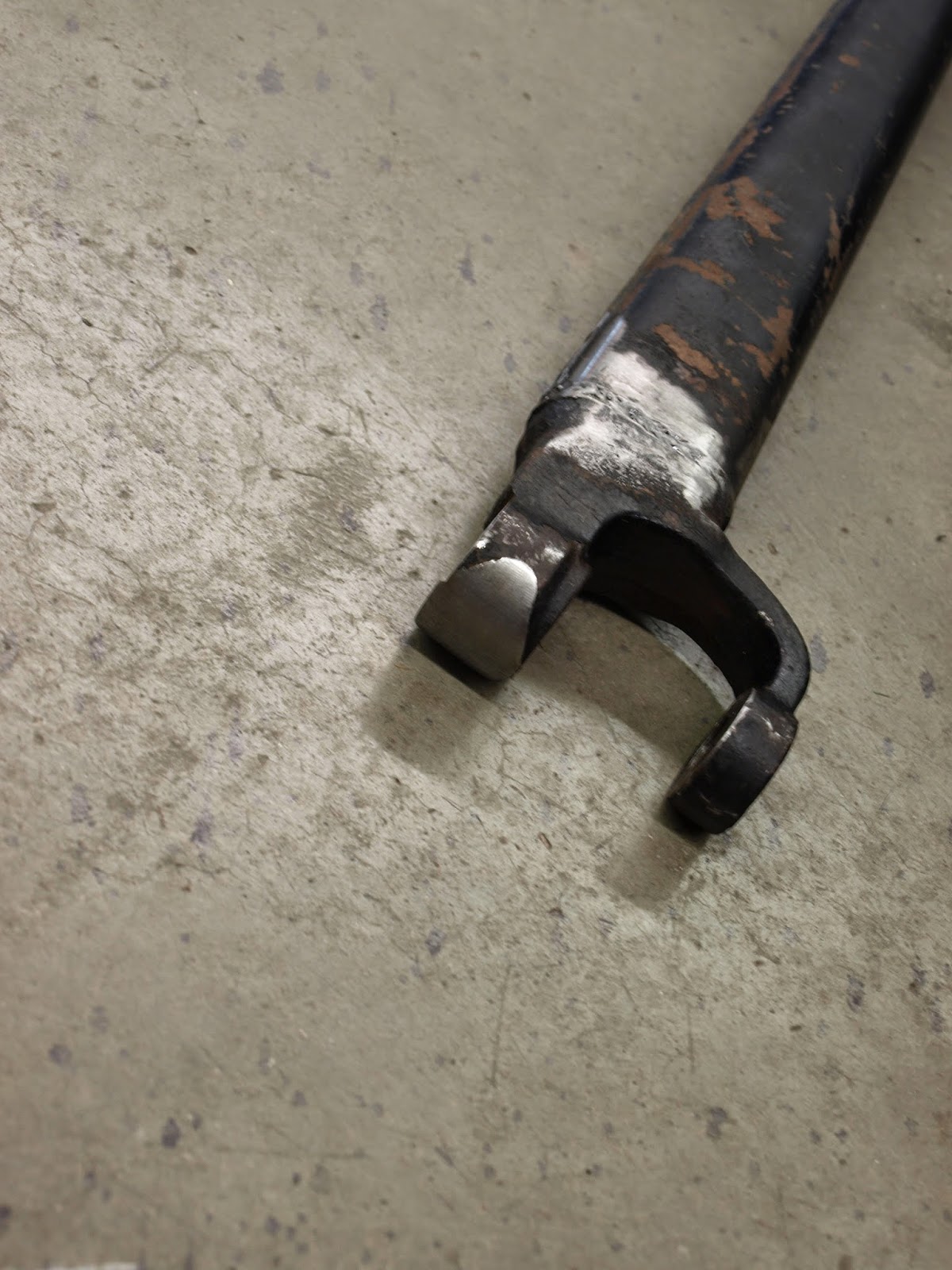 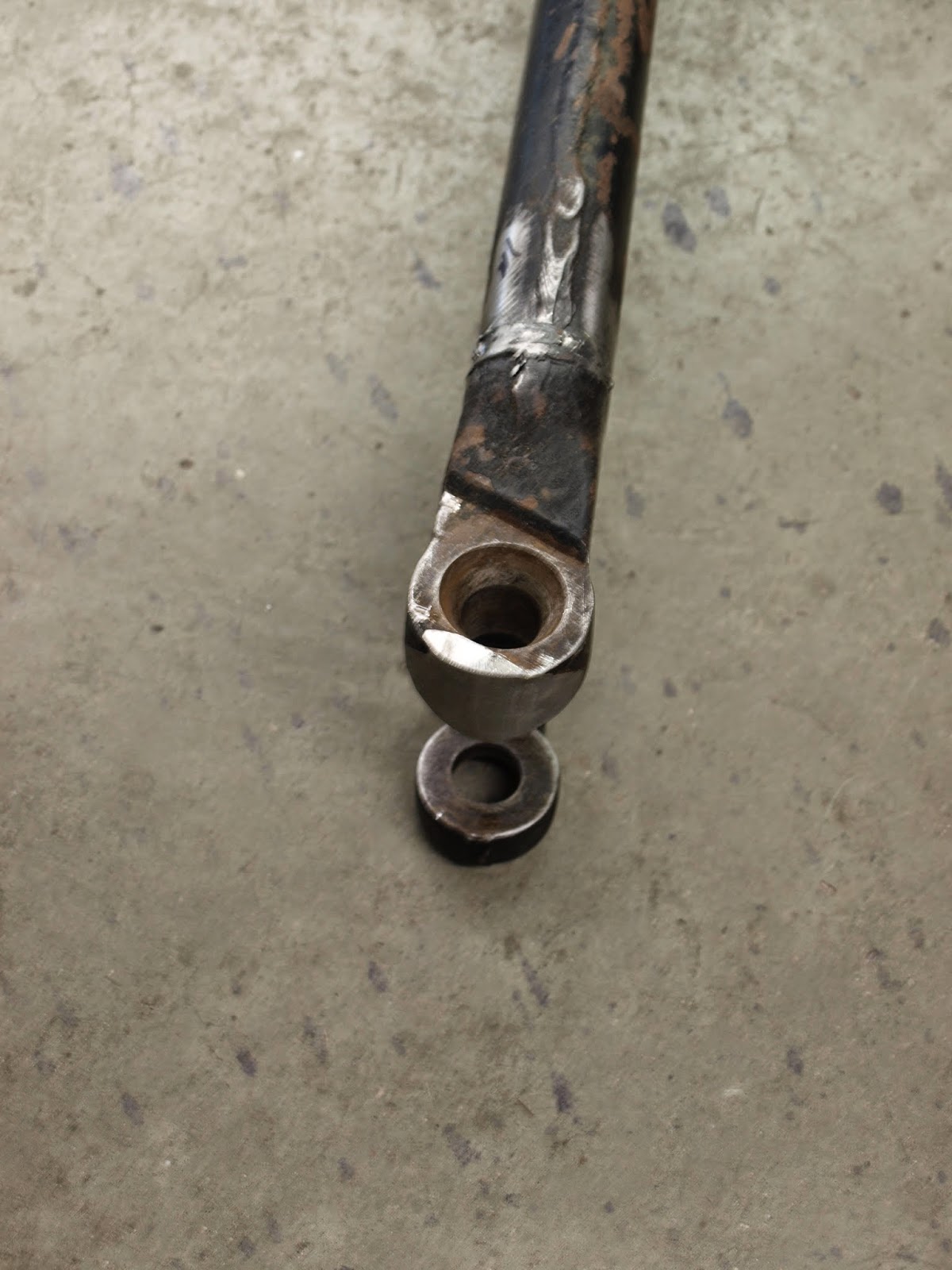 AFTER: The previous blunt cut is now a smooth radius, and the bone lost a few ounces of ugly fat in the process. Note to the uninitiated: The work we're performing here appears crude, because it is. The goal at this point of the project is to ensure the parts will fit properly and perform their tasks correctly. Once that objective is met, we'll go back and finesse the parts to beauty queen status with grinders, sanders and files. I can assure you, no part leaves the Custom Metal shop otherwise. 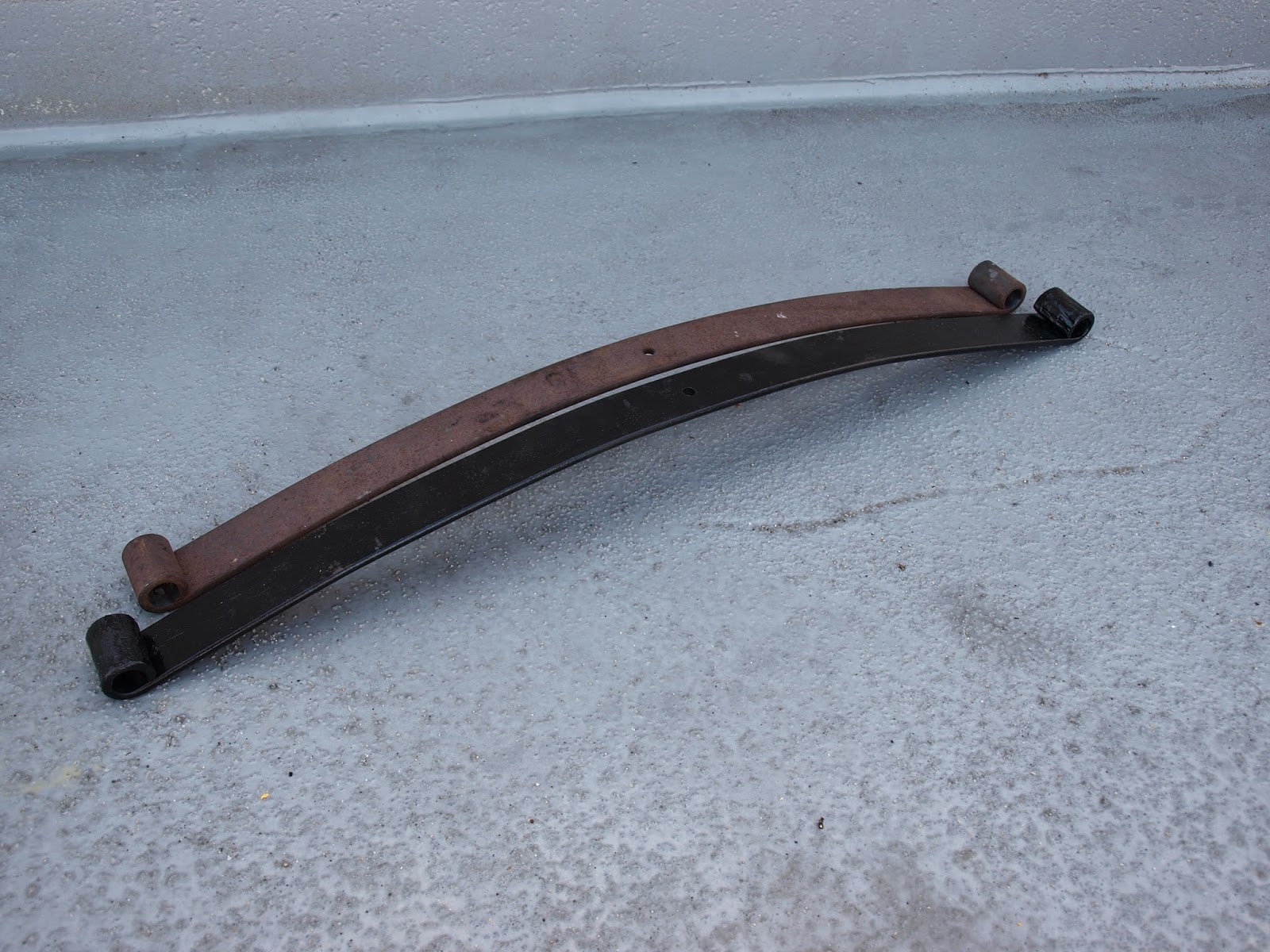 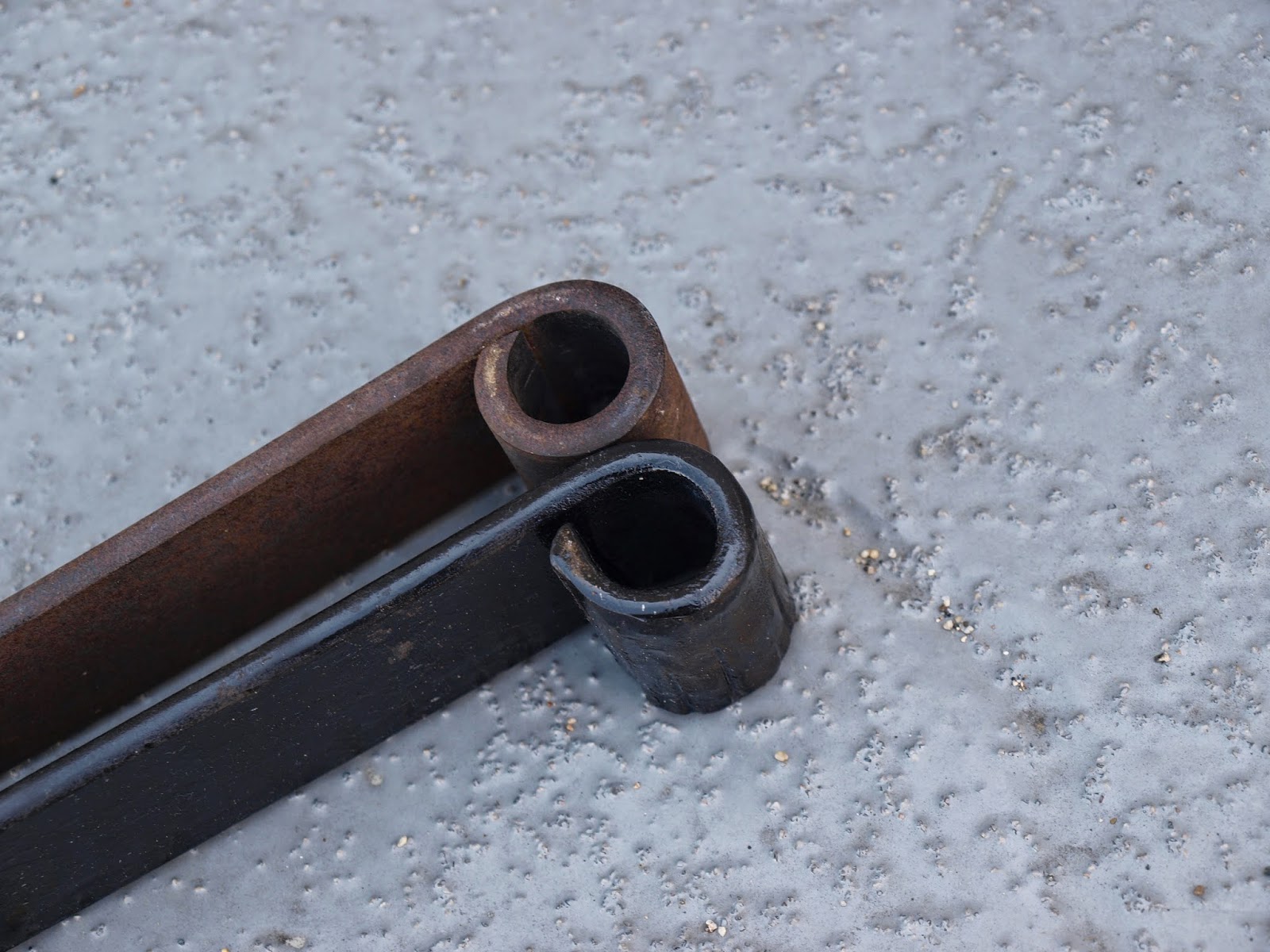 The unique nature of my front suspension dictates a custom-length transverse main leaf. When my research turned-up about zero candidates of the approximate required length, an appointment with the local spring shop was arranged. I've been happily supporting this shop for years, but arrived to find it under new ownership. The proprietor was given the brown spring to use as a template, along with my desired length and arch specifications. Two days later, I took delivery of the new custom black spring. I checked it over, bit my lip, and paid the man. The close-up photo reveals (some of) the casual level of quality. I found the reversed eye rolls to be particularly relaxed. My initial kneejerk reaction was to play the media card and expose this individual on the blog. I've since thought better of shitting in my own yard and will use the spring, take my lumps, and learn my lesson. For now. 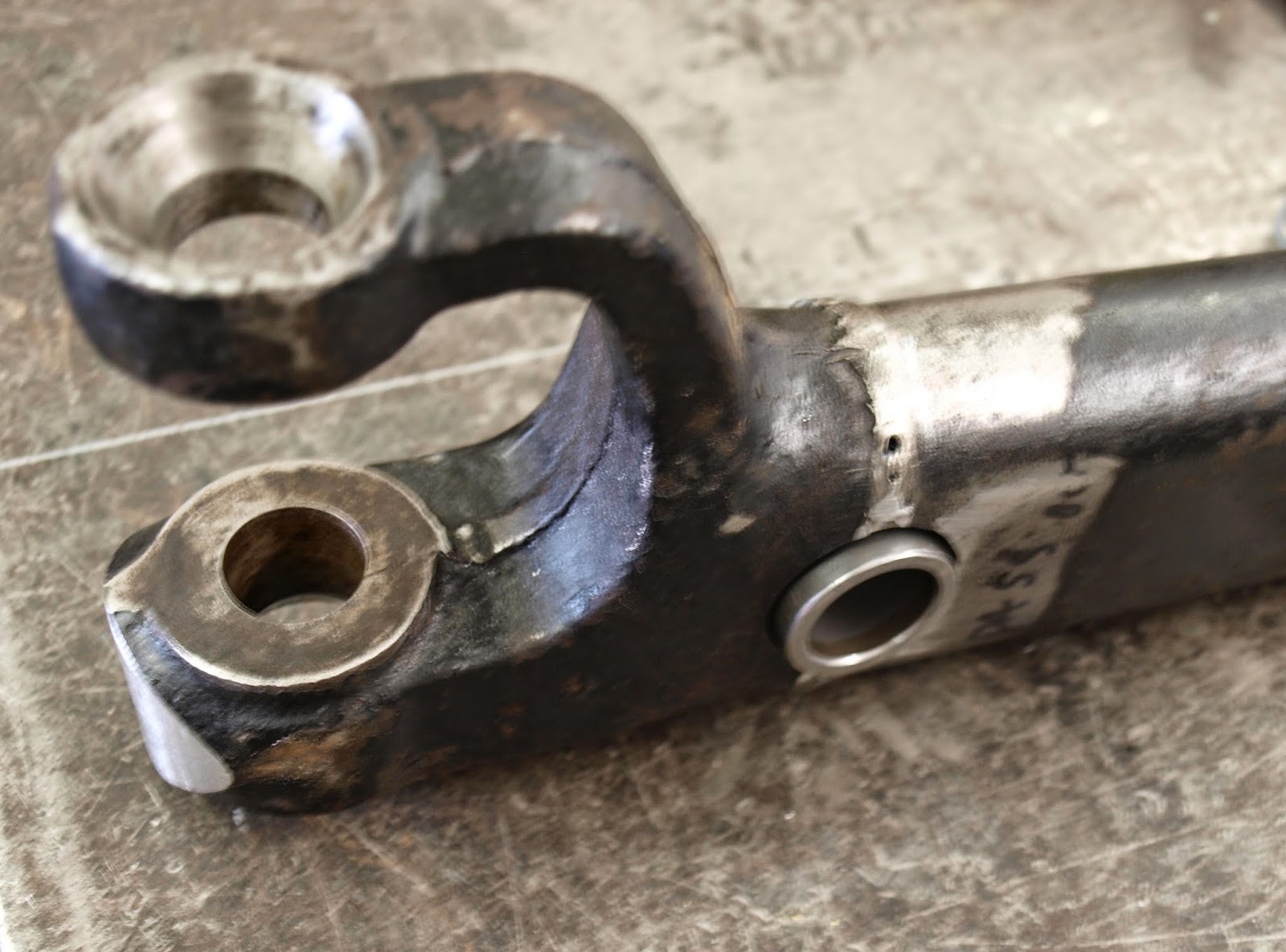 The spring will attach to hangers (or "spring pivots") mounted right through the wishbones. It took some trial and error to realize the exact correct angle through the bone, but we finally snuck up on it. 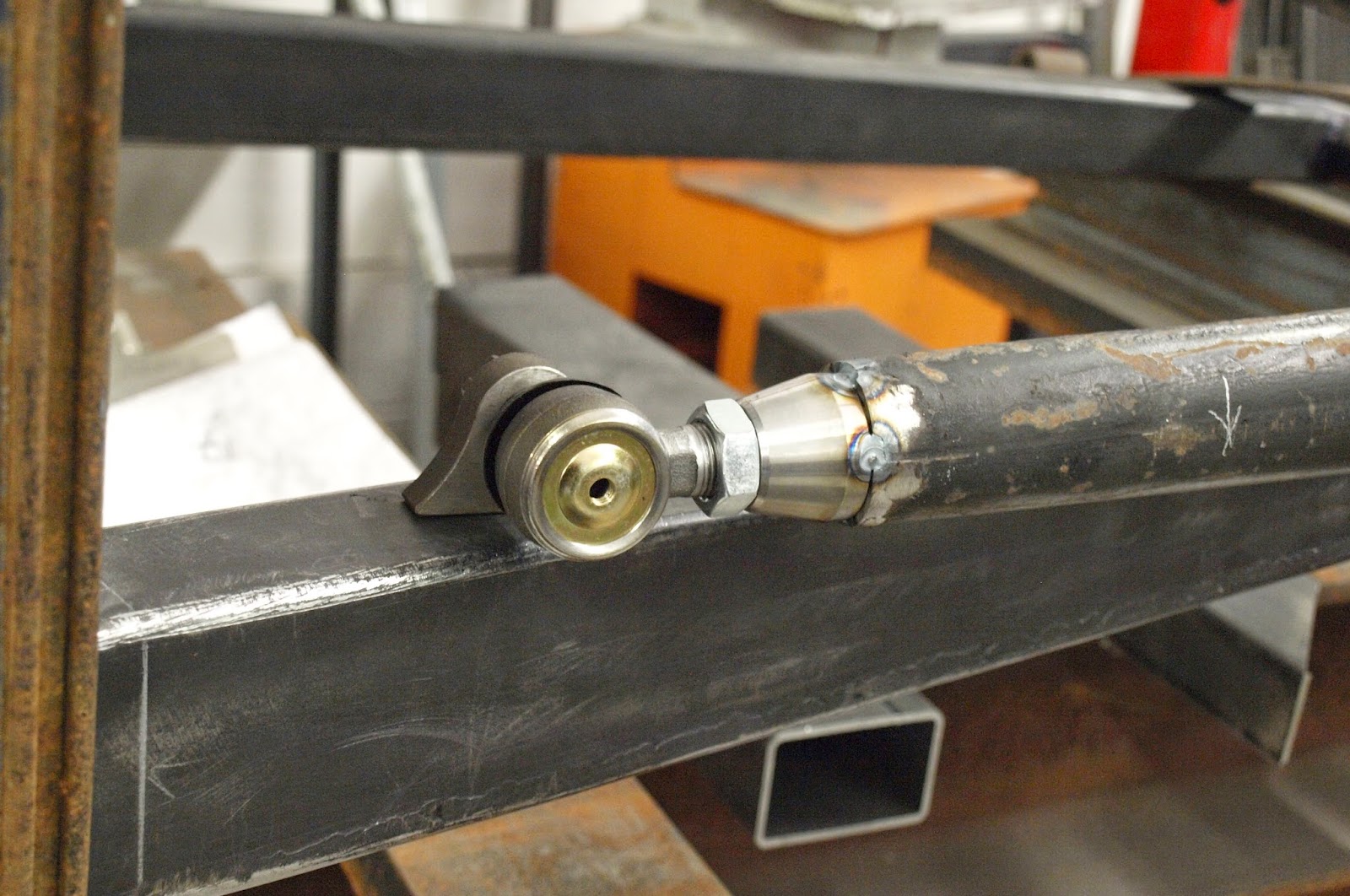 Another mock-up of the suspension revealed our wishbone mounts to be too low to provide streetable castor specs, even though said mounts would locate on top of the frame rails. What to do? 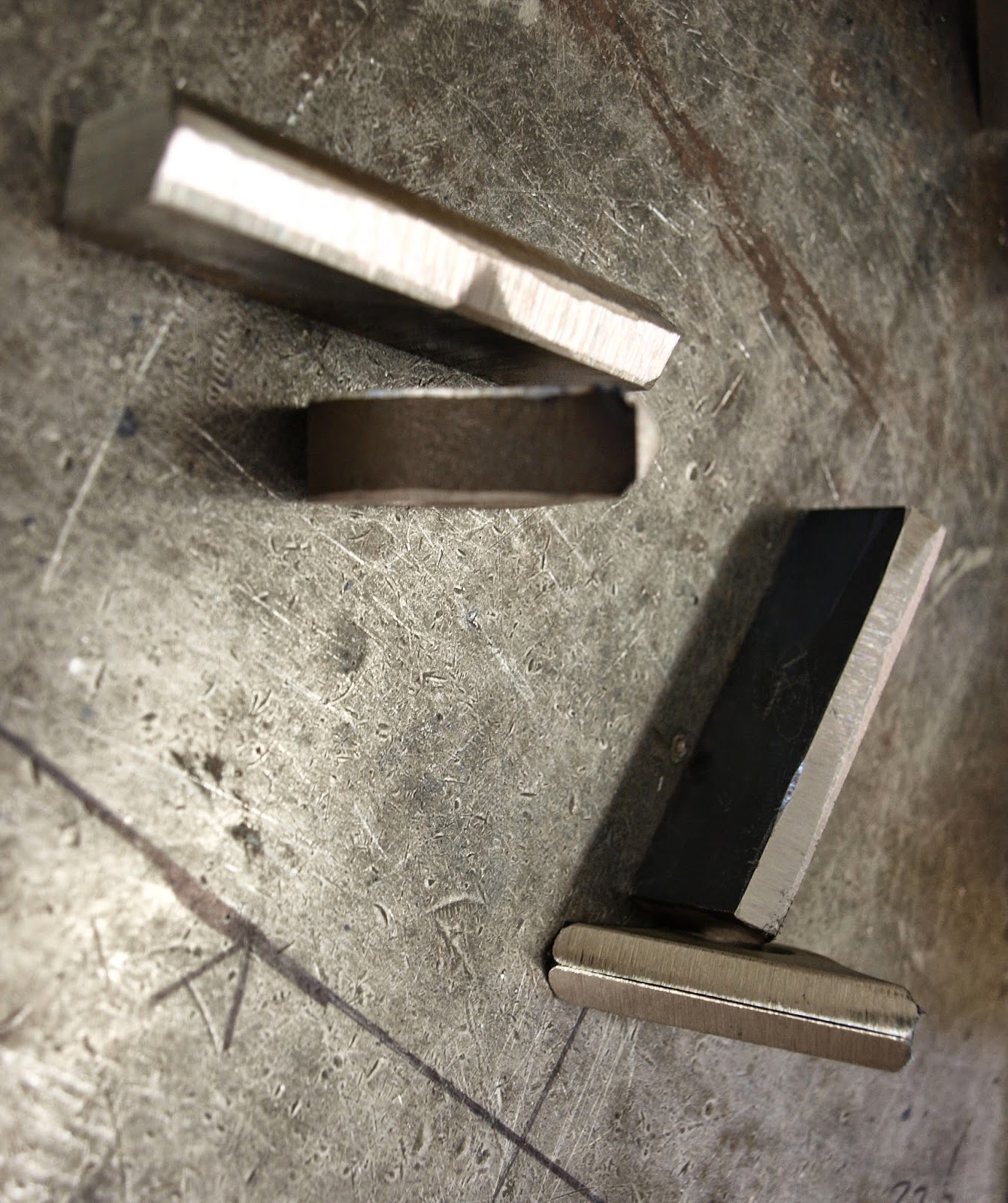 That's right. We found some matching 1/2" material and made our existing mounts taller, the old fashioned way. We could have made new ones from scratch, but the store-bought mounts have the required 7 degree taper to accept our early Ford tie rod ends, and Doc has no 7 degree reamer, plus we're both gluttons for punishment. So here's our new mount "extensions", cut to size and beveled for maximum weld penetration. These mounts take all the stress from the front suspension, so we went nuts on the beveling with strength in mind. 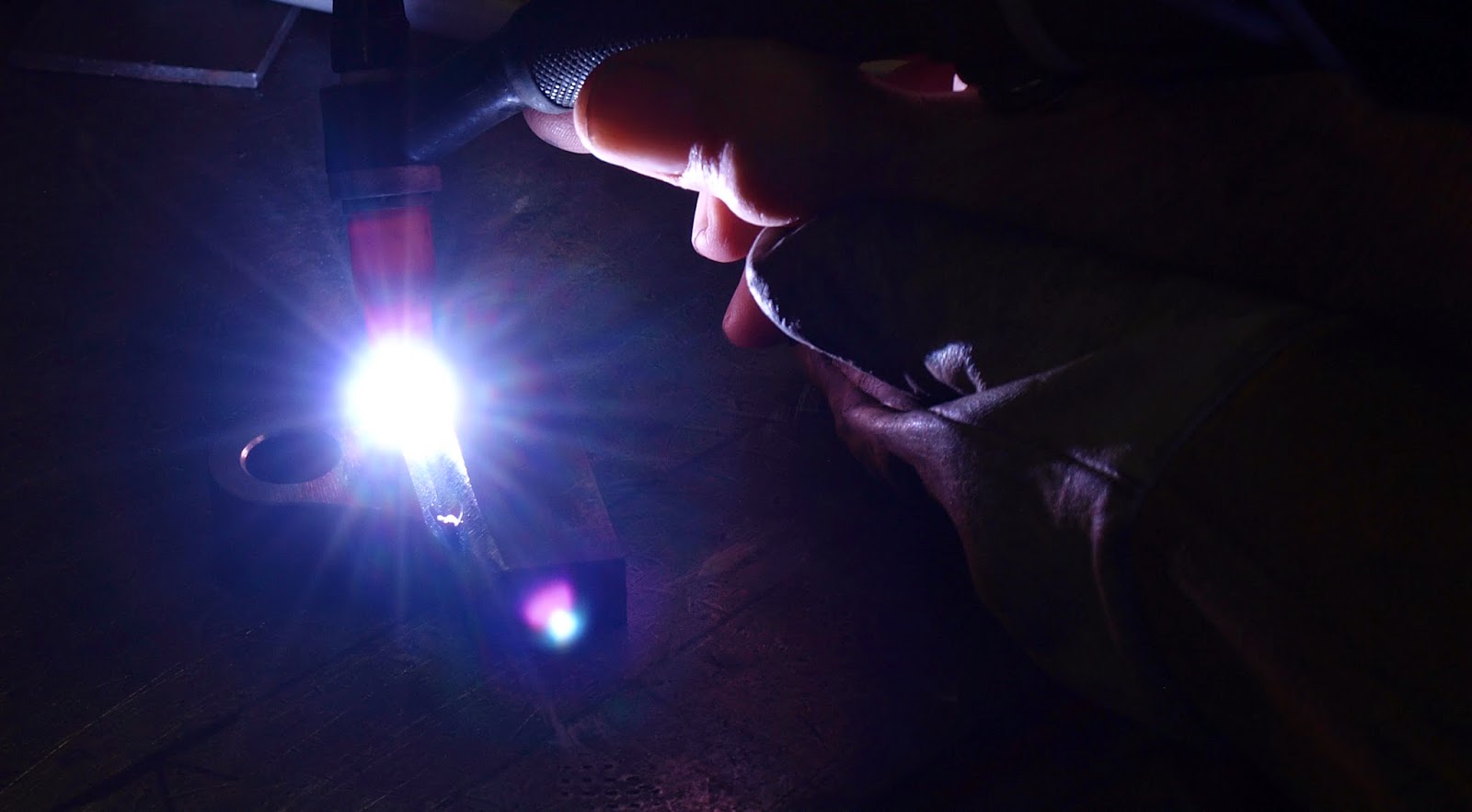 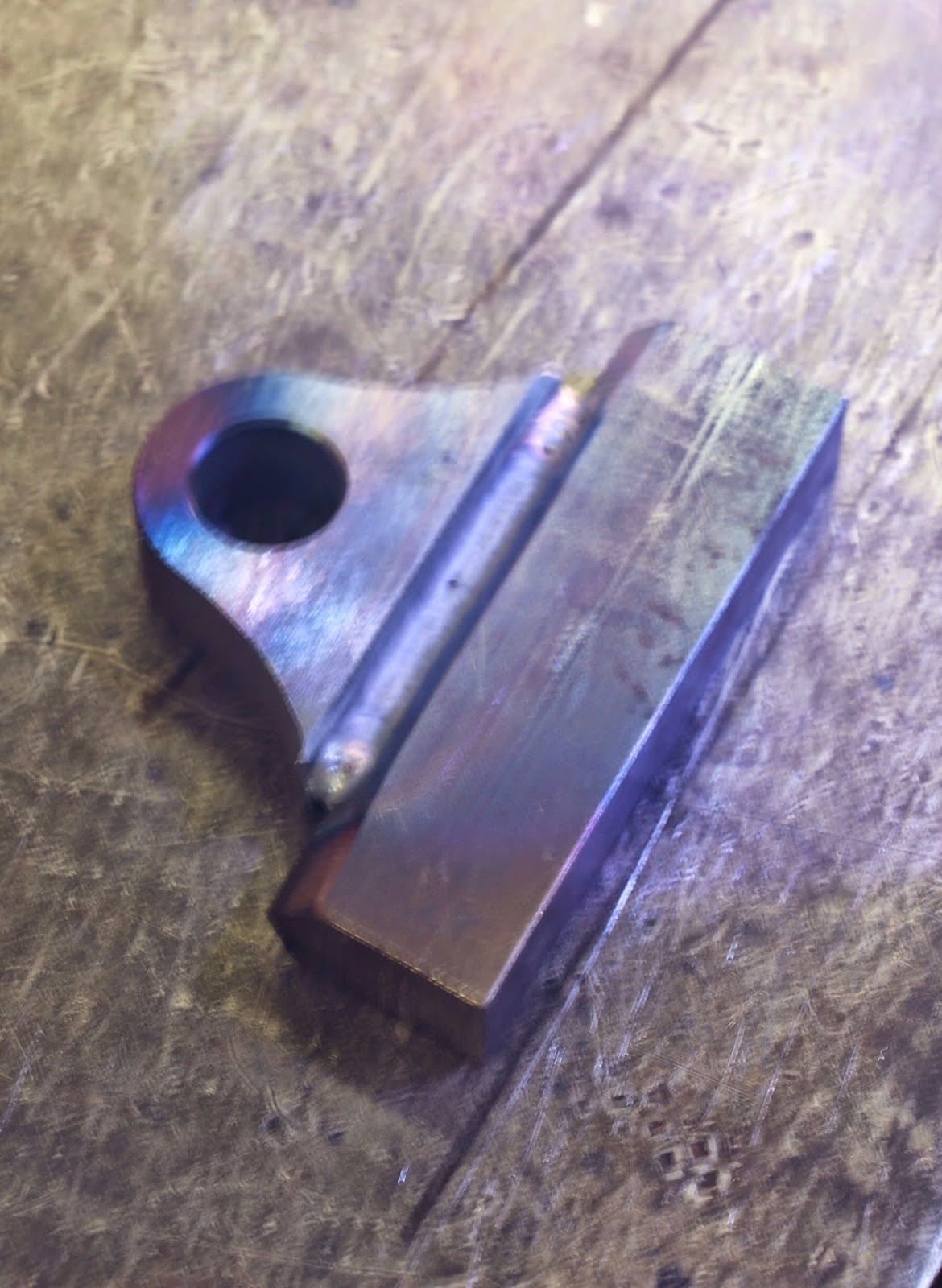 Once TIG'd, mount and extension are now one. 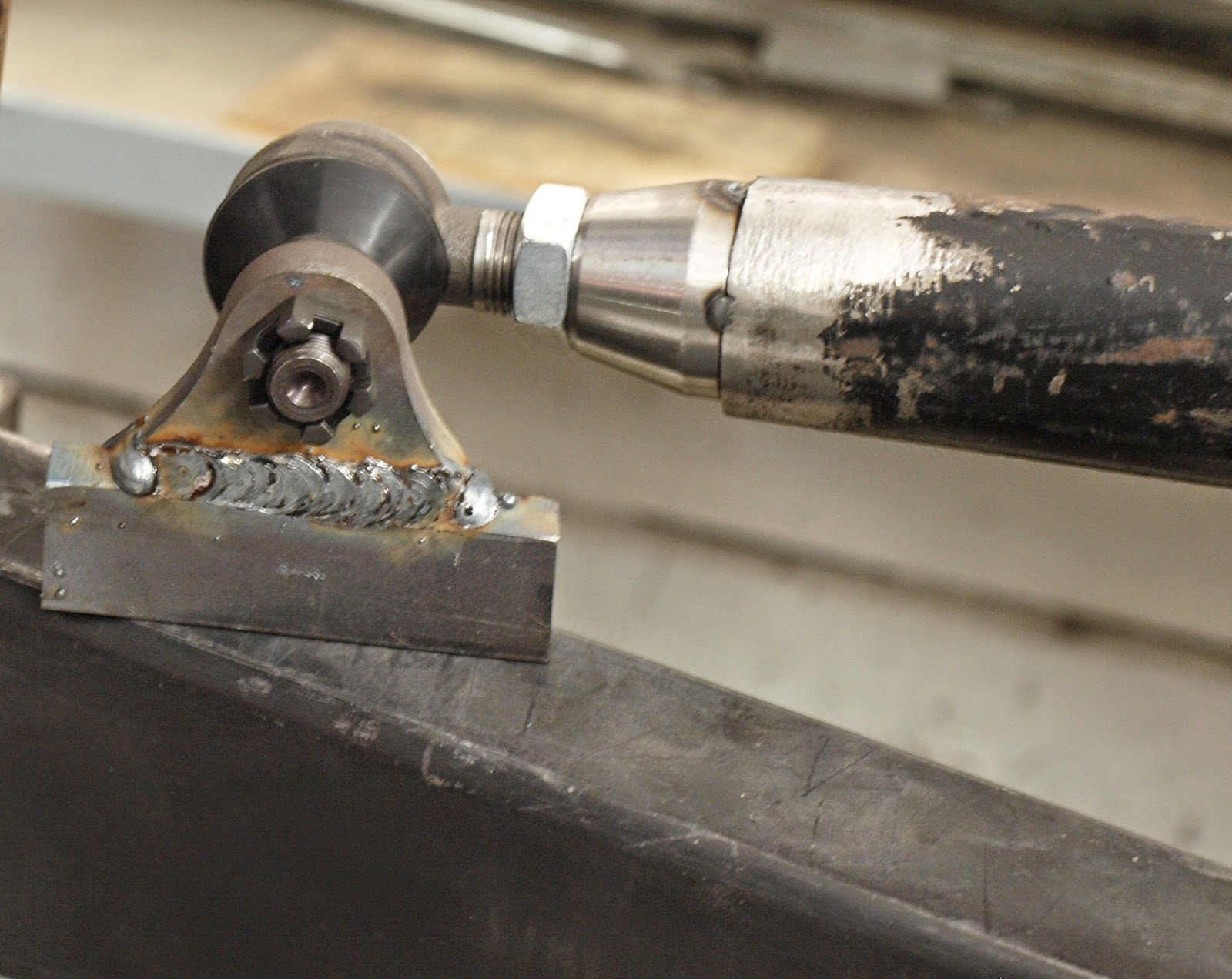 A couple miles of MIG wire filled the gap. Yeah, it ain't pretty (yet), but it's strong, and the taller mounts brought axle caster down from a high of 9 degrees to a cool and refreshing 6.6 degrees. 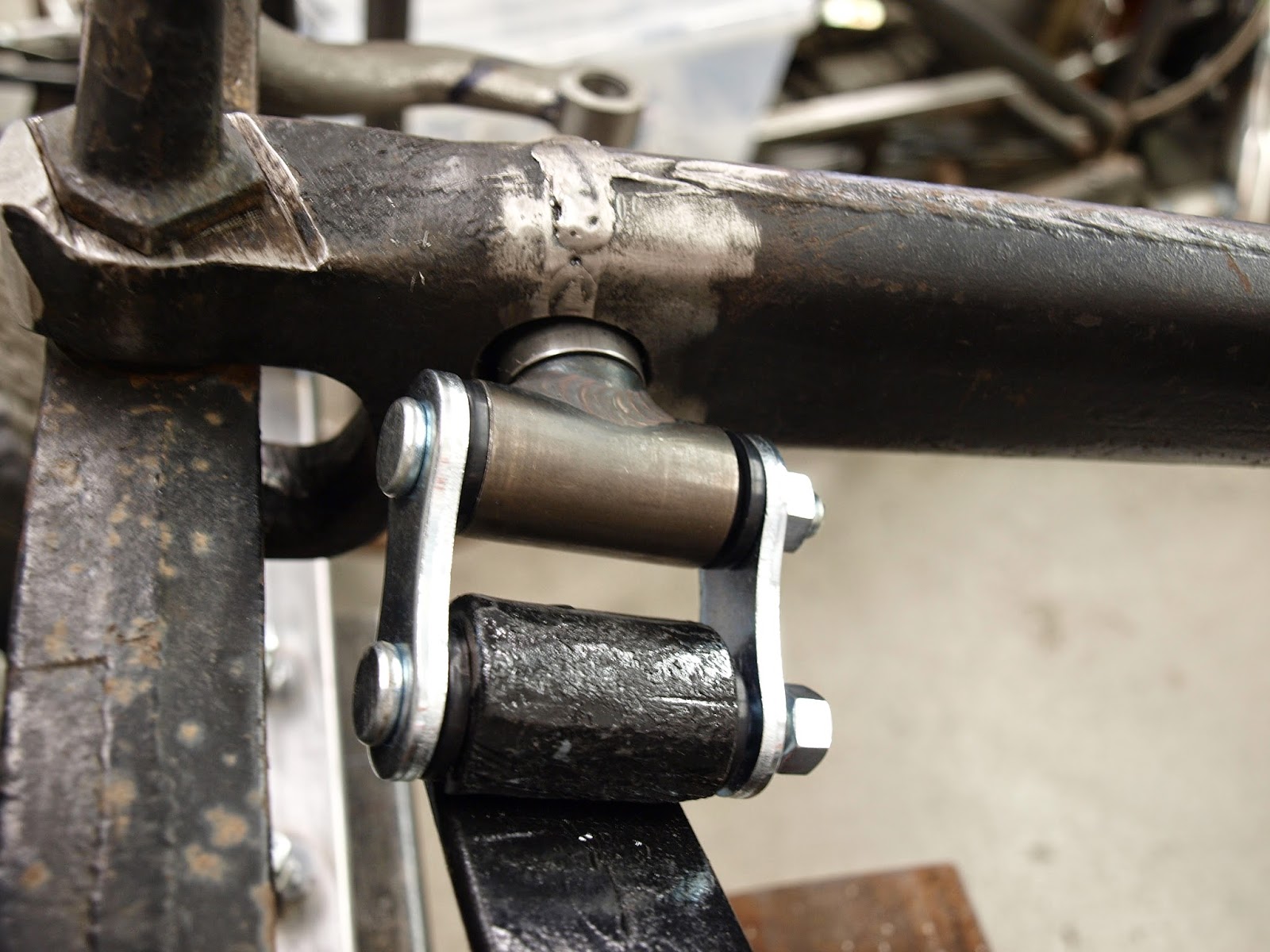 NEXT WEEK: We double-check all specs, then weld in the spring pivots. At that stage, we can finally make the front spring perch, and start figuring out the steering. Before you know it, I'll be racking up Model A miles just like Jonathan Klinger. Another note to readers: Although I've spent many years doing grunt work for some amazing shops, this project marks my first early Ford suspension work. Dr. Lockjaw is the brains behind this build, while I'm merely his loyal apprentice (going on 19 years now). Thanks Doc! 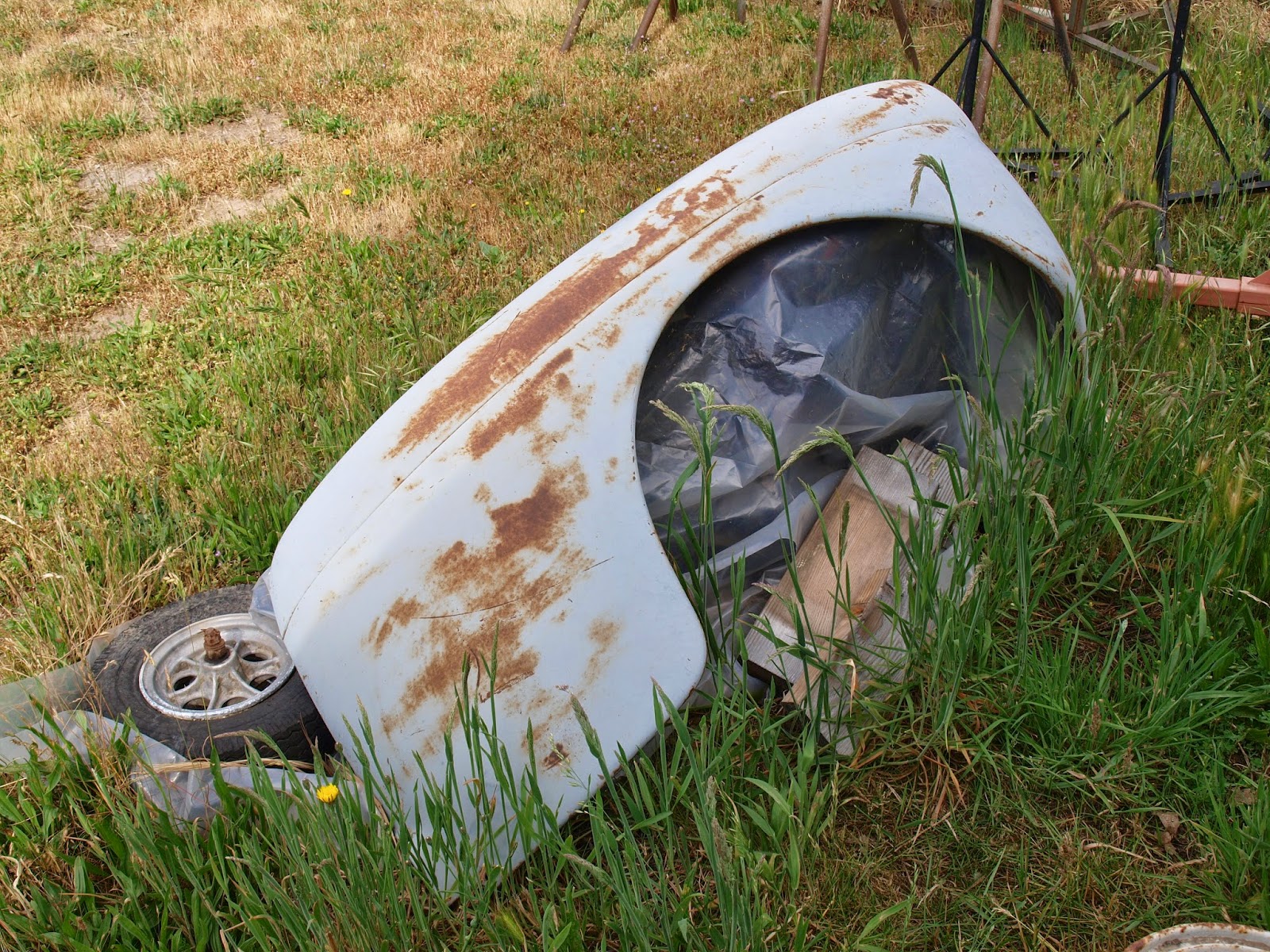 COMING ATTRACTIONS: Under that '41 Ford front fender lies the engine and transmission that will propel the Model A to Long Hauler status. Is that fender huge, or is the drivetrain tiny? More will be revealed... (Scotty shots)

Marty Strode continues prepping Lindsay's rear-engine Model T for it's August attack on the record books. This week's report details some aero tinwork that Marty laid down, in between writing feature stories for Hot Rod Deluxe magazine. Catch Marty's insight into my hometown hero in the new (July) issue! And don't touch that dial, as we'll have an exclusive sneak peek of a new project from the fabled Strode Bros. in an upcoming post... 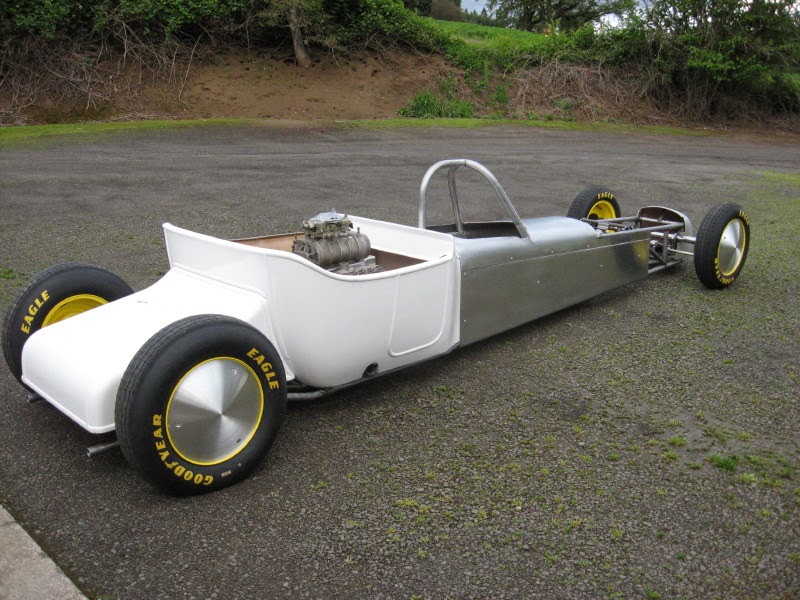 Besides front tinwork, note beginnings of oversized rollcage to accomodate Lindsay's ever-swelling head, since sales of his Little Bastards novel went through the roof. Congrats Jim! We hope you can find a helmet that fits. 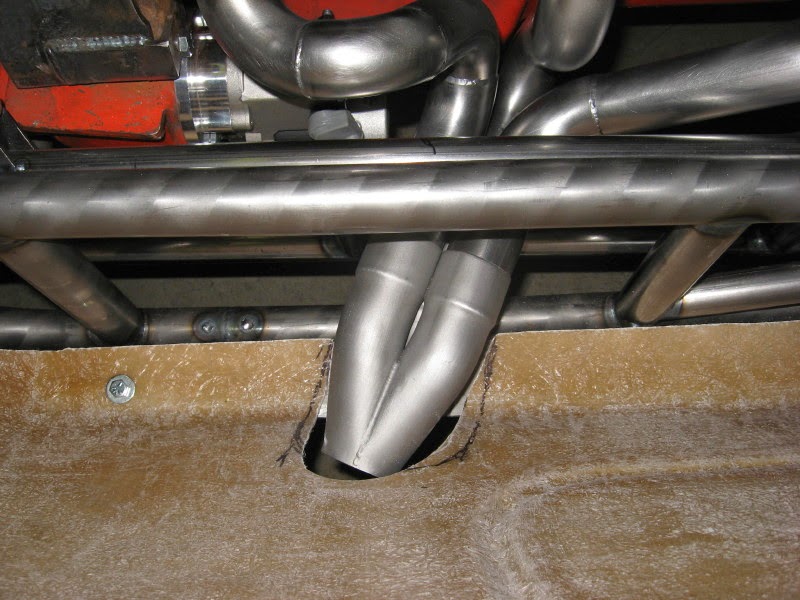 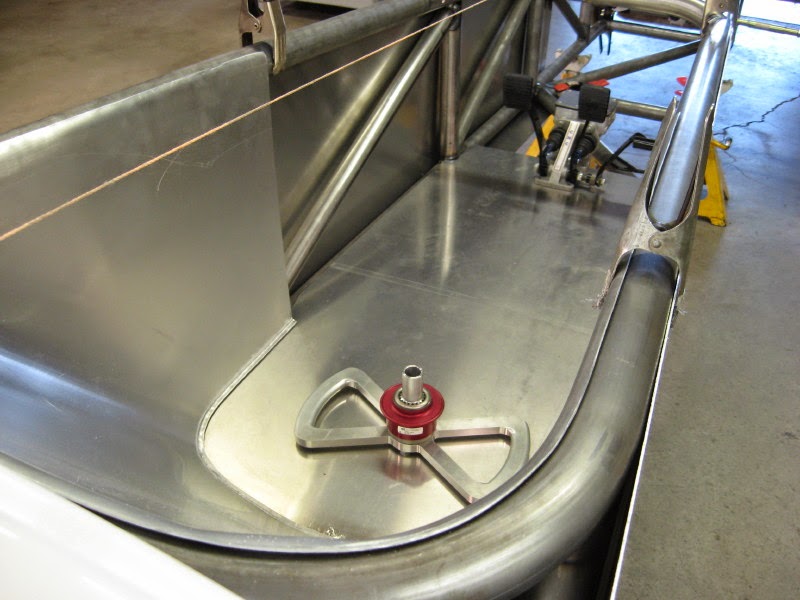 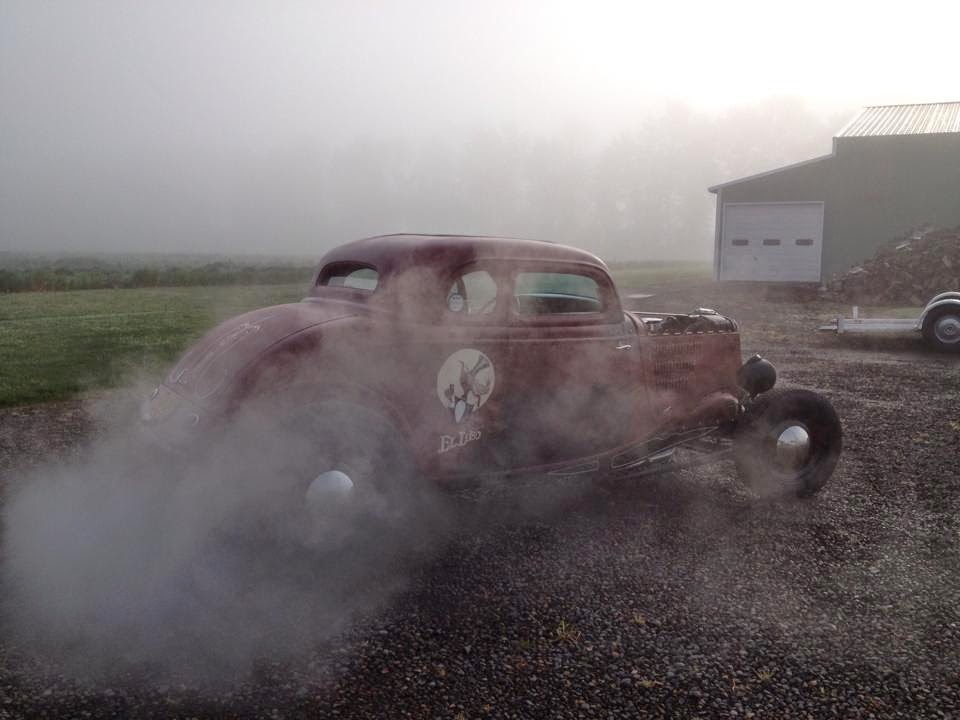 As Jim Lindsay's schedule tightens to facilitate his newfound fame, Marty Strode is seeing less and less of the esteemed author around the shop. An anonymous source supplied SGE with this spy photo of Lindsay doing chores on his Shedd, Oregon farm. (Photo courtesy of Mr. X) 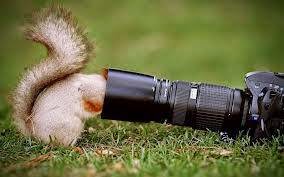 Hey kids! Make up your own witty caption for this funny photo! It's fun and magazine editors will pay you big money for it! Send your zany caption to Ro McGonegal c/o Elapsed Times 831 S. Douglas St., El Segundo, CA 90245 Good luck! 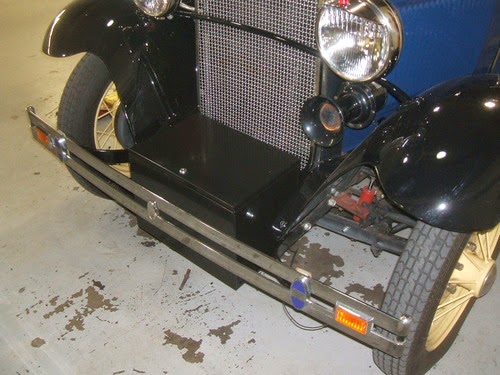 Jonathan Klinger's Model A packs oil, gas, and water in this custom made toolbox. If you've driven a stock A-bone any further than the city limits, you know these are the main tools required for survival. A welder, machine shop, and fully charged credit card should also be on your list. (Photo courtesy of 365daysofa.com) 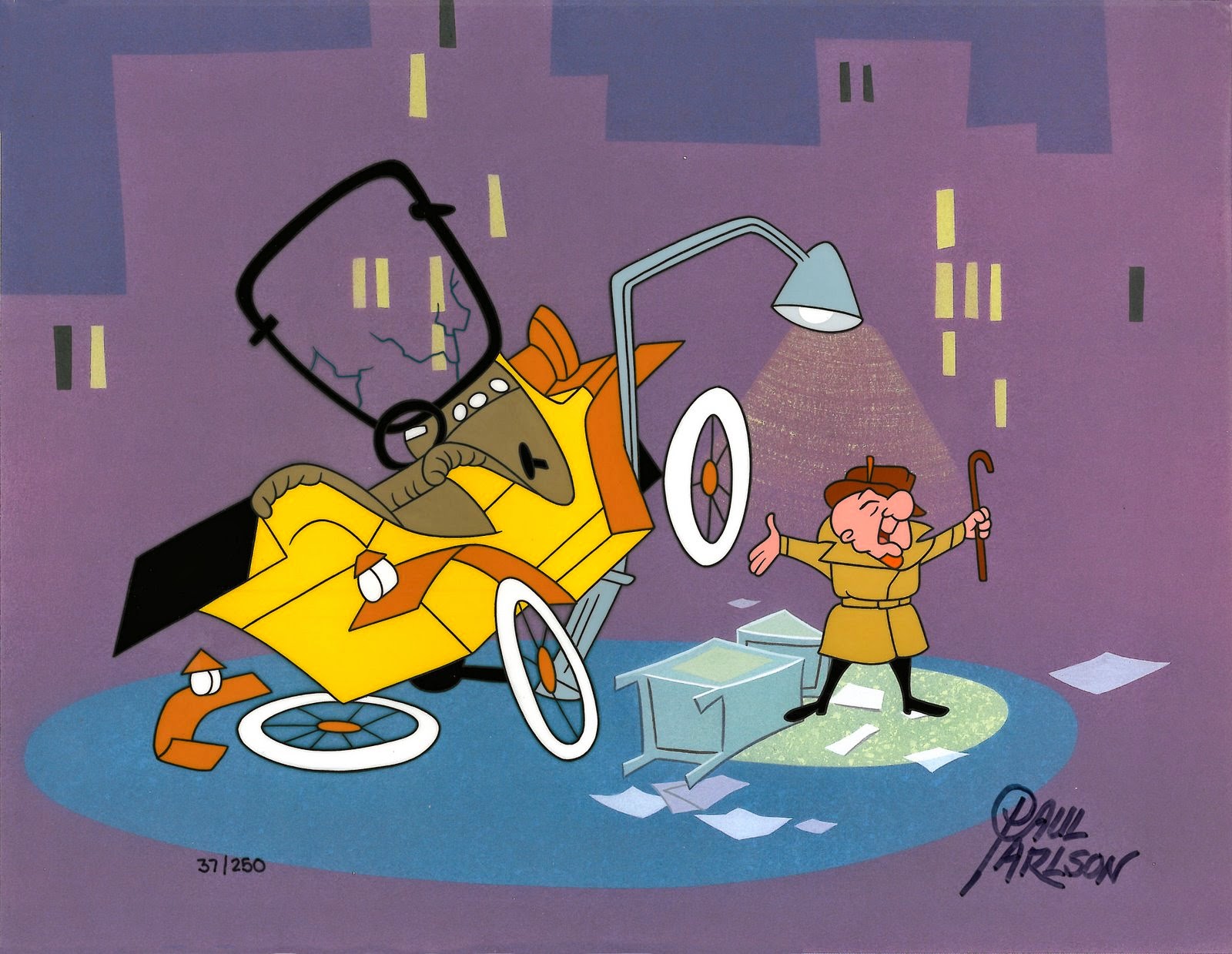 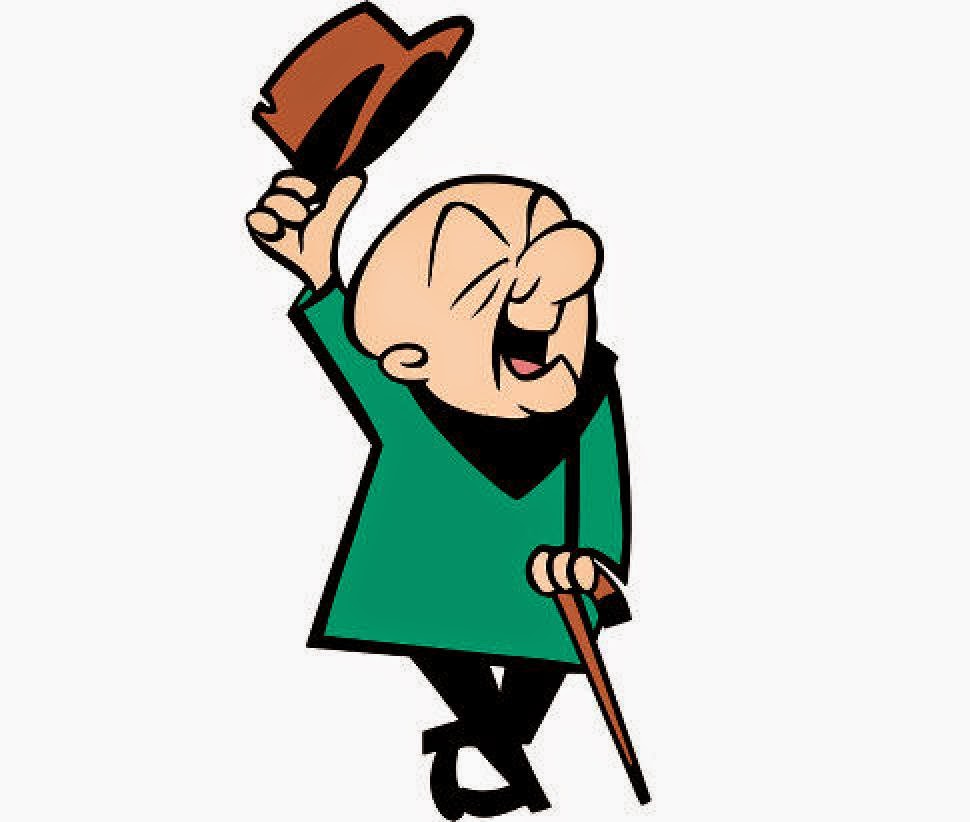 My life, from start to finish. THE END