If Steve's name seems familiar, you've been tuned into the good stuff. He and old pal Bob Furry teamed up on a canary yellow straight axle '57 Chevy street/strip sedan that graced the August 2000 cover of Hot Rod magazine. Gray Baskerville was nearly killed getting that shot and the story behind it is a hilarious epic, still in heavy rotation at racetrack pits and burger joints around the globe.
Steve's been a mover and shaker on the local scene for many years and is still into it, up to his eyebrows. In the opening years of the New Millennium, I was doing a lot of musclecar stories for Car Craft and Steve's Mopar fleet seemed like a natural. When I first submitted this tale, Steve Magnante was saturating the (then) Primedia pages with Pentastar lore and CC passed. I shopped it around to all the other titles, who also waived it off, probably because of my amaturish photography (performed on a freezing day with numb fingers), but all insisted they'd get back to it. None of them ever did and it's been sitting in a cardboard box gathering dust, until today.
Hear No Evil, See No Evil, Speak No Evil
By Scotty Gosson
Photos by Scotty Gosson 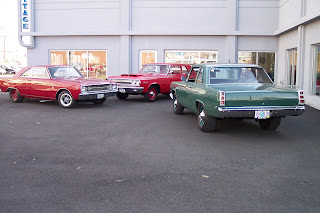 To the point. Surgically clean. Tastefully understated. Brutally honest. Viciously fast. The anti-bling. Why don't we see more of this? Here are three different approaches to building killer street/strip cars out of pedestrian sixties iron that the megabuck collectors passed on. There are no rules in this game, so why aren't more people playing? It's an inside deal - you either get it or you don't. Get this: 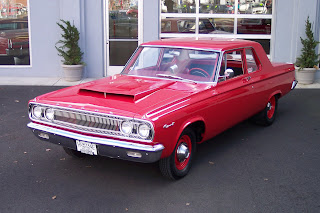 Originally built over twenty years ago at "Moshers Musclecar Motors" in Monrovia, California, it's still holding up very well, thank you. These build ups are pretty much routine for Mopar guru Bobby Mosher: Blow car completely apart; strip everything to bare metal and rub on everything until it's perfect; stab in a relatively mild big block (440 with 426 wedge decals on the valve covers and a crossram intake for style points); cam with plenty of hair on it, and earthquake exhaust to add interest; prep a 727 automatic for battle and match it with an appropriate torque converter; make sure the 8 3/4 rear is bulletproof and loaded with a 4.10 gear; delete rear seat and replace factory bench with Dodge van buckets; garnish with period correct Sun tach; repaint body factory color.
Simple, huh? There are no trick parts, and no sleight of hand or anything cute about the build-up. The hard part is not getting sidetracked or carried away - a little restraint goes a long way here. The Coronet blows minds on the street, with audio to match the visuals. The combination is a traffic jammer ("Grab your ankles, there's a Super Stocker in the other lane!"). And it runs easy low 13s in full street trim, with cat pee in the tank. Best of all worlds... 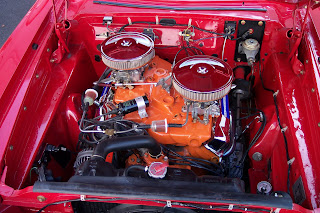 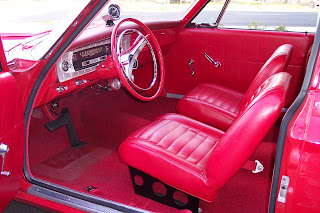 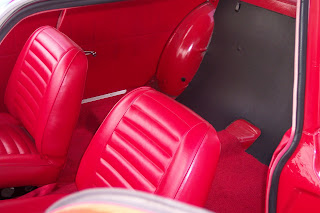 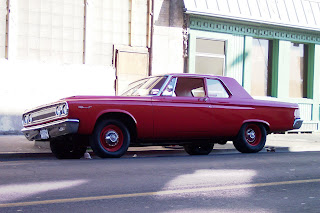 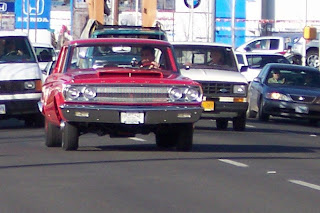 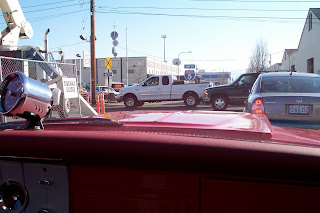 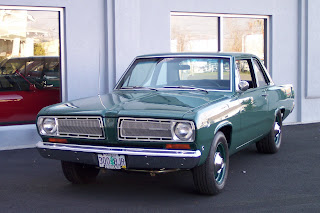 '68 Valiant
A no brainer. The Valiant spent it's childhood as a Pacific Bell fleet vehicle. These cars came with 6 cylinder/automatic combos (with the light torsion bars.) More light comes from nifty fleet options like heater, carpet and undercoating deletes. A 380 hp 360 crate motor with a 100hp shot of nitrous and an 833 4-speed replaced the anemic factory drivetrain, and viola! Instant funmobile. Shumacker motor mounts made the swap a sleepwalk. The combo was refined with a steering column and clutch pedal assembly from another A body, 3.91 gears and a Sure Grip in an 8 3/4 housing, and a Mopar rear spring relocating kit (3" inboard) to make way for the 275 series BFGoodrich tires and steelies (widened to 8" in back). They look great under there, enhancing the vibe without being distracting. Traction is still iffy though. It can pretty much disappear in traffic (if you're deaf), and goes 12.20s at the track. It's dipped into the ultra-low 11s on the juice. Fun and easy...
This conversion was performed by Gary Streuter and Bob Schiller of Irvine, California, back in 1997. Nothing has been changed since then, except the oil and a few sets of rear tires... 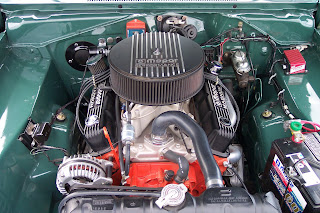 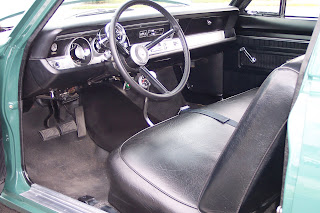 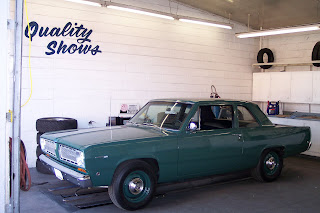 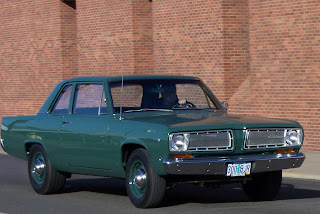 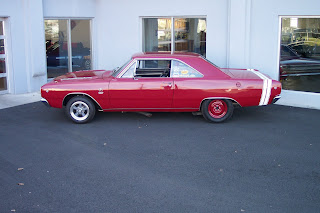 '68 Dart GTS
The Dart came with a more common form of weight reduction: genuine midwest rust. Therefore, the price was right, and since the numbers all match on this one, out came the sawzall, and in went the N.O.S. floors, rockers and quarter panels. The chassis remains stock, save for subframe connectors and a 3.91 posi pumpkin. The wick was turned up somewhat on the original 383 with the obvious bolt-ons, but nothing that would take it past the point of no return, if a resto were ever desired. Exhaust cutouts are the most exotic pieces on the car. The original interior was deemed adequate, and left as is. Again, the wheel and tire combo defines the cars personality, with the rear steelies and front American Torque Thrusts telling you everything you need to know about this car at a glance.
The plan from the beginning was to make it a daily driver, and so it is. We've spotted it at the grocery store, the parts houses, and every joint in town that serves lunch. It's a regular at cruise nights, and the drag strip, where it runs very consistant 13.20s (and has flirted with 12s on ocassion). A reality ride with true balance. Proof? The owner is always smiling... 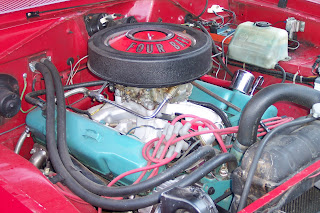 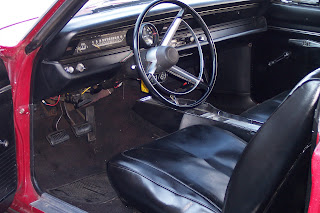 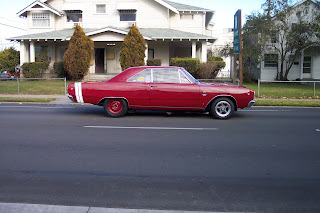 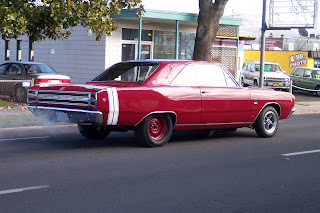