Traditionally, Tuesday is blog day at SGE. But for the last couple of weeks, I've been roadbound and putting in 16 - 18 hour days in the office, chasing the deadline for the latest CarTech book, sketching up the next one, and cramming in features for Hot Rod Deluxe in my 'spare time'. I'm not complaining. That's just how it is sometimes.

During this latest thrash, I've twice sat down to update the blog and twice had nothing to offer. Drained. I'd love to write about what I've been writing about, but that's classified material until it's published.

What I can tell you is that I'll be covering the Viva Las Vegas Rockabilly Weekender for Hot Rod Deluxe, April 5 - 8. If you're in the neighborhood, look for the acid casualty wearing the filthy HRD T-shirt and say HI. I'm bringing a few Rat Rods books with me, in case you need one. CarTech is trying to line me up with a vendor booth, so I might even sell some, all legit-like. Will also trade for food, gasoline, or parts. If you're not familiar with the Viva Las Vegas event, Google it and you'll get the picture faster and clearer than I can explain it here. I'm looking forward to the challenge of covering the wide-ranging happenings (on foot) for four days and four really long nights. Luckily, I've been in training for this for over two weeks now. I'm using the trip as a vacation. But you know I'll be sniffing out the real story in spooky alleys, littered motel parking lots, and even stranger motel rooms - and will reveal the beautiful ugly truth to you right here, if I survive. Promise.

Hopefully, you'll have something insightful and inspiring to read on here in the next few days. I'm bound to come up with something blogworthy soon, right? Until then, here's some out takes from the Rat Rods book to pass the time. You deserve better. Unfortunately, the tank is on 'E' tonight.

As always, there were plenty of interesting cars that didn't make it to print for various reasons. Here's some random thumbnails I received that didn't work out... 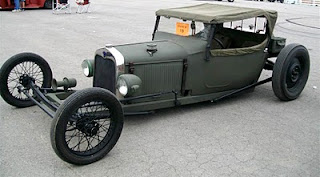 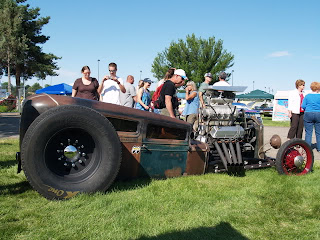 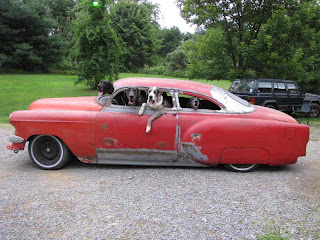 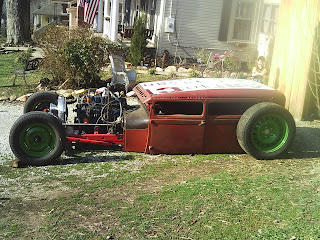 I wanted some import and/or late model examples, to illustrate the 'use whatcha got' ethos to full effect. Wish these would've added up to something... 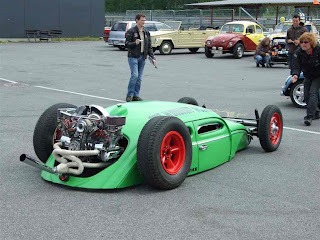 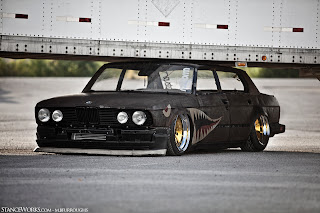 Okay, actual out takes from the book... 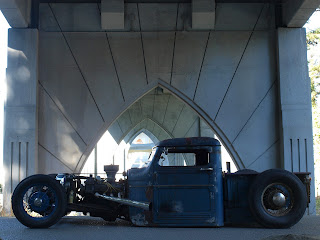 Hiding under a bridge in Coos Bay with Matt Springsteen's Jeep, waiting for the cops to leave.
(Scotty Gosson photo) 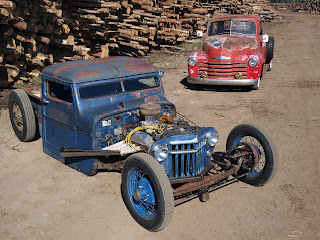 Busting into a mill early on a Sunday morning for a photo op with Matt and his dad's daily driver Chevy pickup. (Scotty Gosson photo) 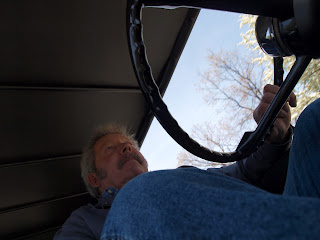 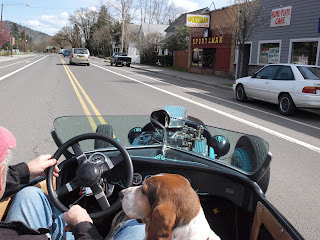 Laurey (and Norton) Dixon takes me for a sideways ride down the main drag of Gold Hill, Oregon in their Studebaker roadster pickup. I'm on my knees in the bed. Wish I could've caught some tire smoke in this shot. (Scotty Gosson photo)

The closest I've ever come to being killed on the job. A millisecond after clicking this, the log truck took the bridge at full bull. I was a good 6" off the road, but he charged me anyway. 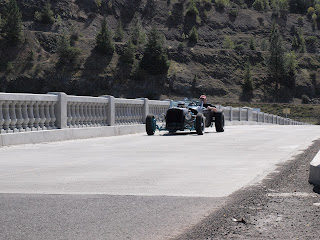 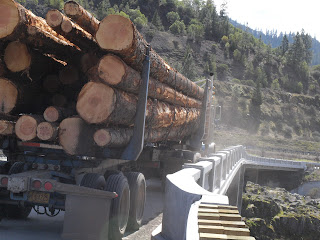 I shot his ass, then peed in the bushes. (Scotty Gosson photos) 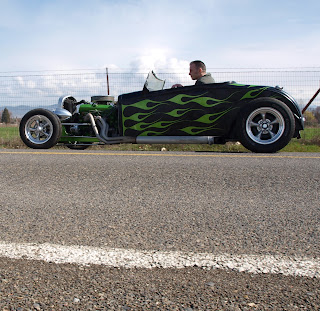 Chris Darland, breaking several laws at once in his '32 Chevy roadster, on the road in front of his house. He just barely nicked that fence post, but it was a goner. (Scotty Gosson photo) 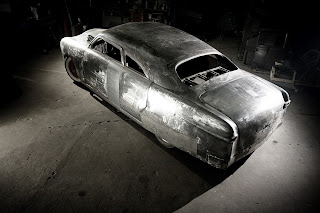 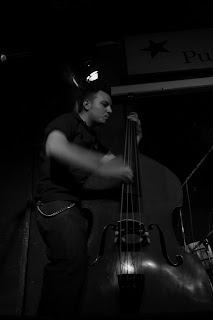 Patricio (AKA Path13) feeding his soul after hours at an undisclosed location in South America.
(Photo courtesy of Patricio Germano, I think) 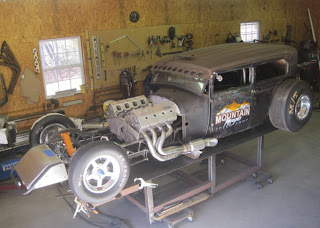 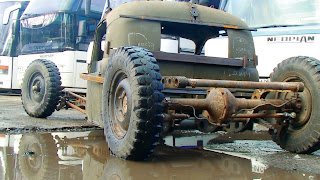 Sergey Sadovnik's severely cut down Red Army transporter in mid-build at the bus service shop where he works in Odessa, Ukraine. (Photo courtesy of Segey Sadovnik) 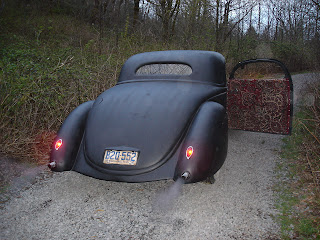 Collin Surbert's '36 3-window, warming up for its maiden voyage: Washougal,Washington to Viva Las Vegas. Made it there and back, drama-free. (Photo courtesy of Collin Surbert) 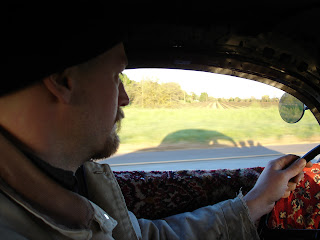 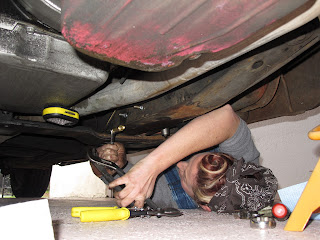 This has to stop somewhere, so here's Kristin Martin, installing new brake lines on her '55 Stude. Just got word that after decades of nun-like existence, Kristen finally met a guy worthy of sharing herself and the Studebaker with. Congrats on the engagement, you crazy lids! We'll see the three of you out there on the road to somewhere... (Kristin Martin photo)