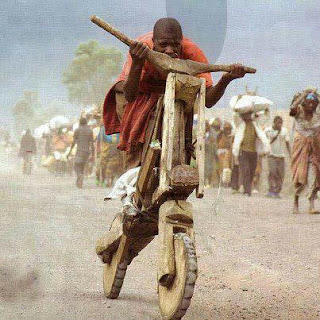 The epitome of a winner, in my eyes. This guy embodies the hot rod ethos, period. Driven!

Previously on Scotty Gosson Exposed... We offered my new ink pen, socks, underwear and seven gallons of cat-pee gasoline to the first responder to our fabulous giveaway gala. And the winner is... (drumroll)...(damn these quality American envelopes)... Okay, uh, let's see here. Oh, it's up-side-down... ah, here we are: Little Scotty Parkhurst from Snowball, Minnesota! Congrats, kiddo. The gas is long gone now, and I haven't had time to get the pen, socks and underwear yet, so I'll just send you my old ones (the pen doesn't work anymore, but my infamous fingerprints are all over it. Might fetch some bucks on eBay). Of course, there will be some shipping and handling charges, state tax, excise tax for the gasoline value, etc. Your package will go in the outbox as soon as I work things out with my secretary (currently in the Federal Witness Protection Program), which shouldn't take too long. Parkhurst works for a top-secret behind-the-scenes agency in the automotive aftermarket, currently supporting Optima Batteries, which is owned by Johnson Controls, which I believe is owned by the Department of Defense.

Also mentioned in the previous post was my impending triple-deadline, which I survived intact, for the most part. That desperate thrash eliminated last week's session at James Drive Studio, so nothing got done on the recording project. I did make it out to Dr. Lockjaw's Custom Metal shop for an abbreviated day of work on my Model A project (I dropped one of the freshly tapered frame rails on my toe, so now I walk funny-er). Between all of that, plus foraging for food and shelter, I'm still slammed with work. So this will be a pinched-off blog entry. But it appears that most things in Scottyville will be back to normal(?) by next week. Until then, here's a picture of some old cars. 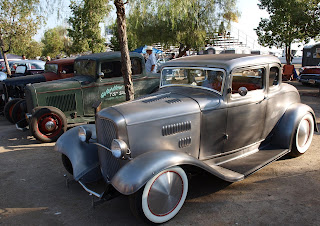 Until next time, amigos!

Posted by Scotty Gosson at 10:56 AM No comments: