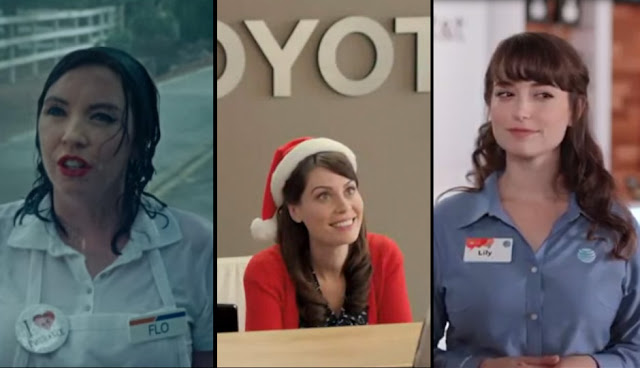 Relax, Mets fans. The reference here is to the latest wave of television pitchpersons. Their goal is to hold our attention for ten seconds - universally deemed ample time for network advertisers to jackhammer a billion suggestive subliminal messages into our subconscious via deadly cathode rays.

"Cold as hell." There could be no more accurate oxymoron to describe the frozen Thanksgiving weekend of 2015 in southern Oregon. All things being relative, it may have only been cold as heck, but felt cold as hell to my Hello Kitty sensibilities. Anyway, I caught a damn cold, so the weekend was spent catching up on my television viewing, while warding off the chills, the sweats, and the snots. Of course, in between the racing, football, and hard news, I was assaulted by a barrage of unfathomably expensive advertising, pitched by an infinite zombie army of hucksters. Most were too painfully lame to endure, but a few intrigued me, prompting the obvious question, "Who are these vanilla-edgy people?" So I did some digging.

Cursory findings indicated marketing firms to be the overseers of who pitches what. But a Nielsen Ratings scan revealed its volunteers  (our virtual representatives in Tee Vee Land) to be the ultimate judges of who makes the final cut. There is undoubtedly a lot of ugly manipulation and maneuvering behind the scenes, yet democracy appears to win in the end. So the Nielsen Family remains the true Supreme Court, much as the Force family continues to set the tone for motorsports promotion. Apparently, everyone loves a monarchy.

Unlike the ingenues featured in last week's post, today's consumers prefer their innocents to possess some edge to balance the accessibility, which can go bland faster than milk (once again, I refer you to Laurie Bird, who well may have pioneered this movement). I randomly chose three examples and dived in. 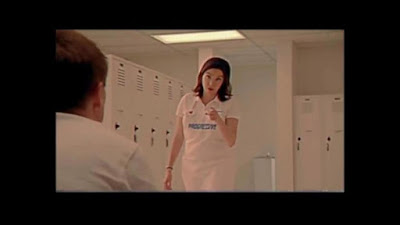 Progressive Flo: No more real than John Milner. She's actually stand-up comedienne Stephanie Courtney, who performs with the renowned Groundlings improvisational theater troupe in Los Angeles. Born in Stoney Point, New York in 1970, Courtney worked her way through the Neighborhood Playhouse in NYC, then journeyed to California, where she excelled at stand-up comedy. Courtney married Groundlings lighting director Scott Kolanich in 2008, and has mostly been Flo ever since. Courtney's take on her now-iconic character: "Nobody is naturally that perky. They'd strain something. I'd say at times, Flo is like my mom when she's at her most chipper." 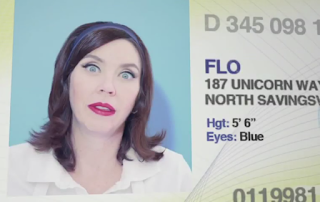 The devious SGE Research Team even dug up Flo's Drivers License. And guess what: It's forged! 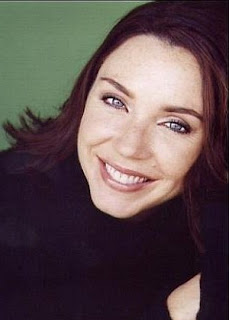 Stephanie Courtney, out of character. 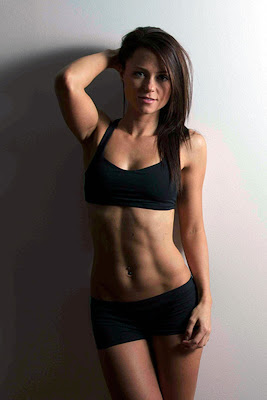 Out of uniform (sans name tag and price scanner), Courtney appears decidedly less frumpy than her Flo character. Nude photos of "Flo" circulated online were long thought to be Photoshopped, but are now revealed to be from a Playboy magazine feature on Stephanie Courtney. A gal has to make ends meet. 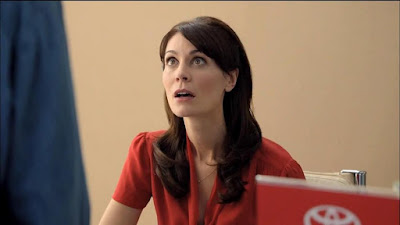 Toyota Jan: Not registered with the Auto Dealership Receptionist Union! Yet another Groundling, the prolific Laurel Coppock has been a television and film fixture for quite some time, and is most notably known for playing Emily on Hot in Cleveland, Maggie in Arrested Development, Stephanie on The Office, and Elaine on Modern Family, to name only a few. 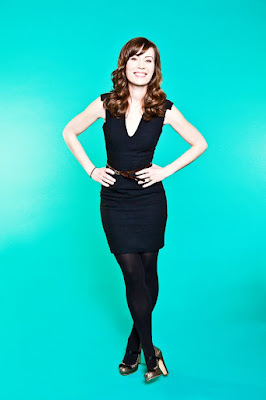 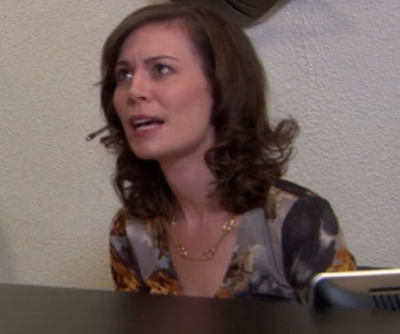 No wonder Coppack seemed so familiar. Her Stephanie character on The Office had distracted me for years (one of those weird mid-life TV crushes). 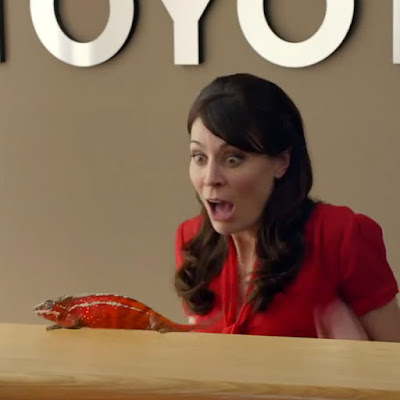 Acting! Coppock actually adores chameleons, and breeds them as a hobby. Bombshell: We dispatched Mr. X to procure spy photos of Coppock driving her Toyota, and he came up short - no Toyota at Coppock's address! Some kind of Honda SUV appeared for a brief while, then left - likely a visitor or delivery person. You heard it here first. 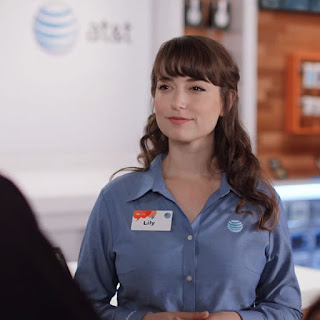 Perhaps today's most quick-witted pitcher (or at least the fastest talking one), AT&T Lily can diffuse the most awkward situation with lightning wisecracks - as long as the teleprompter is working. That's right, she's being fed her schtick on a wire! The heartthrob of countless electronics geeks is, in fact, actress Milana Vayntrub. Having not yet earned her crows feet nor smile lines, Vayntrub must perform at warp speed to compensate for the lack of visible credibility. 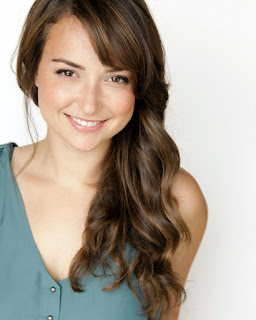 Milana Vayntrub, out of character. Cute kid. She could be your grand daughter. 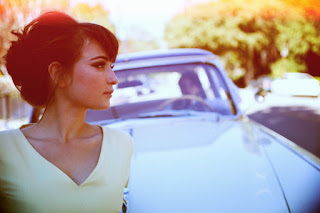 Born in 1987 in Tashkent, Uzbekistan, Vayntrub gets SGE bonus points for posing with the family car. (Apologies for bizarre blog program behavior. Vayntrub's photo may be infected with some creepy Middle Eastern virus! I blame ISIS. Meet me out at the strip and we'll settle this, you punks!) 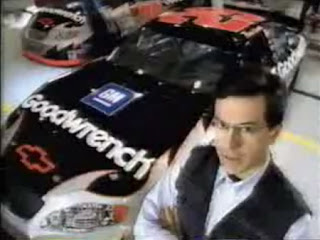 As first revealed on this blog years ago, General Motors lifer Mr. Goodwrench (as portrayed by comedy writer Stephen Colbert) launched the previous wave of pitchers. Colbert surfed that success straight to his own wildly original and revered nightly TV show. Then he broke corporate bread with CBS Television and agreed to take over The Late Show. His future now uncertain, the new neutered Colbert is weighing the pros and cons of retirement and politics. When reached for comment on the current field of pitchers, the granddaddy of the genre offered only a terse "No comment", following a pregnant pause. What is he hiding? (Photo courtesy of Mr. X)

So, what have we learned here? Nothing that we didn't already know. Unless you're an aspiring journalist - in which case the message is loud and clear: A complete lack of editorial content can still constitute entertainment, if presented with enough titillation and bombast. No one in their right mind would pay you anything for it, but it takes up space. And these days, that's what is valued. Need more proof? Read on, brothers and sisters. Or turn on your televisions. But for God's sake, stay the hell off the internet! 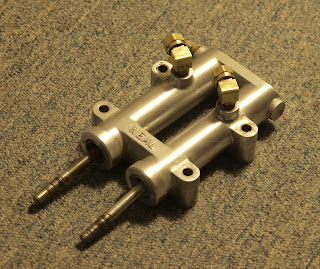 In the time it took for the Oregon Ducks to defeat the Oregon State Beavers in "The Civil War" rivalry football game (real original name, guys), this week's spare-time parts cleaning project was initiated and completed. It's a Neal tandem master cylinder (or "cutting brake"), designed for dune buggy handbrake steering. I got it a couple of years ago, via a Craigslist garage sale. It was cheap, cool, and covered with a heavy crust of hardened grease and corrosion. After teardown, a robust application of solvent, wire brushes, files and sandpaper revealed a possible solution to the SGE Model A Project parking brake conundrum: Why not go hydraulic? The right-side cylinder is junk, but the other side appears healthy enough for service. Should I plumb it to a dedicated wheel cylinder, or run it like a line-lock? Stay tuned. (Scotty shot) 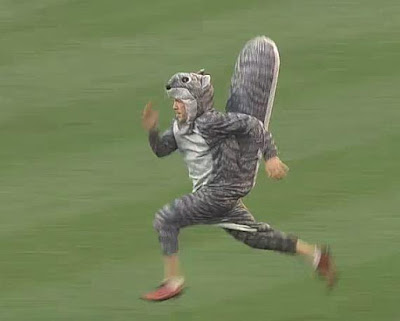 Yet more fakery: The squirrel that famously hightailed it across the field during the final inning of the 2015 World Series was actually a human in a squirrel suit! The SGE Electro Photo DNA Scope [TM] indicates the homosapien to be aspiring Chicago-area Shakespearean actor Charles Allan Pennington (infamous for his audition rejection record for dramatic roles). Further manipulation of the image by the vaunted SGE Graphics Department (birthplace of the patented Zoom-O-Ray) brings into question the possibility that this could also be a squirrel eating a human. As always, you saw it here first. 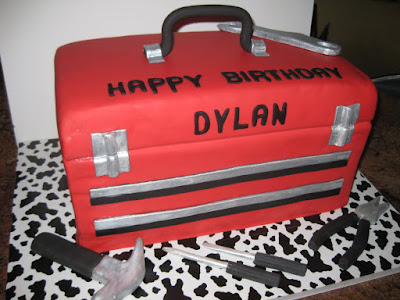 Recently discovered in the vast SGE Toolbox Photo Library: No one on staff can recall where this image came from. The soiled and crumpled notes only reference a "Chocolate/hazelnut cake, by Pam the Sugar Chef". Bottom line: Even a toolbox is not always a toolbox. Unemployed actors are substituting for everything under the sun now, including Bob Dylan's latest birthday present. Who knows what's real anymore? Check your spouse's ID before kissing. 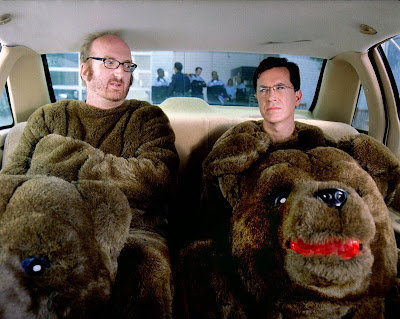