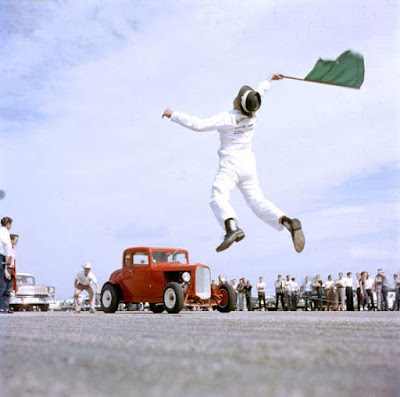 Yet more out-takes from the imminent Lost Drag Strips Too book. Again, these are just photos that I happened across in my research, knowing they would not make it into the book for various reasons. So I didn't bother collecting any information on these images, other than this: They spin my crank! The book will be available sometime this winter. Watch this page for an exact release date. 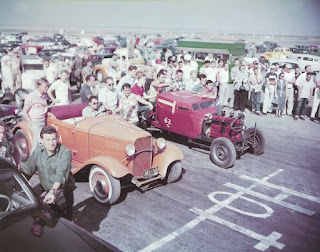 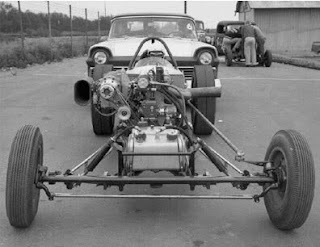 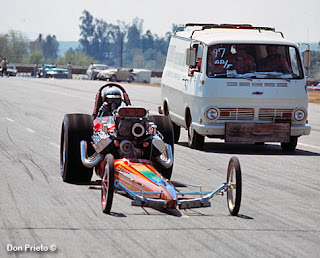 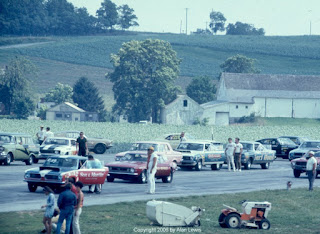 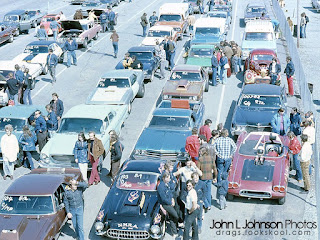 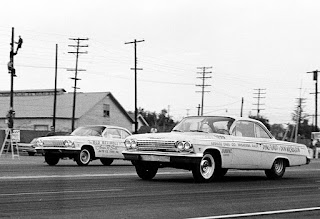 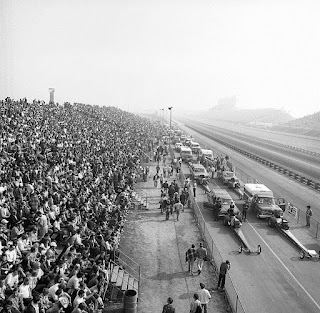 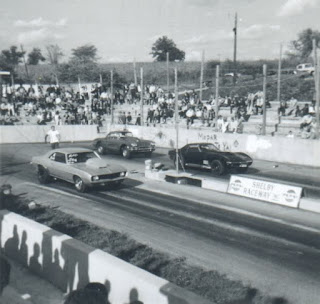 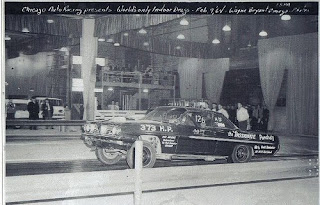 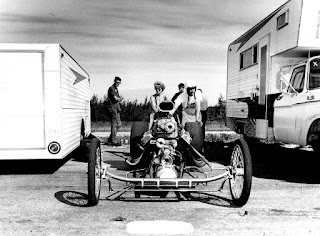 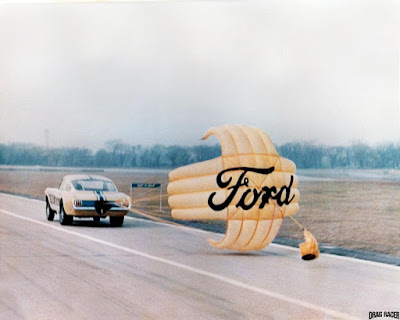 You get the picture. There are thousands of these shots clogging up my computer. But I saved the good stuff for the book. 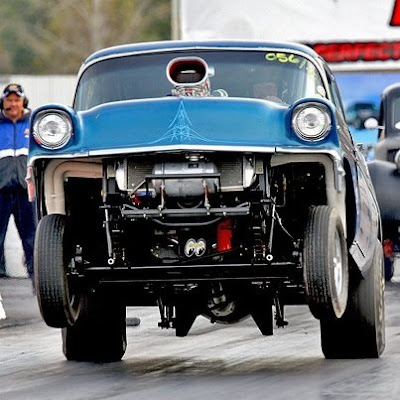 Air, spark and fuel. That's the recipe. The more air you can get, the more spark and fuel you can add, producing more grins. Simple. The above image is an example of getting good air. (Photographer unknown) 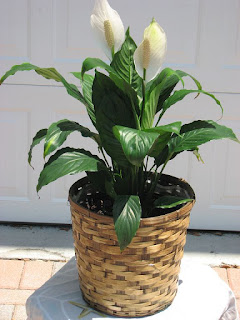 These things clean the air, providing a superior oxygen-to-pollution ratio to tune with. It takes a bunch of them to do the job, but we'd be screwed without them. Now that I'm a professional horticulturist, I can tell you that this is an example of the Spath genus (AKA Spathiphyllum, or Peace Lilly). That's all I know about plants. So far. (Photo stolen from internet) 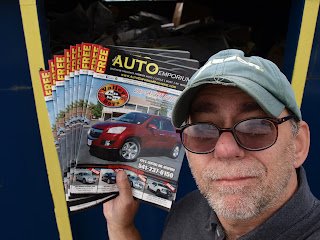 Since writing doesn't pay the rent, side jobs are mandatory. Bonus: They force me out of my comfort zone and into the real world. I delivered these periodicals for a couple of years, but that gig has dried up, launching me into the job market once again. If my new gig as a plant whisperer works out, I hope to get a new hat this year. (Scotty shot)

Possessing an awe of nature doesn't mean I know much about it. Even growing up in environmentally-conscious Oregon (boasting the most micro climates in the U.S.), my ignorance of what makes living things tick is a shameful embarrassment. That's what happens when you spend your life under a hood.

A call from my pals Mary and Elizabeth Kelly alerted me to a job opportunity last week. When they explained the gig was caring for plants, I instantly dismissed the potential rent maker as a threatening distraction from my focus on hot rodding. Until the rent came due. Then I reconsidered, and surprised myself with a leap of faith out of my pampered princess poodle world, and into reality. At this writing, I've completed four days of training, during which my ego has constantly pleaded with me to walk away and apply for a job washing parts, changing oil, or anything other than this. It's really been a struggle, which is telling: I'm stuck. That means no growth, which means trouble. So I'm wrestling through the process of deciding what my priorities really are, and why. Man, being a human is exhausting. I wish I were a plant. No wait - they're just as complex as people. I wish I were a robot. 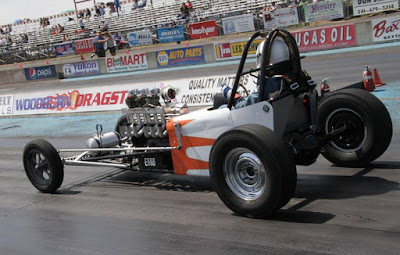 SGE Washington correspondent Walt Skoczylas took the 2015 Points Championship at Oregon's Woodburn Drag Strip last weekend with his HAMB Dragster. A jaunty tip of the SGE helmet to you, Walt! And as always, he did it with inline six power! Walt notes, "The award ceremony will be at the World of Speed Museum in Wilsonville (Oregon) this year. That should be cool." (Photo courtesy of Walt Skoczylas) 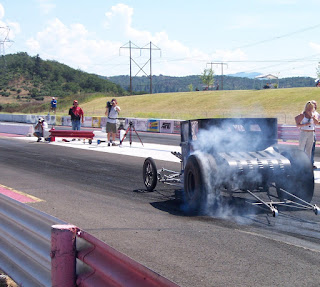 You may recall Walt as being the new owner/operator of our own Dr. Lockjaw's "Tetanus II" coupe, shown here winding up for a pass down Champion Raceway at Medford, Oregon. (Scotty shot) 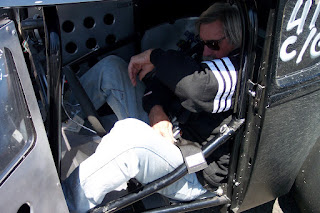 The 6', 4" doctor was a tight squeeze in the little coupe. (Scotty shot) 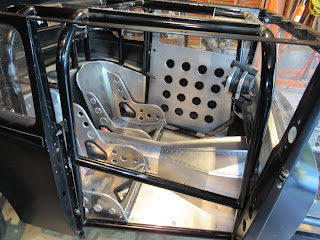 Being of a more accommodating stature, Walt opted to install stereo seating, thanks to a re-tubing of the 'cage by Twisty Ron Austin. (Photo courtesy of Walt Skoczylas) 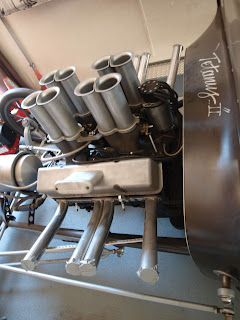 Dr. Lockjaw's trusty 383-inch alky guzzler served him well, but Walt prefers to keep his cylinders all in a row... (Scotty shot) 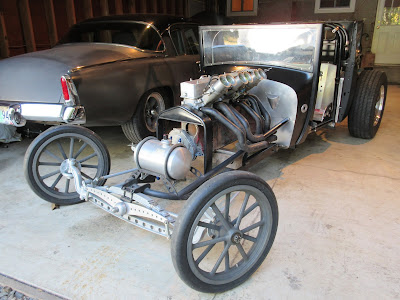 ... so the bent eight was swapped out for one of Walt's signature injected inline 6-cylinder masterpieces. The "Tetanus II" will now be serving up the yuks on both street and strip with an angry bumblebee presence. Walt declares, "It should be a runner by this spring." You've been warned. (Photos courtesy of Walt Skoczylas) 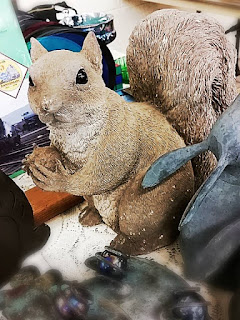 Tired of being beaned by fall acorns? Who isn't? Next time you don't get boinked by an acorn, thank a squirrel. This may be a fake squirrel with a fake acorn, but at least you didn't get nailed. (Photo courtesy of the oh-so-real Spike Kilmer) 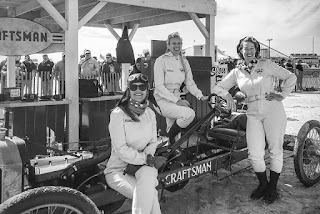 SGE National reporter Kristin Cline (far right) and friends, supporting event sponsor Craftsman Tools at the 2015 Race of Gentlemen on the Jersey shore. Behind the gentlewomen is a herd of modern Craftsman rollaways, but it is unknown whether any wrenching was performed at the beach drags. What is known is that Craftsman supports traditional hot rodding with traditional toolage. That's enough to ensure our loyal brand loyalty continuation. (Photo courtesy of Kristin Cline at www.drivingforce.com) 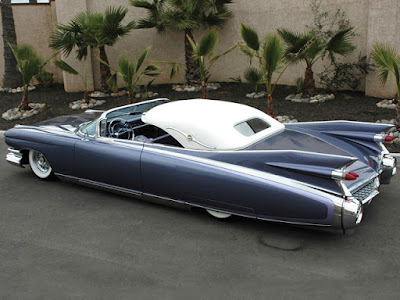 Plants provide shade for photographers and wrench twirlers, and make swanky backdrops, as well, too, also. Hug your plant today.