BEING HOMER SIMPLETON IN THE NEUTRONIC AGE 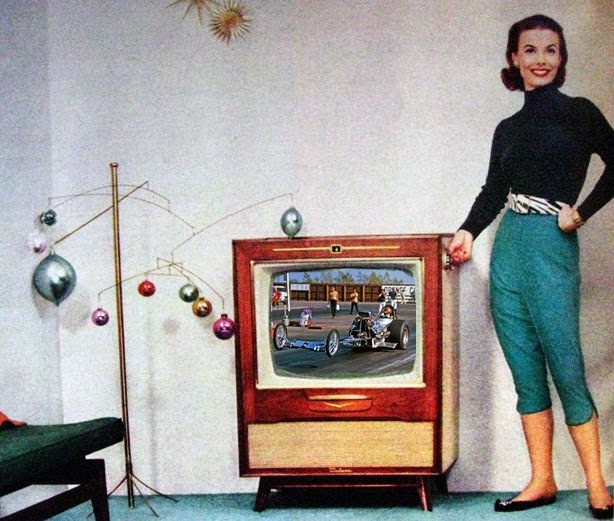 At this writing, most of my friends are at the March Meet. I watched some of it on Bangshift.com while sweating out a book deadline in the bunker. As you read this, March Meet is old news. I'm still sweating. And grinning. But I do wish I could have been in Bakersfield with my friends. 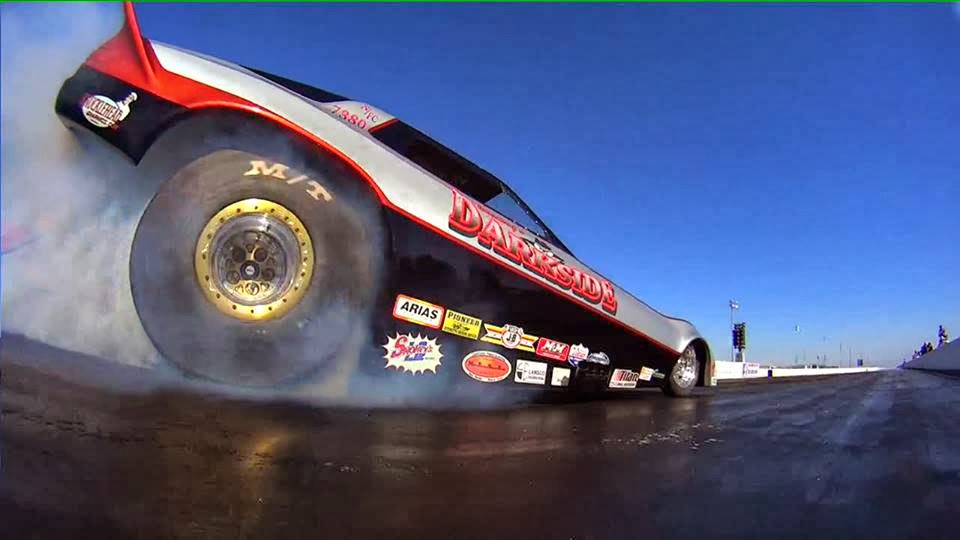 Mendy Fry had her shoe in Smokey Alleman's Darkside F/C. As far as I know, she did just great. (Photo courtesy of Mendy Fry) 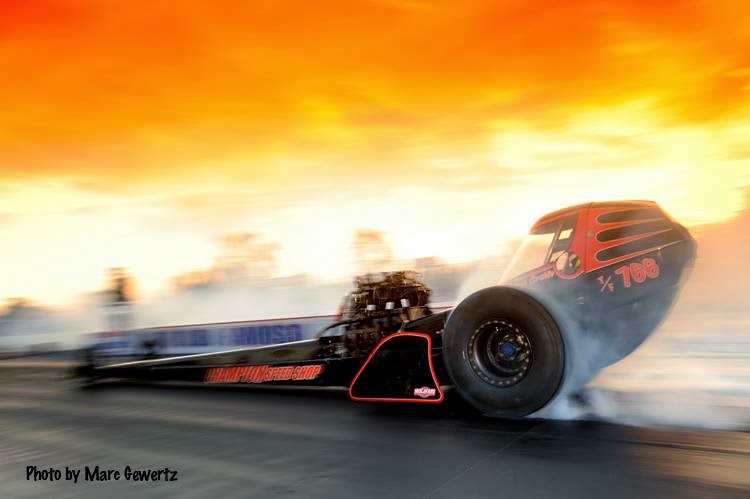 Adam Sorokin got some breaks, shed some sweat, and went some rounds, but to the best of my knowledge, didn't win this one. (Photo by Marc Gewertz)


Dear SGE Nation, I have failed you. Please forgive me. Overwhelmed by the task of reporting timely automotive news in the age of 24/7 instant digital gratification, I stooped to a lower, more common denominator, and resorted to sophomoric self indulgent haphazard "entertainment". Squirrels have eaten my brain and this blog. What happened to "The stories behind the stories"? I lost my way in a misguided ego-driven attempt to be what I ain't: Clever and current. There are thousands of other resources for such content that process and deliver it much better than I. Today marks this blog's belated return to who I am and what I know: I am an analog hot rod photojournalist.

Motor Mouth Radio (Elana Scherr returns this Thursday: www.motormouthradio.com) gets a lot of well deserved backslapping on this blog for their grassroots vocal advocacy on behalf of Northeast hot rodding. Bangshift (www.bangshift.com) does the same thing on a global scale, minus the vocals (except for inspired unscripted comments during oildowns, delivered on their live webcasts). I wish I were Motormouth or Bangshift, but I am neither. I just do what I do. But I don't do it alone.

Branded a lone wolf by some, collaboration calls to me regularly. My peer group mix includes equal parts wrenchers and worders. We're all driven by the same beautiful insanity, but the wrenchers get there faster and truer, whereas the worders tend to run off-course on the hunt for elusive meaning. Alas, many find the meaning at the bottom of a ravine or bottle, while survivors report more divine findings, then move on to penning European historical studies or Asian mathematical essays. Carrying DNA consisting of equal parts word and wrench myself (both torqued to the right of my brain, while the left side atrophies in a helium-filled vacuum), my course is set. I must bleed for speed and document the deed. God help me.

So I shall continue my digital newsboy routine. Just don't expect the news to be delivered on time. But you can expect it to be free of commercial or political bias, and reported to the best of my ability. You can also look for it to be more succinct than it's been lately (you're welcome). I've been piling up some serious overtime in the bunker, in hopes of making a May 1st deadline for the next CarTech book. Time is more elusive and precious than ever. 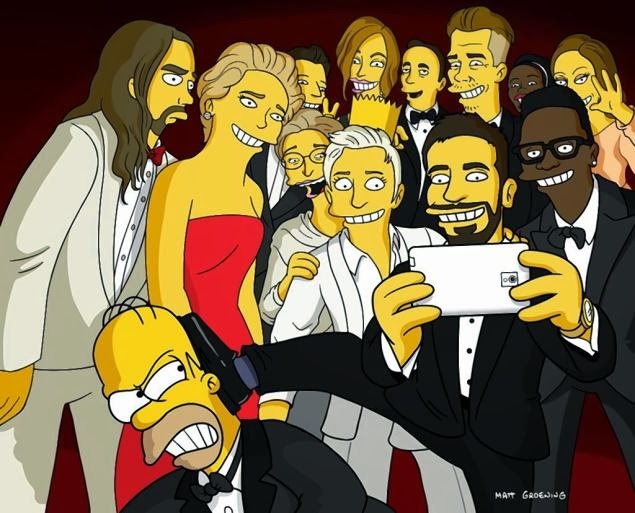 The SGE version of timely news: Ellen's selfie from the Academy Awards show a couple of weeks ago. (Image courtesy of Matt Groening) 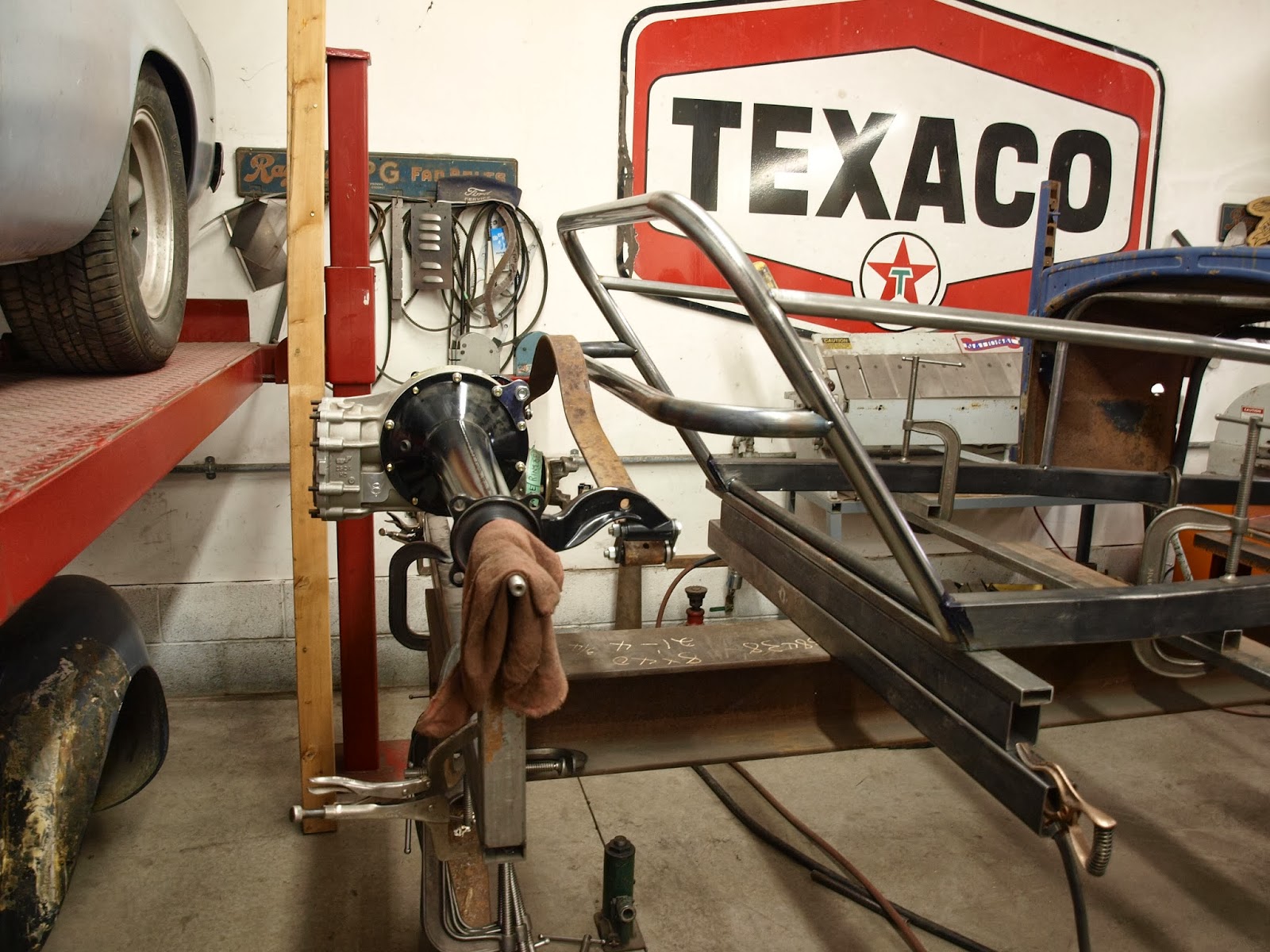 Because all play and no work makes Scotty's calluses go soft (which plays hell with my guitar technique), I get out to Dr. Lockjaw's School of Humiliation and Flesh Wounds at every opportunity, to work on my Model A. Last week we bent, fishmouthed, and tacked-in the upper rear crossmember, which will locate the rear spring perch (triangulated tubular bracing to come). 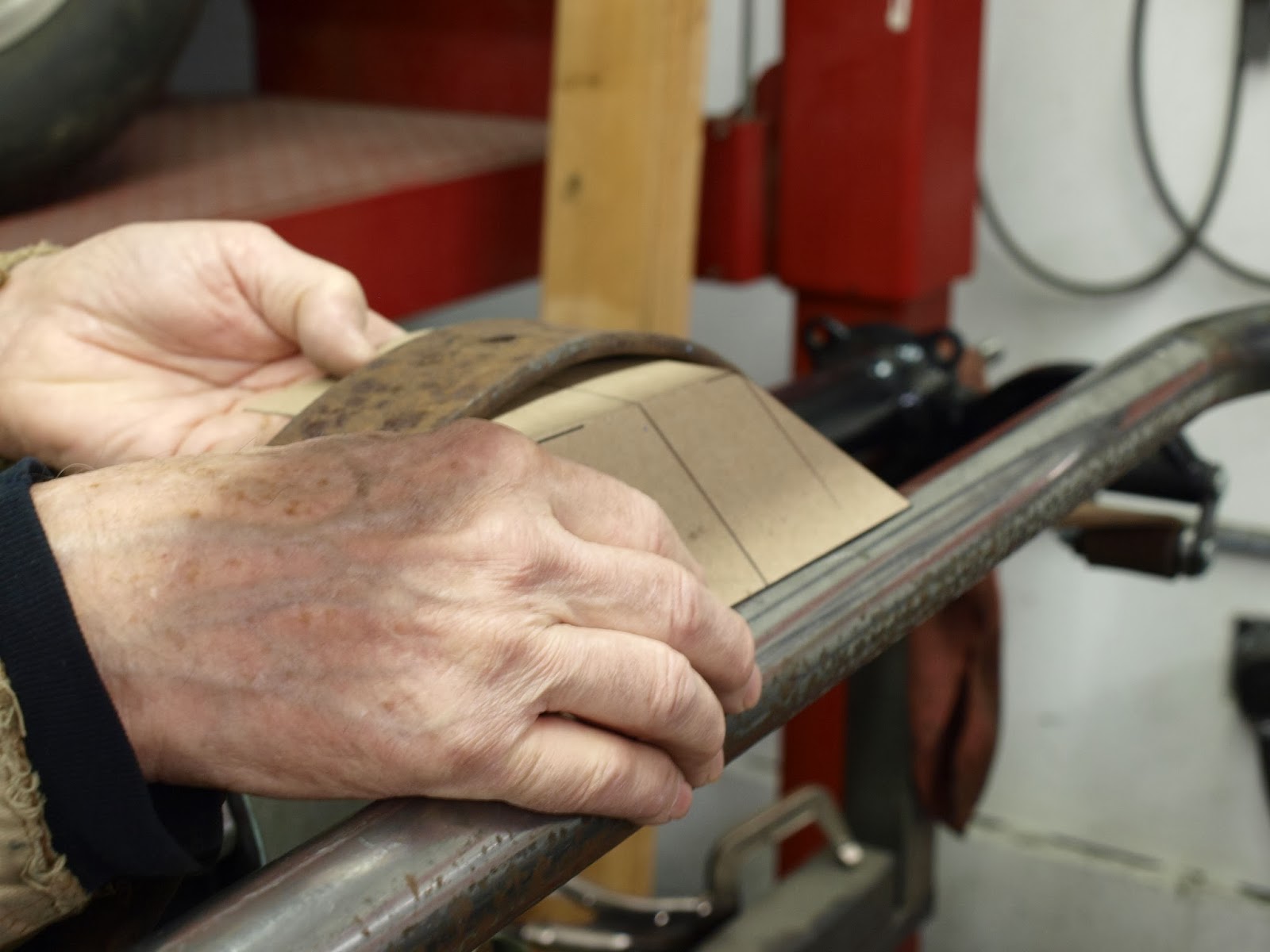 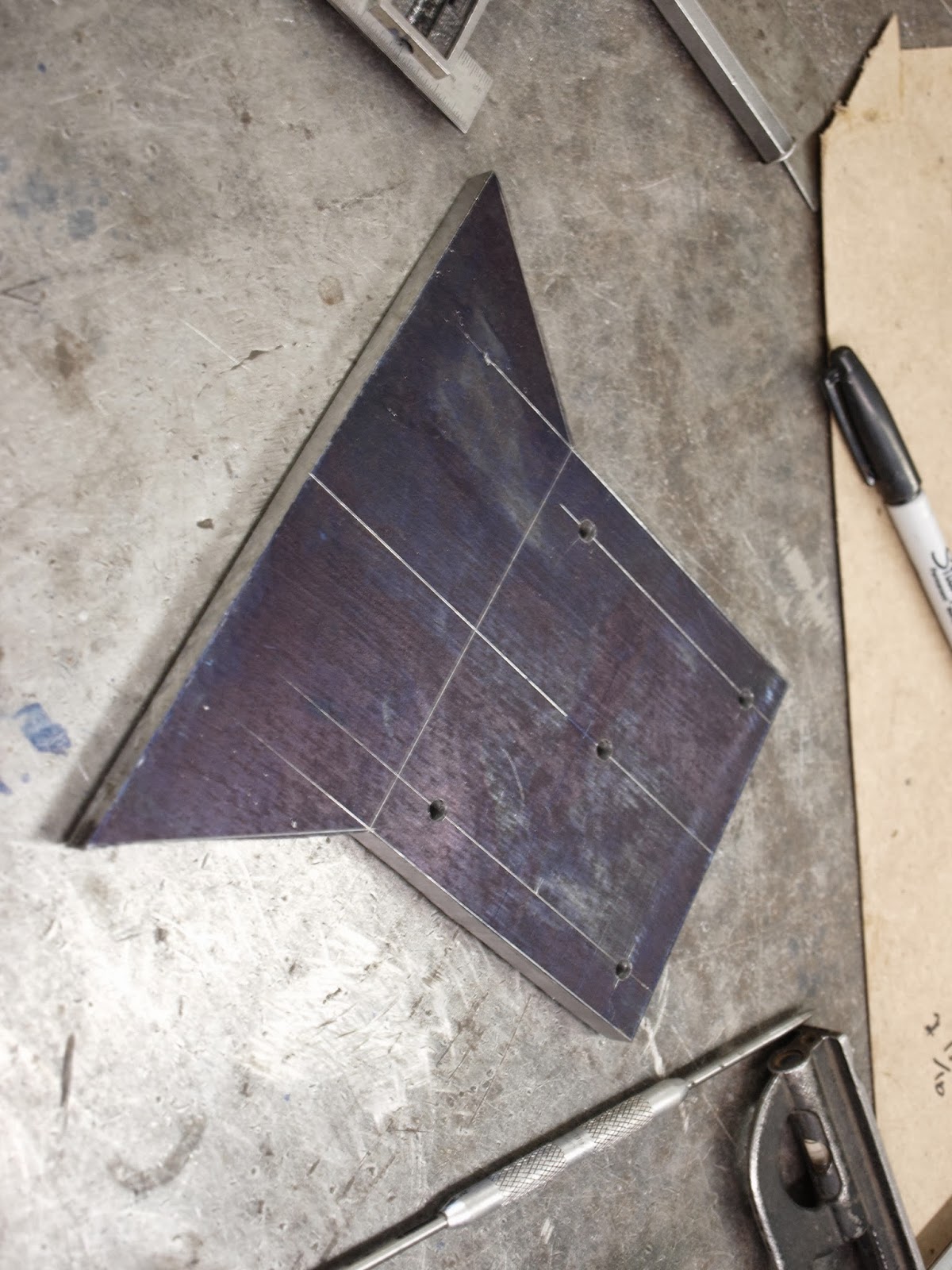 Once front and rear perches are finished and welded in, we can get suspended. These tasks are performed in the same Zen-like manner as writing, but are decidedly more noisy and dangerous. Good for the soul. Tune in next week for the thrilling unveiling of our brilliant spring perch design (which will be a surprise to us, too) (Scotty shots) 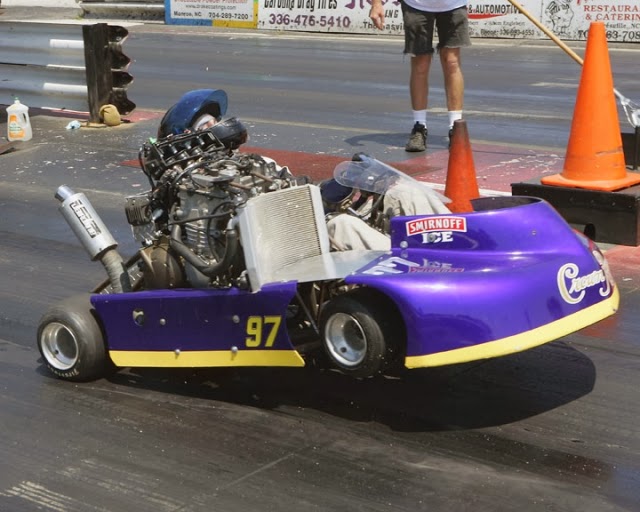 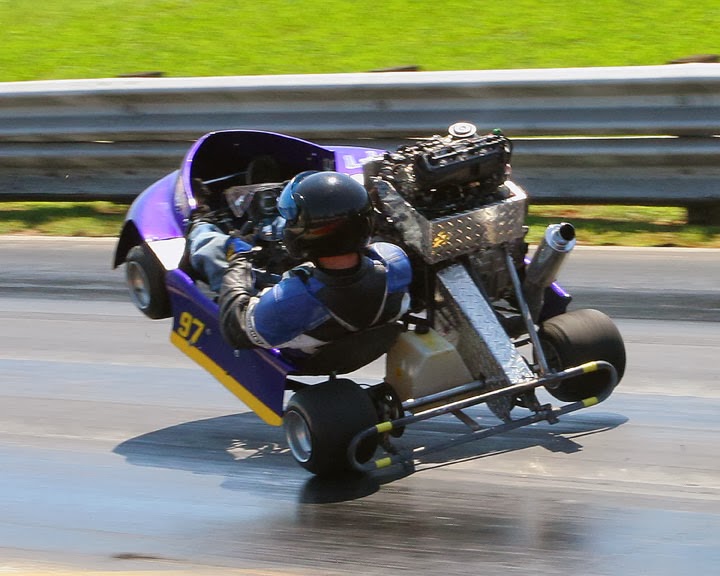 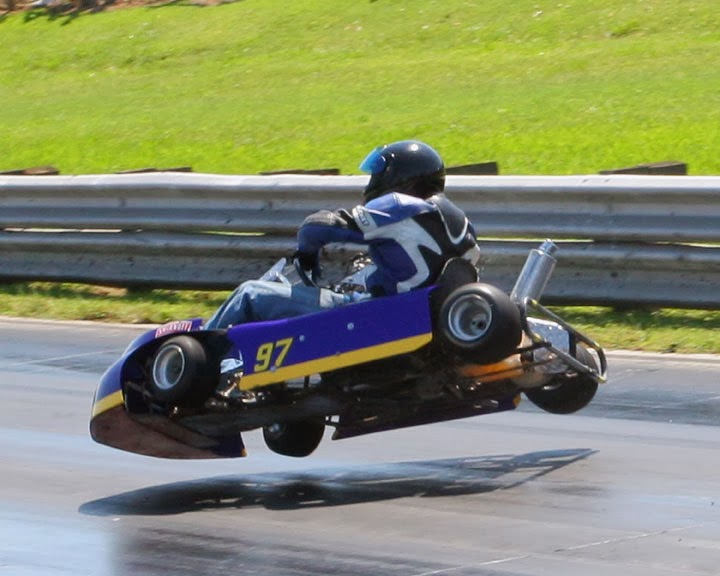 As a lifelong proponent of short wheelbase and unbalanced power-to-weight ratio, I couldn't resist this tidbit from Dragzine.com. All that's known is the engine is a 4-cylinder Suzuki or Yamaha and it's a fun ride. I highly recommend the accompanying video, shot at a wildcat strip in North Carolina: http://www.dragzine.com/news/insane-motorcycle-powered-kart-reaches-for-the-sky-at-the-dragstrip/?utm_source=rss&utm_medium=rss&utm_campaign=insane (I know, cutting and pasting links is an absolute nightmare. But it builds character. And I'll never get back the five - possibly even six - minutes I spent trying to activate the link thingy on this blog. I'm not EVEN doing THAT again!) (Photos courtesy of Dragzine.com) 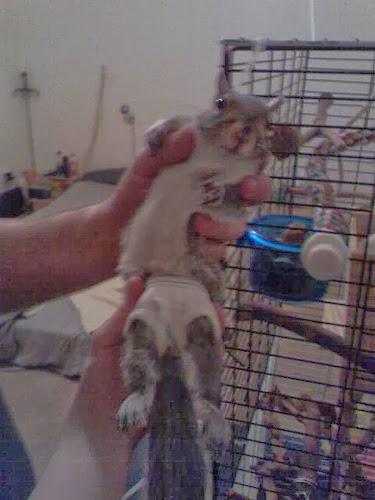 An anonymous response to last week's squirrel swag post. Someone sent it to my cell phone. (Photo courtesy of Anonymous Caller. How'd you get this number?) 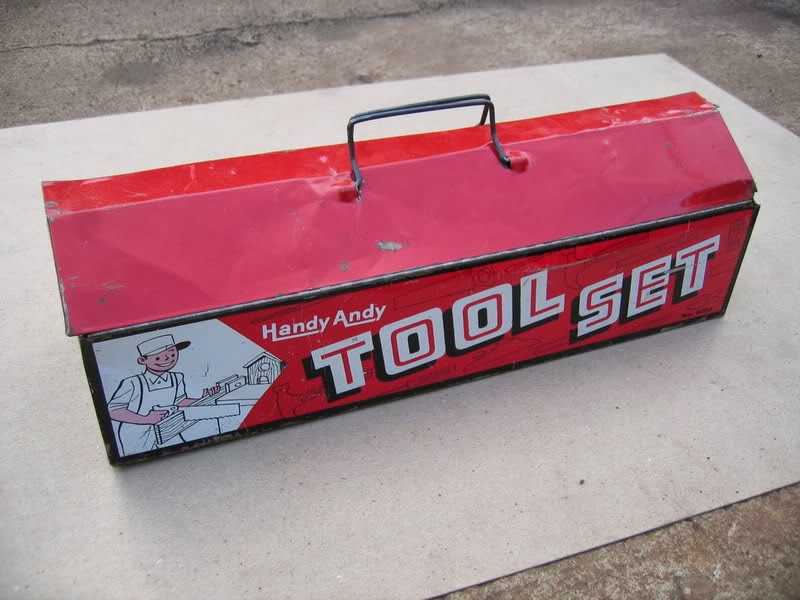 Last week we featured Kiwi Kev's garage, and man, does he have the toolboxes. Not surprisingly, he still has his first one. (Photo courtesy of Kiwi Kev)

This week's post is dedicated to the memory of Tom Medley/Stroker McGurk, the hot rodder's pal. One of the most impressive humans/cartoons I've ever met, and another hero whom I'm very proud to call my friend. 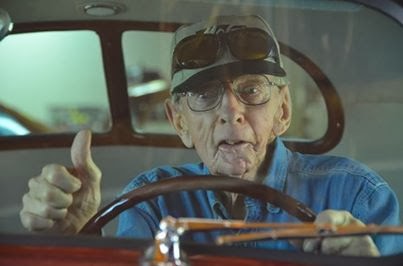 Stroker in 1975. Ageless and incorrigible. 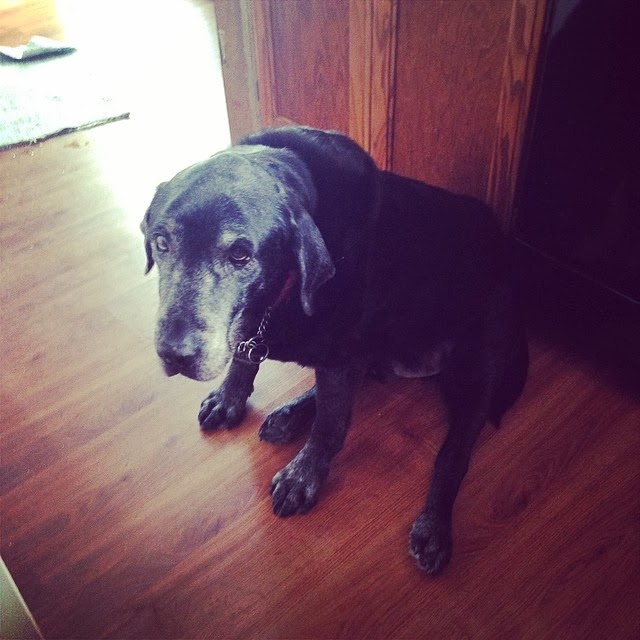 And Cletus Grote, who passed on 3-7-2014 after surviving 15 years of riding shotgun in Aaron "Plowboy" Grote's ever-swelling fleet of wildass rods and customs. Happy trails, Cletus. (Photo by Aaron Grote)

Posted by Scotty Gosson at 12:24 AM No comments: