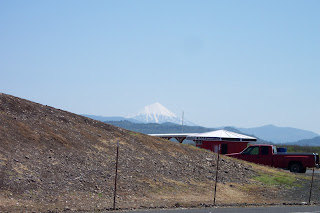 We were diehard street racers. Clueless knuckledraggers, overdosed on adrenaline, testosterone, and our adolescent egotism. Teenage street punks, cashing in beer bottles for enough gas money to get us out to the suburbs, where we'd steal garden hoses from unlit backyards and siphon enough gas to fill our tanks the rest of the way, set for a night of action. We drooled on the latest drag cars at magazine racks around town, but our reality was too far removed for us to relate in any meaningful way. By the time I turned 14 years old (1970), I'd quit school and left home to street race full time. I had it bad. An extreme case I suppose, but I wasn't alone. Our little clique consisted of roughly a dozen such delinquents and we were a fringe element of a much larger underground web that existed across the valley and spread across the entire country. Big Willie Robinson and the Brotherhood of Street Racers in Los Angeles were the heroes we aspired to, but we made do in small town America (Medford, Oregon) with local heroes from Noel Black to Mike Gilhausen to Rotten Roy Wiltse. We had everything we needed. We thought. 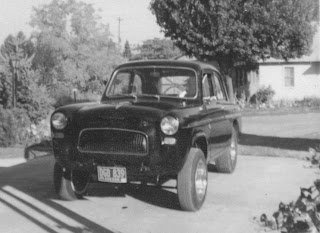 While the "older guys" like Gilhausen made statements on the clogged downtown "gut" (bumper-to-bumper cruising, seven nights a week) with nicely finished and well tuned iron, our beaters kept a respectful distance. Mine was a 283/Powerglide package in a '58 Anglia. It was fast enough to get me into plenty of trouble and lose me lots of money. Of the hundreds of races that I ran on Medford streets, I only remember winning one or two. That didn't stop me from moving up to Portland and taking on the big dogs, where I was quickly humbled and limped home with my tail between my legs. I joined the Army for mechanical and machinist training in Kansas, wherever that was.

The sharpest guy in the Ft. Riley motorpool was Tim Egan, from Wisconsin. And Tim was a kick in the pants to hang with. One night, Tim invited me along to a race. I hopped into his badass '62 Nova and we drove to the neighboring town of Manhattan, Kansas. That's where I was stunned to see my first genuine drag strip - and my life changed. I assisted Tim while he made some mid eleven second passes and was awestruck. Then the real show began: Grumpy versus Glidden, Big Daddy and Shirley, and many more! On a cow path track in the middle of Kansas, on a Friday night. Who knew? Not me. I thought this stuff only happened in magazines. But safe, legal drag racing had been hiding in plain sight (under my nose) all along. I can't begin to express the feelings of freedom and safety, but best of all was the traction! And never again would I race with one eye scanning the mirror for cops, kids, or dogs.

Soon after that fateful night, I read in Hot Rod magazine that the petition my friends and I had signed, requesting a legal place to race (back in '70), had finally landed on the Jackson County Commissioner's desk in Medford and - miracle of miracles - my hometown now sported America's only government owned drag strip! Amazing. By then I was living in Nebraska (of all places) and running my street car at the local (IHRA) track. Life got in the way, but two marriages, three kids and twenty-some years later, I hitched the hot rod to my beater '64 Chevy pickup and made the long overdue drive home to Oregon (via the Bonneville Salt Flats). I got my first look at the Jackson County Dragway in 1996 and made my first pass on it the next day. Just typing these words fills my soul with pride.

Since then, the County has signed several different managers to the strip at Jackson County Motorsports Park, which also boasts a small road course and a popular dirt oval. When AA/GS racers Bill Fitting and Jim Taylor took over the strip management with intentions of a nostalgia race series, I jumped in, as nostalgia drags are my favorite niche-within-a-niche. I was tech inspector until our first big event and the prospect of sending people downtrack at 200 MPH with my signature on their tech cards freaked me out. I resigned on the spot. Luckily, I was kept on as an announcer and enjoyed a couple seasons of learning the inner workings of a track, racing all the while, at every opportunity.

Bill and Jim are gone now and Redding (California) Drag Strip managers Bob and Joye Lidell have agreed to split their time between the two tracks, effectively saving the Medford track (now called Champion Raceway) from locked gate syndrome. If you haven't noticed, LGS is on the rise and likely threatening a track near you. There's only one known antidote:

From the opening day of this facility, the grassroots efforts of the racers themselves have made it a success. That's more true than ever today. Last weekend, racers from Junior Dragster pilots to blown fuel Altered hot shoes cleaned up six months worth of Mother Nature's finest work with their own bare hands. No one complained. They were all just grateful to have a place to race this year. It's that passion to race and gratitude for what they have that keeps the gate open. And keeps city streets safe from mayhem, like me.

LGS affects a race track somewhere in the U.S. every 5.27 days. Support your local track. Race on it. Sit in the 'stands and sip a beverage. Urge local media outlets to cover the action. Support track advertisers. Tell your friends and neighbors. Racing is an integral cog in the evolution of technology and of our communities. Ask your friends in towns where tracks have shut down how that's working out for them...

Street cars in action at Champion Raceway - the only alternative to racing on YOUR street... 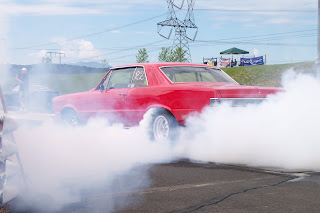 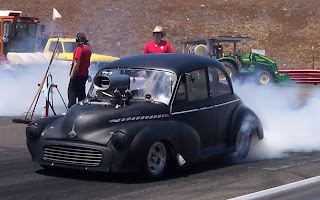 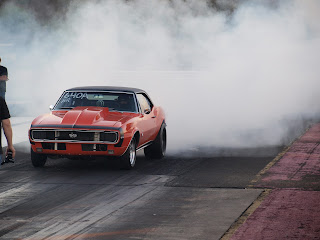 Thanks to the Southern Oregon Drag Racers Club, Bob and Joye Lidell, the County of Jackson, and City of Medford. And special thanks in advance to the racers of Redding Drag Strip, for putting up with us stealing your track managers every other week this season!
Posted by Scotty Gosson at 1:38 PM 8 comments: