More on the Costa & Stewart Willys 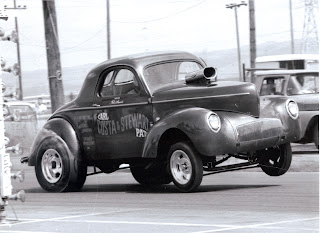 As most of you know, my day job is writing hot rod genre books for CarTech/SA Designs. It’s actually more of a 24/7 gig for me, but you’ll never hear me complain about that. I’m hopelessly in love with the creative process and thanks to this work, my jones gets fixed hundreds of times every day. Aaahhh…

In March of 2002, I met (then) Rod & Custom scribe Tim Bernsau in the pits at Famoso Raceway, who encouraged me to try my hand at magazine freelancing. I’ve been sneaking the magazine features into my schedule ever since. This month, my first ever cover story hit the shelves. Bonus: It’s for Hot Rod Deluxe magazine – my favorite. In fact, I’ve been doing a lot of work for Dave Wallace at HRD over the last few months and it appears our arrangement will continue into the foreseeable future.

The cover car for this (January 2012) issue is the Costa & Stewart A/GS Willys, which came with a colorful pedigree and many riddles. Eventually, my research led to grizzled Gasser veteran Ronnie Nunes, who told me that the late Pat Stewart’s partner Carl Costa (who vanished mysteriously in 1969) bankrolled the car with his earnings as a concert pianist. Well, that defined the storyline, and provided the title ("Classical Gas") as well. I ran with it. Since being published a few weeks ago, I’ve received conflicting reports regarding the validity of Nunes’ statement. The mystery deepens. If you have any history with Costa and/or Stewart and any insight into this controversy, please post a note on this blog’s COMMENTS and enlighten us all, okay? Meanwhile, here’s some out-takes from the feature to inspire your memory… 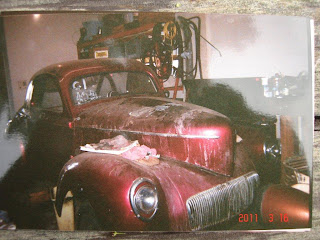 The Willys hibernated in this shed behind Pat Stewart’s house from 1969 to 2004. (Mark Andermahr photo) 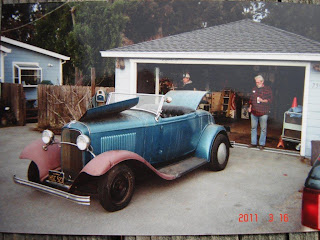 While researching, I crossed paths with Mark Andermahr, who knew Pat Stewart and attended the auction of Pat’s possessions. He was beyond disappointed to have missed out on the Willys, but did bring home this period Deuce roadster, which was Pat’s street car. (Mark Andermahr photo) 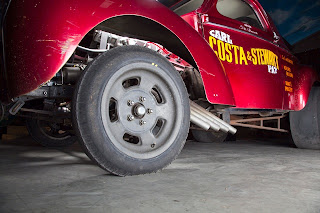 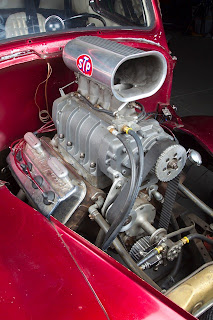 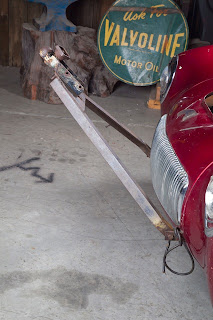 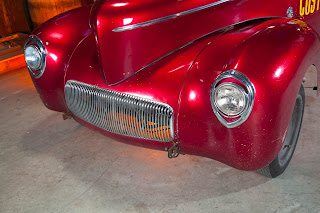 Some out-takes of Wes Allison’s beautiful HRD cover shoot. Editor Dave (AKA Mr. Ed) constantly reminds me that these cover shoots are, "A big deal." That’s understated code for a logistical nightmare that requires perfection of every detail (of which there are thousands), lest weeks of planning go swirling down a very expensive drain. (Wes Allison photos – duh!)


Action shots are usually the best memory joggers, so here ya go. Were you in the pits or ‘stands at any of these races? Do tell… 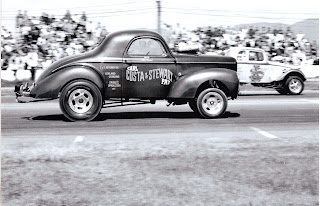 We begin with Costa & Stewart up against Mike Mitchell ("World’s Fastest Hippie"), around ‘68ish? Not sure where this is, either. (Photo courtesy of Joe Hickenbottom) 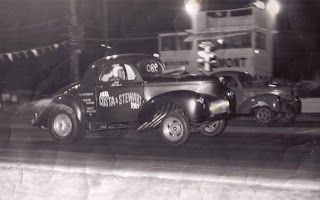 Stewart, getting the jump on the competition at Fremont Drag Strip in late 60s. Note 9.80 on driver’s window – was Stewart bracket racing here?! (Photo courtesy of Joe Hickenbottom) 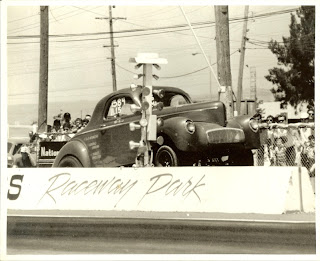 By now, the Costa & Stewart lettering is gone and Fremont has changed its name to Baylands, which puts this around ’69 or ’70. (Kiwi Kev photo) 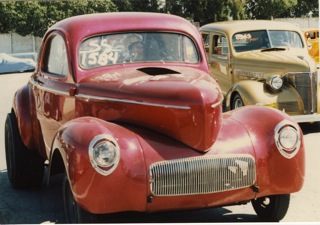 Rare shot of Stewart in the staging lanes at the Fremont Reunion/Gasser Gathering in 1987. He hastily installed a carbureted smallblock Chevy for this one event, then immediately put the car back into retirement. I believe that's the 'Old Gold' '39 Chevy in the other lane - a car that has kicked my own ass down the track. (Photo courtesy of Joe Hickenbottom) 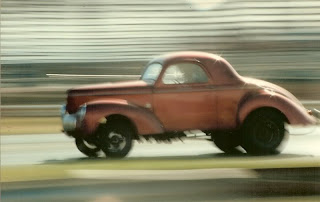 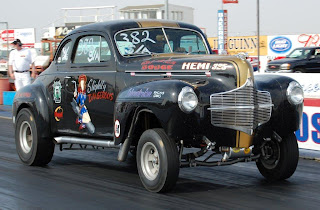 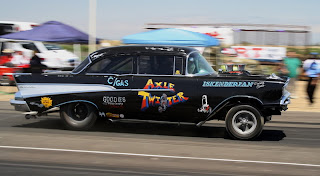 Every fleet needs a ’57 Chevy C/Gasser. This is at Eagle Field, where I believe Joe blew the rearend out of it. Don’t know the history on this one – just that Joe tortures it regularly and he nailed the look, according to my skewered tastes. (Photo courtesy of Joe Hickenbottom) 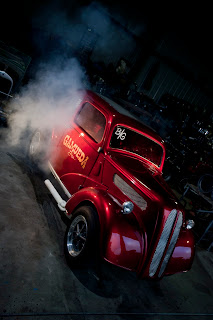 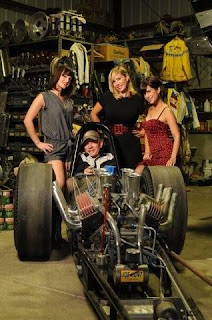 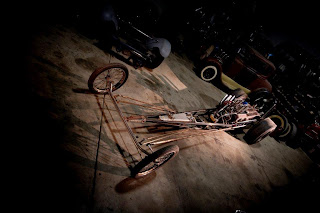 You can’t collect racers without acquiring at least one dragster. Joe and his daughters show off some killer chassis work here (love that front spring)! Great background eye candy, too…
(Tim Sutton photos)

UPDATE 2-15-2012 : Ronnie Nunes recently reminded me that his comment to me while researching the magazine story was only that Costa was a concert pianist - he did NOT say that the race car was financed by those performances. In fact, he told me he didn't know where the money came from. I double checked my research notes and could only find this scribble: "Concert pianist - financed build?" My mistake was likely a result of late night thrashing to make a deadline - exactly the kind of slop I despise and swore I wouldn't ever commit. Now I've done it and toes were stepped on in the process. My apologies to Mr. Nunes and anyone else effected by my blunder. It's an important lesson learned, but I regret that other people paid for my education.
Posted by Scotty Gosson at 12:11 PM No comments: