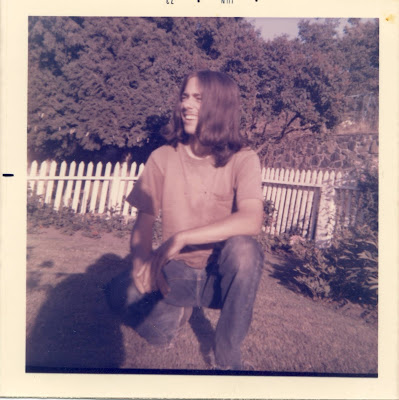 Seventeen years old and livin' large in 1973, at my first private residence (a miniature windmill that rented for $75 a month - utilities included). I'm wearing my first (semi) mustache here, in an effort to distract from the Mary Tyler Moore hairdo. I'm still cursed with the flip today. And with the consequences of unfortunate lifestyle choices. My straight axle street racer is parked just out of frame. (Photo by Dave Wood, I think)

Last week on SGE, I alluded to becoming "an irrelevant sidewalk pedestrian now, watching hotrodding roll past me." It's true. And I'm mostly okay with that, though my ego is a little pissed. As detailed in the May 16th 2016 "Depth Perception Test" post, the masks worn by our self-created hot rod personas insidiously become a part of us that can be very hard to shake off. It's a process that takes as long as it takes for us to willingly say goodbye to obsolete baggage. I must say, it's pretty amusing to watch the procedure play out. Just when I'm enjoying the freedom of being a pedestrian among pedestrians, some overcammed badass will rumble by and trip the trigger again. So, baby steps, one day at a time, and all that. Again, it's a process.

I wish I could tell you that I received my pedestrian status by simply recognizing a situation and dealing with it. Truth is, I'm always the last person to see my own foibles, but the first to spot someone else's. And you can ask anyone who's seen me struggle with a mechanical challenge: I'm no fixer. No, it took an act of providence to get my attention. Even on this blog founded on full disclosure, I've been pretty coy about the experience. That ain't right. So here's how it (and I) went down...

Work commenced on the Lost Drag Strips II project last spring. Mega-stoked at finally getting a drag race-related assignment, I gleefully dived into the deep end. Twelve to sixteen-hour workdays had been my modus operandi for the last several years, but a week into the drag strip book, I found myself thrashing from sixteen to twenty hours a day. The adrenaline, gratitude, caffeine and nicotine kept that momentum going to about the halfway point, when I finally noticed the extended work hours weren't producing any more content. Not only was the quantity down, but the quality was, too. I was repeating myself, and finding grammatical and factual mistakes that I'd missed while editing. I knew something was up, but didn't want to brake dance at the finish line. I powered on.

As it turned out, I missed the book deadline by a week (the only deadline I've ever missed), due to time spent fixing said mistakes. At that time (late summer), I took a part-time job, watering plants. Three weeks into that gig, I was fired for incompetence. No matter how clearly instructions were explained to me (and despite taking copious notes), I just couldn't process or retain the information. The jig was up, and I was down for the count. No work equals no income, rendering me destitute within a month (I posted the ensuing homeless adventure on this blog). I ultimately found advocates for shelter and medical care, so everything is all rainbows and kittens again, today. But my team of doctors (really) can't agree on the cause or cure for my condition, so there's yet another process that must play out. Meanwhile, I try to keep my chops up with this SGE stuff, but the blog posts that previously took a couple hours to create now require a solid week to assemble, due to memory loss and dyslexia. I'm grateful to have this time to lavish on this last vestige of my automotive journalist career, but just don't know how many more stories I have left in me.

So now I attempt to transition into my new role as a civilian retiree. I'm off to an awkward start, under the weight of my guilt around being on the dole. And I don't have much patience for fellow retiree's grandchildren and fishing stories. Windy as I am on this blog, I'm actually quite shy in real life. But get this: While on my daily walk yesterday (a couple of miles, on average), I sat on a park bench and watched moms and toddlers feed birds - for almost an hour. It's been years since I've done such a thing. That shocking realization, combined with the warm fuzzy before me, had me fighting tears. I haven't been very nice to myself. No wonder I'm damaged goods. 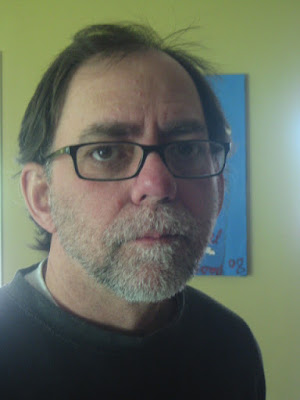 2016. Forty-six years later, and none the wiser. The Mary Tyler Moore tribute continues, but will this blog? That is yet to be decided. (Shellski shot, maybe. Looks more like a selfie) 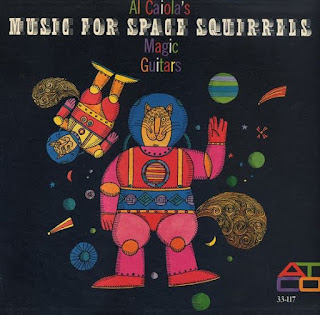 Only the visionaries at Atco Records had the nuts to release Al Caiola's beautiful gift to the space squirrel kingdom. Since its release, I've felt that I was born to record the sequel. Perhaps the time is nigh. I just need to get some of those magic guitars.

My Craftsman rollaway was sacrificed last winter for the sake of survival (three weeks' rent in a cheap motel). Fully loaded with a lifetime collection of quality tools, I priced it at $150 for a quick sale on Craigslist, hoping for the best. Less than a minute after posting the ad, it was sold. The new owner was ecstatic. My emotions were mixed . 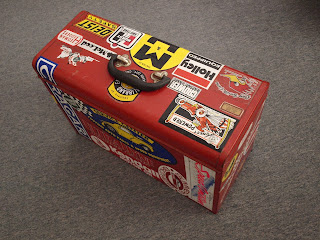 Before handing over the rollaway, I selected as many tools as I could cram into this little Craftsman 4-drawer box (found next to a dumpster with the lock busted off), so I'd be somewhat prepared. So far, I've used a Phillips screwdriver from it. I don't have much use for tools now, but can't bring myself to part with them yet. (Scotty shots) 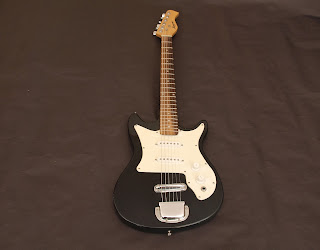 Should this blog continue, the focus may shift to music. I'm into it again. Upon moving into my tiny new apartment, I realized I'd have to jettison some instruments, or make them smaller. Something about the overall design and tone of this $40 Chinese Harmony copy irritated me, so... 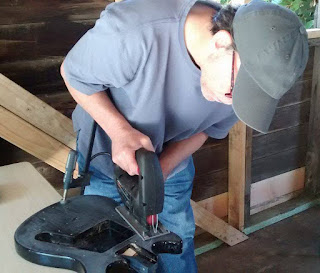 ... the pick guard was modified, which then revealed the need for accompanying body mods. My neighbor, Rob Jones, helped me get my old jigsaw going. Rob and wife Judy spent the same three weeks in the same motel I was holed up in last winter, yet we never met until we moved into the same apartment complex. Rob (who has some of of the same baggage as I) is yet another semi-retired author. Judy used to run a fuel altered with her former husband, in Georgia. I live for such synchronicity. Anyway, what began as a pick guard reshaping quickly devolved into this. (Photo courtesy Robert Jones) 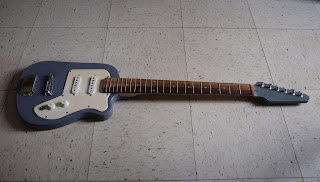 Ta da. I think it has kind of a Vox prototype vibe. Whatever. It was therapeutic. Rob knows about electricity, and soldered in a better ground wire. I fine-tuned the set-up... 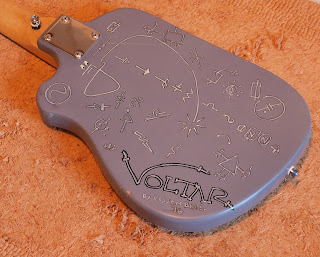 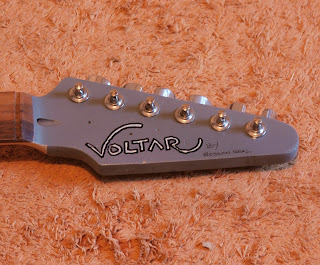 ... then applied the shaky custom graphics package. In my dubious opinion, it plays, sounds, and looks better than before. (Scotty shots)