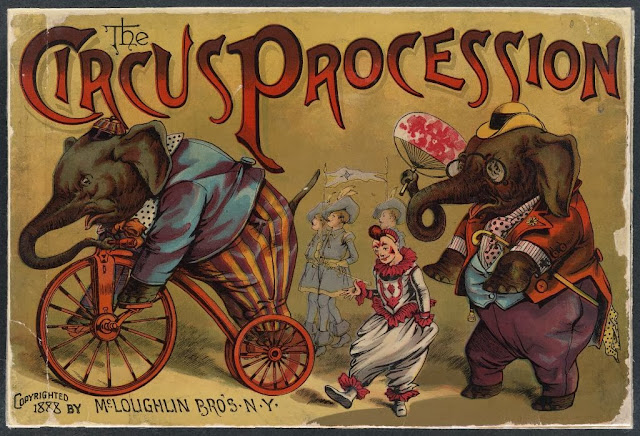 Contrary to popular belief, the NHRA did not invent the travelling circus. The real trick will be to reinvent itself.

Starkly juxtaposed against trillions of fading particles, the imagery remains beyond vivid. It still triggers emotions visceral and immediate. The greatest show on earth! Supercharged Gassers, seemingly shot out of the gate by Beelzebub's own cannon. The ultimate doorslammers. Until, in an unimaginable leap of "evolution", Funny Cars were granted classhood. It was a thrilling spectacle - so much so that many racers and fans soon sensed a whiff of theater when the class was called into the lanes. Hot Rod magazine itself regularly referred to the Funnies in circus terms. But drag racing was already so inherently dramatic that altering it to suit the masses seemed a redundant and blasphemous betrayal - a sellout. Within a year, a Civil War erupted in the sport. Event promoters attempted to play both sides by blasting calliope music from track speakers and hawking discount popcorn. The naysayers were not amused, but we all know who won the war. The show must go on, until the last dog standing has bought a ticket. And even the surliest junkyard dog in town can't resist the lurid seduction of nitro guzzlers challenging the laws of physics on a drag strip.

As rules changed to accommodate advances in technology, a parity-driven stagnancy slowly infected the pro classes. About twenty years ago, the inevitable backlash arrived on the scene and spawned the nostalgia movement. Two decades of hand wringing have finally delivered the circus to its Waterloo.

This year's Silly Season has already proven itself the silliest ever. And just in time. Much needed change is in the air and it's smelling a lot like teen spirit. Frustrated racers, fans and entire sanctioning bodies are going proactive, with dramatic results already. And wouldn't you know it, the fuss once again is all over the evolution of fast doorslammers:

Last fall, a group of Pro Mods invaded the sacred NHRA Hot Rod Reunion and stole the show. Haters be damned, the fans in the stands raved about the Pro Mods, positioning them nicely for negotiations-to-come, with a merry-go-round of players.

About that same time, the principals at the rogue American Drag Racing League made off with the Pro Mod purse after the Championship event, leaving the ADRL's future in question. This debacle prompted a debate among Pro Mod owners in survival mode, regarding the plausibility of escaping the "Pay to Play" status quo. That argument was interrupted by news of king-sized purses being competed for in the Arabian Drag Racing League (yes, it rhymes with ADRL).

At the PRI trade show in Indy, Rockingham  Dragway owner Steve Earwood announced the formation of the Professional Drag Racing Association as a restructuring of the ADRL, only to return home and find that ADRL Pro Mod racers Jason and Mitchell Scruggs, Gene Hector, Roger Henson and Tommy Franklin had beaten him to it, and named their entity the National Drag Racing Association - the result of Scruggs fronting purchase money to Kenny Nowling, who bought out Sheik Kalid Al-Thani and Al-Anabi, who have been incommunicado since the infamous Championship race. Al-Anabi's status as an NHRA team owner is unknown at press time.

Meanwhile, the IHRA has announced the formation of its Sonic Rush Tour - a veritable travelling thrill show of jet cars, wheelstanders and other exhibitionists, who will visit nine states in 2014.

And just on today's wire, SGE was notified by the National Muscle Car Association of a mandatory Electrimotion Shutdown Transmitter to be used in conjunction with a corresponding Electrimotion Safety Box in all Pro Mods. These devices will automatically kill fuel and ignition systems, as well as deploy parachutes as Pro Mods cross the finish line.

In the midst of these developments, the NHRA released a bulletin announcing that the Circle K grocery store will sponsor this year's Winternationals.

Not being an industry insider myself, I read most of these accounts on the Competition Plus website and relayed them here as best as I could remember them. I probably should have taken notes. 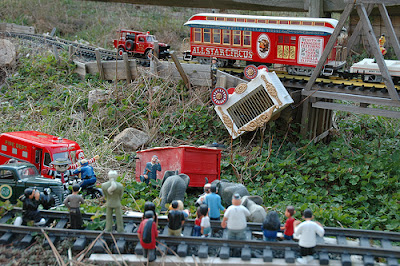 Thrill seekers delight. The circus appears to have gone completely off the tracks. This image could represent the ADRL, PDRA, NDRA, IHRA, NMCA, or NHRA. It most definitely represents SGE. Chances are, you have an opinion on this. You're always welcome to leave it in the COMMENTS box, below. Just know that to the best of our knowledge, no scale figurines were injured in the making of this photograph.

CONNECT THE DOTS! It's Fun!

We're all connected. The reminders are everywhere. Motormouth Ray was doing the morning crossword in his Long Island, New York home when this popped up, resulting in an impromptu coffee shower on his keyboard. My little Oregon town is known for more than just squirrels though...(Photo by Motormouth Ray) 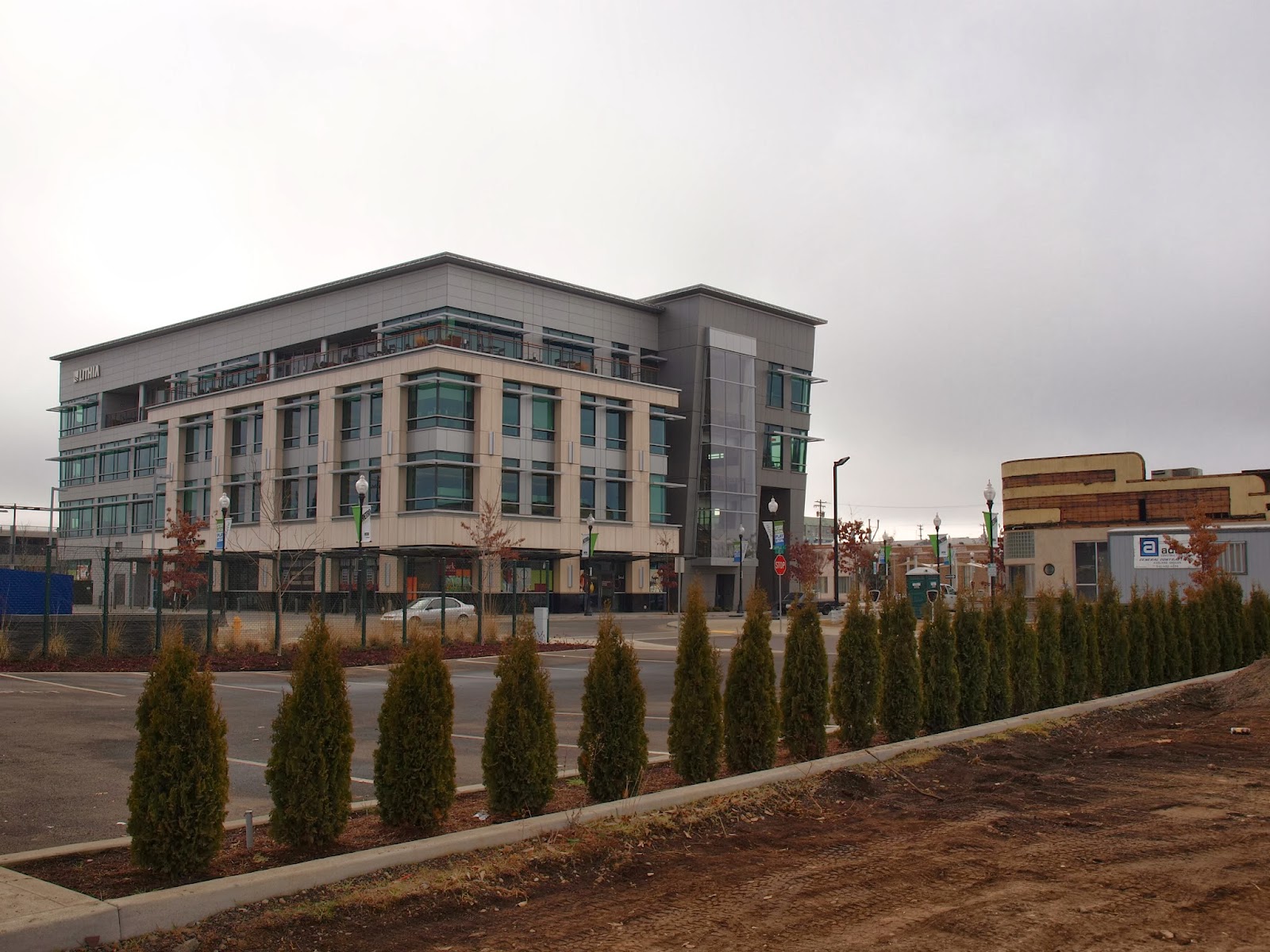 Lithia Motors may have started as a southern Oregon Mopar dealer, but now they're multiplying like rats and consuming the unsuspecting like zombies, with stores in nearly every state. The new World Headquarters campus is across the street from my building. (Scotty shot) 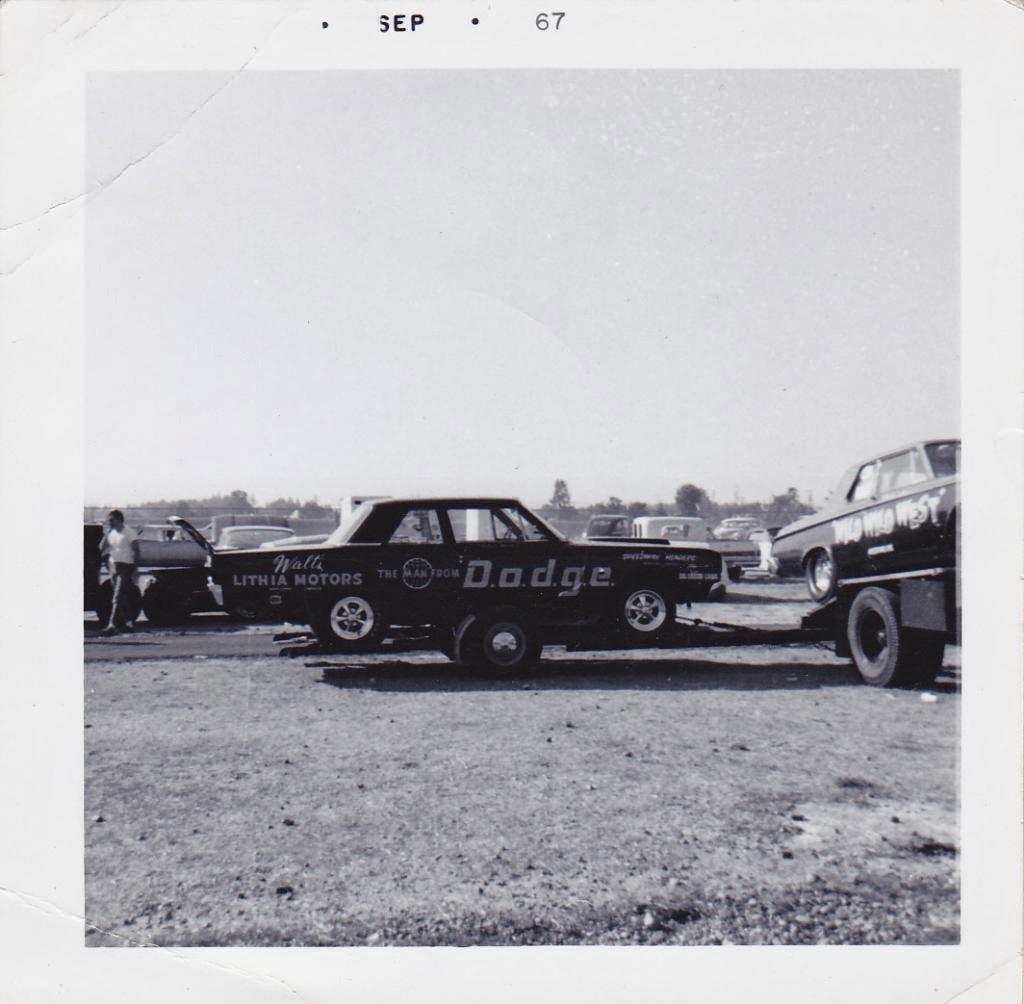 In humbler times, Lithia sponsored this Valiant, captured rolling into the pits at Woodburn Drag Strip in '67 by Gary Reynolds. I found Gary's photo online, just minutes after shooting the previous image. That got my attention.... 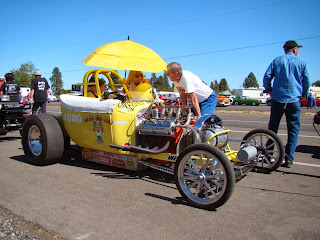 ... and reminded me of all the great times I've spent racing with my pals at Woodburn. Here's famous novelist Jim Lindsay in the lanes with his Little Big Man T roadster. (Photo courtesy of Jim Lindsay) 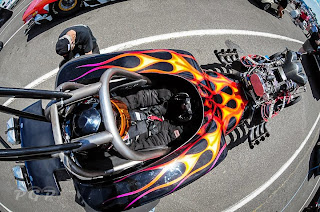 And Todd Miller's more modern interpretation of an Altered. I haven't heard from Todd lately, but assume he's prepping for more records in 2014. (Photo by Paul Grant) 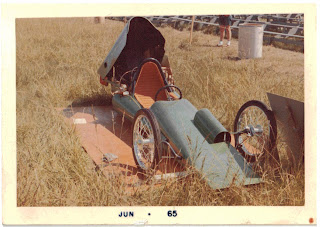 Thoughts of Altered evolution took me back to 1965 and Marlowe Treit's Miss Demeanor Turbonique-powered trike. I've really been missing this kind of wildcat innovation. (Photo by Gary Reynolds)

Then I remembered Marlowe's new ride, the Treit and Davenport Target 550 streamliner. The small photo is misleading - this thing is enormous! I've seen it under construction and the engineering and execution are breathtaking. Stereo Hemis packing plenty of poop should hit the 550 mark this year. It'll be one of many landspeed racers at the Grand National Roadster Show in Pomona, January 24 - 26. Expect an epic all-star streamliner slugfest at Bonneville this year. (Photo courtesy of Target 550 MPH) 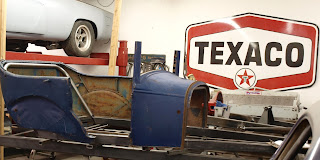 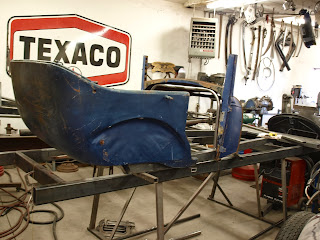 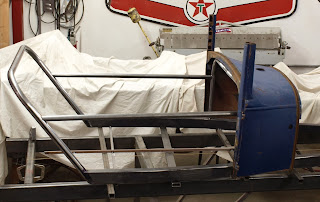 Streamliners always trigger thoughts of how they've developed from the early days of hotrodding. My current project is attempting to strike a pleasing balance between the traditional dry lakes ethos and modern build techniques. That remains to be seen, but in the meantime, I'm having a blast throwing sparks at Dr. Lockjaw's Custom Metal shop in Applegate, Oregon. We went with rectangular rails, but I like working with round tube, so... Don't worry, the weird stuff won't be visible and the finished product will appear conventional, at a glance. Kinda. (Scotty shots) 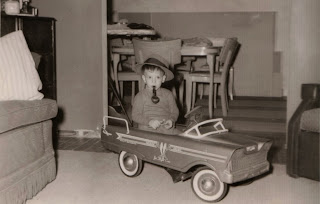 Through all of this, I couldn't stop thinking of Motormouth Ray and his childhood dream of growing up to be an automotive journalist and crossword puzzle champion. Alas, he ended up a frustrated college professor and talk radio host, instead (I had a guest spot on Sunday's show). But that dashing young man puffing a pipe in his convertible is now making his way toward literary greatness, one step at a time. Luckily for him, Ray took my sage advice and started at the beginning with cartoons. Smart kid. Cartoons will teach you succinct writing even faster than a Twitter account. (Photo courtesy of Motormouth Ray) 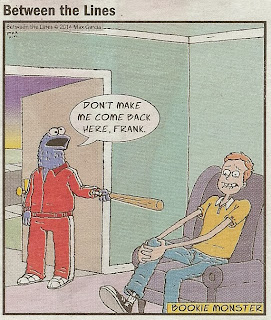 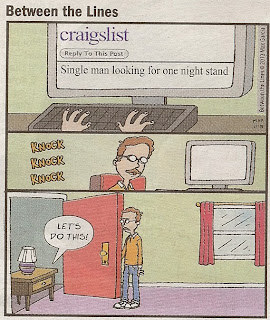 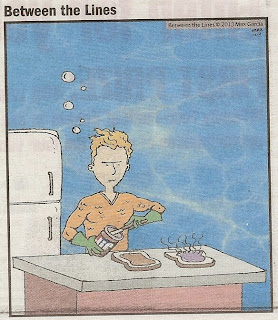 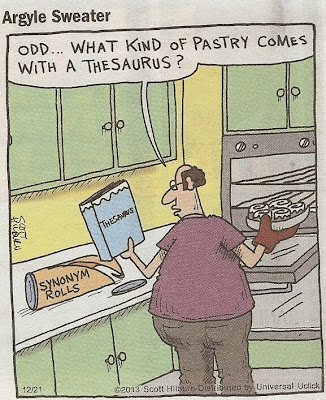 I tell ya, this kid's going places! (Images courtesy of Motormouth Ray) 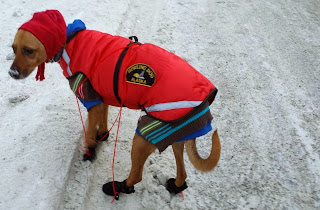 Okay, it's obviously way too cold out for even a squirrel. Luckily, the owner of this week's stand-in squirrel ensured that this guy was stylishly bundled up. But please bring your pets in at night - at least long enough to read this blog! 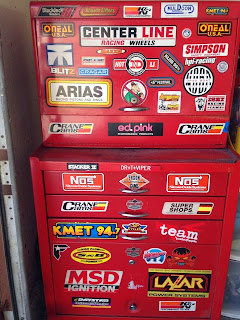 Our bottomless stock of toolbox photos has suddenly hit bottom! But a frenzied last minute online search turned up what was purported to be Ed Pink's personal rollaway. We couldn't verify that, and this isn't what one would expect of a world renowned race engine builder and hot dog empire heir, but we're just going with it for today. Enjoy.