ITCHY VS RUSTY - NAME YOUR POISON 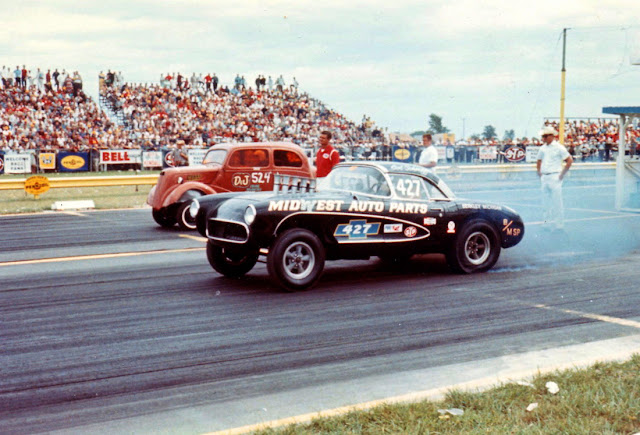 Itchy and Scratchy got nothin' on these guys. This game of rat and mouse probably played out on every strip of macadam capable of hosting two cars. American fiberglass versus British tin: A promoter's dream match. (Photographer unknown) 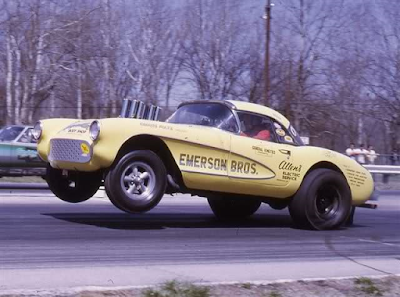 The Emerson Bros. Corvette first earned fame as a George DeLorean-built 421 Pontiac-powered street racer (infamous on Detroit's Woodward Boulevard). An overload of traffic citations prompted a move to full-time strip duty with an injected 427 Chevy and Midwest Auto Parts sponsorship (as seen in above lead photo). It was also campaigned as"Prontito" before the Emersons took over. Where is it now? (Photographer unknown) 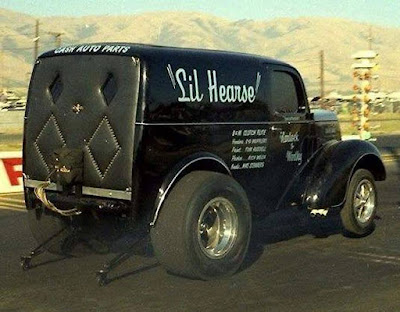 The Norlock & Worthy Thames (Britspeak for Anglia panel truck. They pronounce it "Tams"), sponsored by the omnipresent Cash Auto Parts. All of the required gasser visual ques are present (enhanced with 'chute pack on upholstered rear panel), but alas, no audio track was included with this photograph. (Photographer unknown)

The above Vette and Thames imagery reflects how the remains of my corroded brain has cataloged these icons of mid-to-late Sixties drag strip cool. Now younger, more open minds - unfettered with the ancient baggage I carry - are reinventing them to suit today's car crafting sensibilities. One can argue traditional versus current trends in construction, styling, and intended purpose, but there's no question that inspiration for all creative endeavors comes from the same place and carries us forward. 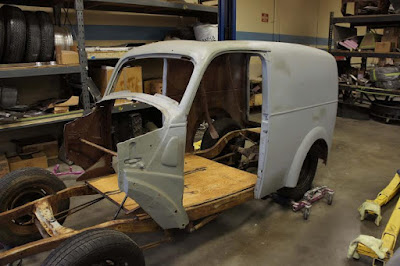 During my deservedly brief tenure at Steve's Auto Restorations in Portland, Oregon (I wasn't ready for prime time), I became obsessed with an orphaned '48 Thames, banished to the far corner of the parts yard. Today, I'm happy to report that it was finally invited inside for some overdue nurturing. Southeast Portland, Oregon SGE correspondent (and longtime Steve's staffer) CC narrates the Thames' transformation from dirt dweller to princess poodle... 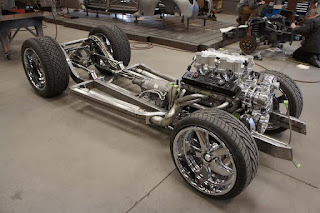 "Art Morrison did the custom rear section. We had to make everything else work." Stock 90 inch wheelbase was extended to 96 inches. In a nod to yesteryear, a dropped tube axle is employed up front, while a 9" Ford brings up the rear. Engine is a mild (355 HP) ZZ4, backed with a 4L60E automatic. The one-off intake crowning the final version is teamed with a FAST EFI system. 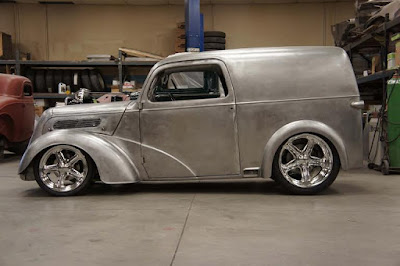 "We opened up the body to accept Anglia doors, but only stretched it about seven inches - some in the nose. The door opening cuts into the quarter panel some, in order to keep things in proportion and not look overly stretched. From the door opening back, it's all new sheetmetal. Grille and A-pillar are laid back. B and C-pillars are laid forward. There's a single rear door instead of double doors.We added the rocker panels, and carried the reveal down onto the rocker from the door." 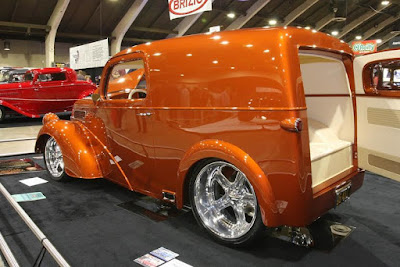 "The Thames was in the Grand National Roadster Show, Detroit Autorama, and Portland Roadster Show. At all three shows, it won First in Class." It also won some kind of shiniest paint award at each of those events. Not bad for an abandoned car found in a vacant lot and slapped together by a bunch of Oregon loggers. As usual, this Steve's creation was realized via the pen of in-house designer Dave Brost. (Photo courtesy Tim Bernsau)


What good is a Thames without a Corvette sparring partner? Exactly. So Dave Brost scribbled out a rendering and Steve's whipped up a Yankee sibling to rival the teabag trucklet. 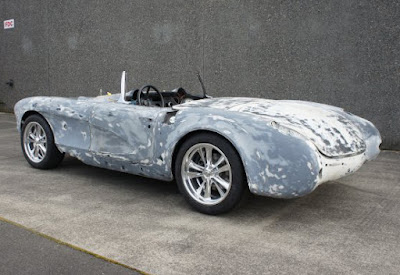 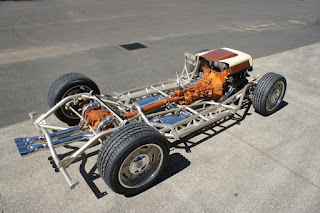 Yep, Steve's also gave the Hello Kitty treatment to this '57 Corvette. That original body was laid over a round-tube chassis by SRIII (in New Lenox, Illinois). Suspension is all C-5 Corvette. Drivetrain features a 556-horse Cadillac LSA V-8 and Tremec 6-speed. 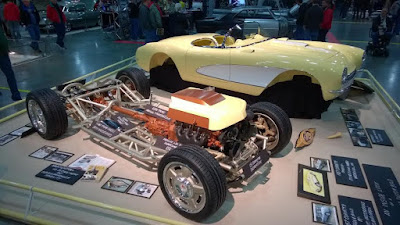 The still-in-progress itchymobile attracts lots of attention on the show circuit (the trick wheels are but one example of several subtle nods to Corvette godfather Zora Arkus Duntov). The Steve's crew has plenty to be proud of with these builds. But our queries regarding timeslips for the Thames and Vette were answered with an awkward silence. So the imminent match-up apparently hasn't happened yet. But when it does, cub reporter CC will be there, covering the action for the SGE faithful. This is gonna be unreal (code for 'will probably never happen'). (Photos courtesy Steve's Auto Restorations and CC) 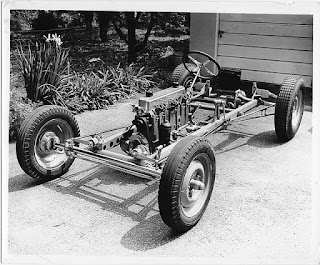 The Spalding Bros. tested their aftermarket ignition products in real world conditions. Their magnetos had to deliver the goods in the streets and on the track. The Spalding T roadster test mule was constructed accordingly, featuring a versatile and unique suspension, partially exposed in this rare body-off shot. (Photo courtesy Pat Ganahl collection)

Meanwhile, in a humble woodframe shop a few miles outside of Portland, fabricator, racer, and jester Marty Strode quietly chips away at the Spalding Bros. roadster recreation for customer Pat "Too Tall" Ganahl. That's the original, above. Below, we check in on Marty's progress over the last week... 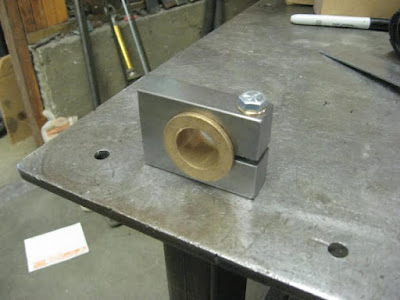 Hit it, Marty: "One of the unique aspects of the original Spalding Bros. roadster was the (four) torsion bar suspension - clearly ahead of its time. In the last week or so, I machined the mounting blocks..." 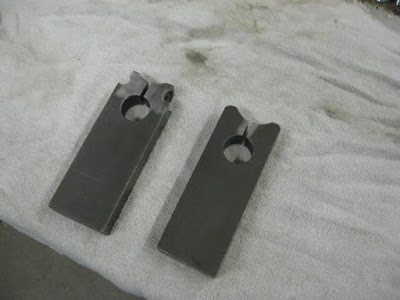 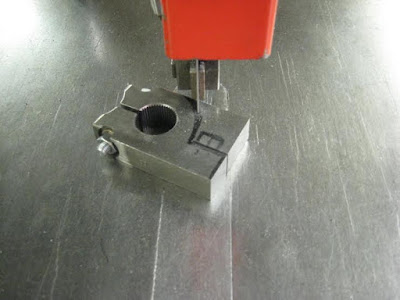 "... and the rest of the work consisted of some time in the bandsaw..." 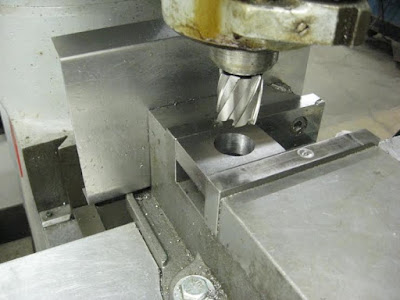 "... and my Bridgeport mill. A Rotobroach was just the ticket to bore the mounting blocks." 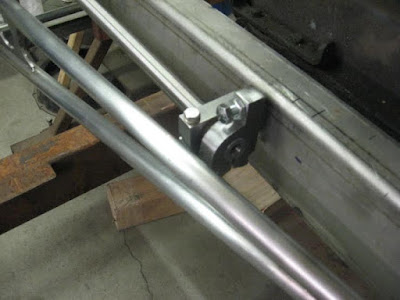 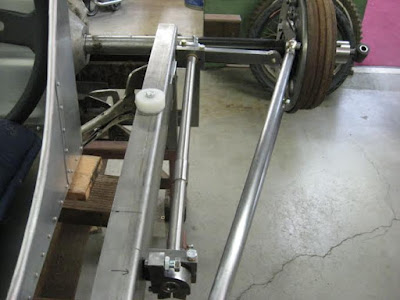 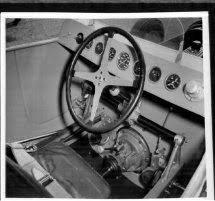 The Spaldings crafted this simple-but-distinctive dash for their center-steer T. After some study, Marty did the same for Ganahl's tribute, employing the same methods as used on the original. No further captioning needed. Enjoy. (Photo courtesy Pat Ganahl) 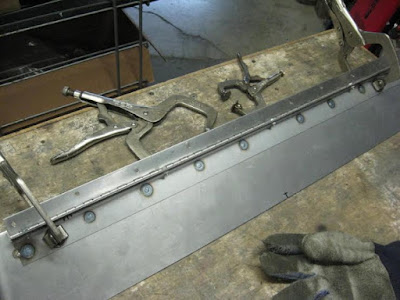 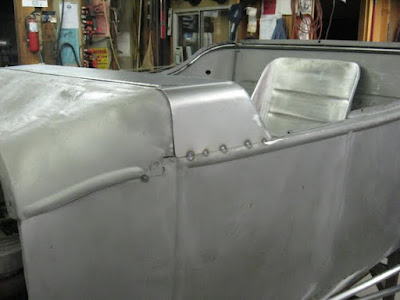 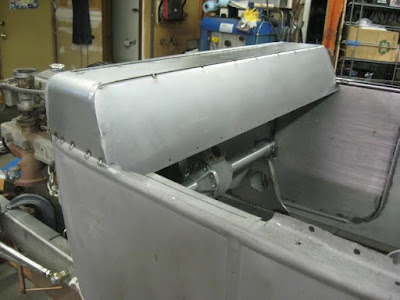 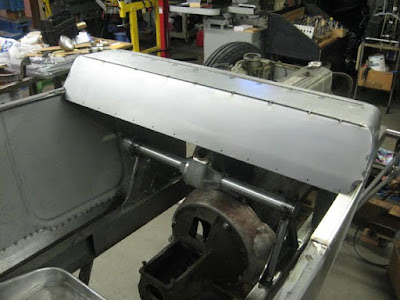 Strode signed off his missive with, "Plenty more to come!" Music to our ears. Marty, you sure make this work look easy. And pretty. Okay people, you heard the man: Don't touch that dial! This build is too good...(Photos courtesy Marty Strode) 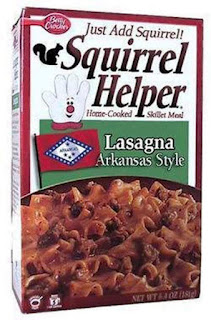 Well, this is disturbing. But the image comes to us via Steve Scott, of Uncertain T fame, so consider the source (it takes a disturbed individual to conceive and build such a car). On a personal note, even though I was raised by squirrels, it was a staple of our family's kitchen table fare. True. And disturbing, indeed. (Image courtesy Steve Scott) 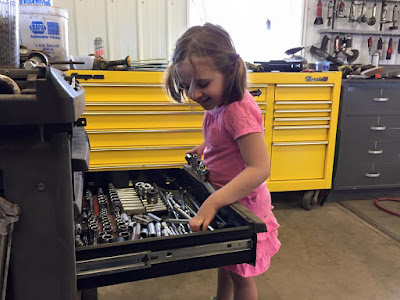 Equally disturbing: This is Trilly - a grunt worker at Jesse Coots' Old Soul Hot Rods shop in New York, where they apparently have no child labor laws. C'mon, New York! Join the civilized world, already. At least Trilly has a decent selection of Snap-On tools to choose from in her well organized rollaway chest. (Secret spy photo courtesy Mr. X) 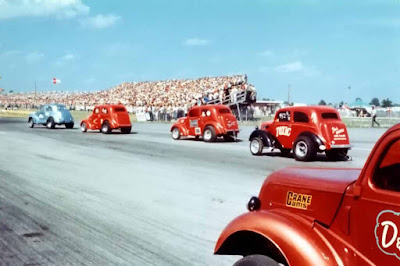 Anglias on parade! This is exactly how they look rolling through my head all day. I've had a couple of these things. There is no cure. (Photographer unknown) 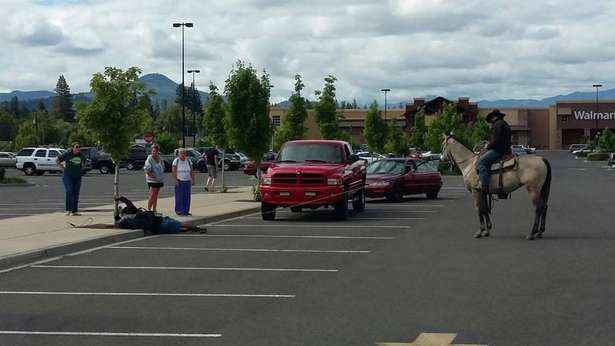 Thanks to some quick thinking and fancy footwork, Robert squelched an in-progress bicycle robbery in a Medford-area Wal Mart parking lot, using the tools of his trade (he's a rancher). Portlandia fans can attest to Oregonians' fierce bicycle protectiveness. Note perpetrator holding up tree, as Robert and his partner secure the crime scene. Heroes! (Photo courtesy KTVL Medford) 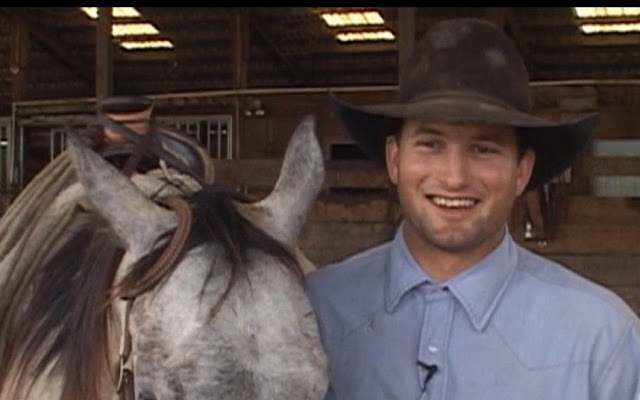 Once the police arrived, Robert hightailed it down to northern California to help out on a friend's ranch. Said friend told Robert the rope-a-dope story was getting around, but Robert didn't realize it had gone viral until returning to Medford. The image of wild west justice being served apparently struck a universal nerve. The piece has now been reprinted in several languages, on every continent. Everyone loves seeing someone do what they were born to do. For Robert Borba, that just means getting back to work on his own ranch and keeping his head down. You done good, Robert. Thanks. (Photographer unknown)