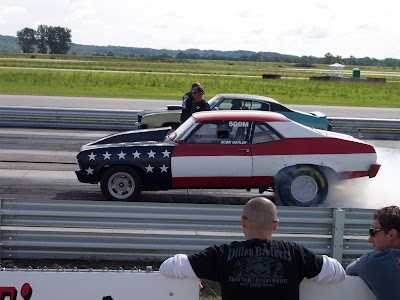 Competition improves the breed? To a point. A point now long gone. Maybe we should just run Time Only for a while, fellow Americans... (Scotty shot)

Other than a chronic case of stagefright, I'm pretty stoked about my September 27th live solo gig at the Henry Gregor Felsen Memorial Car Show in Des Moines, Iowa. I'll be playing acoustic versions of the songs slated for the 3rd Scotty Gosson Combo album. Stage jitters tend to bring out the wiseass in me, so I'm bound to make some lame attempt at a presidential campaign announcement. It's apparently what one does in Iowa.

God only knows how I'll feel about it on the 27th, but if nominated today, my platform would be based on two simple points. Yes, I can be just as simplistic as The Trump. Like him, I have no clue how I would actually accomplish these goals, but here they are:

1. Abolish the party system. The us-versus-them perspective so pervasive in our society has brought us to the brink of collapse. It quit working for us way before our lessons learned with the Civil War. Now drastic measures are required to assure that we're truly all in this together. Voting during my term would parallel the state system, with an annual national ballot of issues. Elections and measures would both be decided by popular vote. Say goodbye to Lobbyists, Congress, House of Reps, Department of Redundancy Department, etc. The initial plan was to replace these parasites with robots, but with the people's vote, we won't even need robots (though they may replace law enforcement and military personnel).

2. Eliminate the Haves and Have-Not discrepancy, via a flat tax. This sets the scene for perhaps the most radical change of all: An across-the-board "comfortable living wage". Every American, regardless of race, creed, sex, or power-adder of choice, would make the exact same hourly wage. Work more, make more. Work less, make less. Period.

The above changes should re-establish a genuinely United States of America. It would also save our country enough money to easily finance Stage Two of my brilliant plan: A term-long moratorium on non-emergency foreign affairs. No invading countries, hopping into bed with countries, telling countries how to do their business, and generally meddling with everyone's business but our own. For one term (length determined by popular vote), we become Switzerland, and address the corrosive issues we've been avoiding at all costs, such as racism, sexism, gun control, infrastructure, education, poverty, immigration, climate change, mental illness, veterans affairs, environmental responsibility, senior care, and childcare, to name only a few. We must also address our shameful lack of drag strips in this country.

Yeah, I live in a cartoonie fantasy world, just like the current poll leader. Is it possible for Joe Toolbox to make any impact on the election? Dare he dream of stealing it away from Monty Burns? What say ye, registered voters? See you in Iowa.

SGE Corporate Correspondent Elana Scherr is on assignment this week 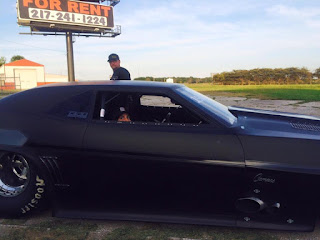 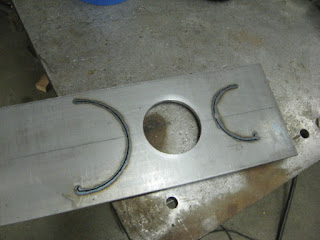 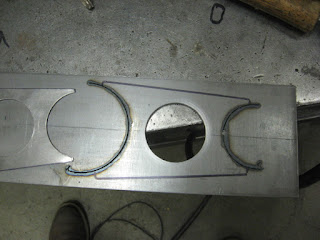 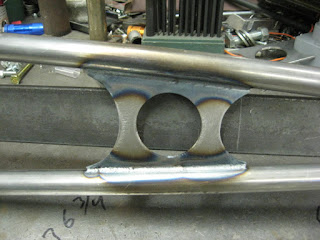 The radius rod gussets we showed you last week were merely aluminum templates. Marty knocked out these steelies with his plasma cutter and buzzed 'em in. 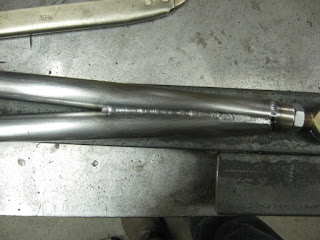 And the finish-welded junction at the rear of the assembly. 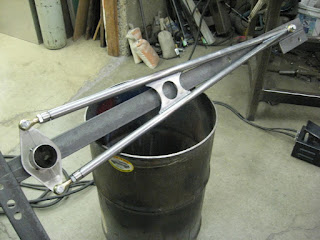 One last admiring look before freeing the radius rad from the jig. Note: No cute stuff in Marty's shop. Just what works. 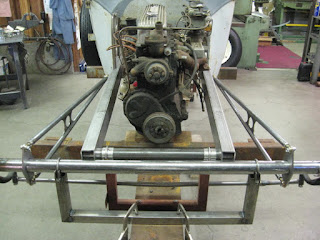 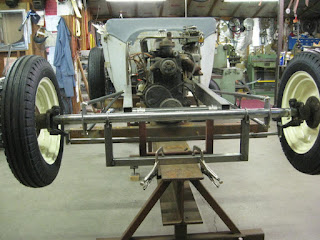 Hey Marty, wanna narrate this for the kids? "The completed radius rods, installed on the chassis for mock-up. When the spread of the front mounting is finalized (the torsion bar arms and lever shocks will dictate the proper location), I'll roll the proper caster (seven degrees) into the front axle, and tack-weld the brackets. The next step will be the mock-up of the 'live' quickchange rearend, and building the chrome moly rear radius rods." Thanks Marty! Check Ganahl's mock-up version of his 292" GMC six. This thing is already so cool... (Photos courtesy of Marty Strode) 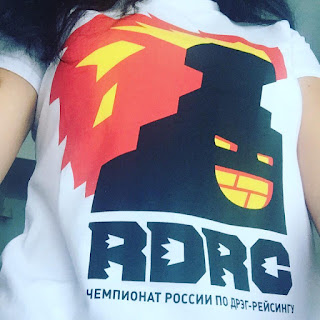 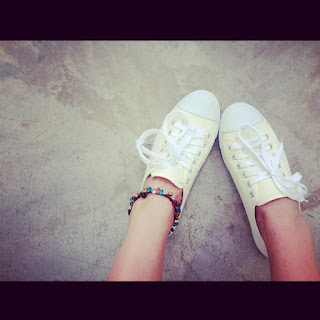 A recent trip to Thailand netted these new shoes and ankle bracelet. 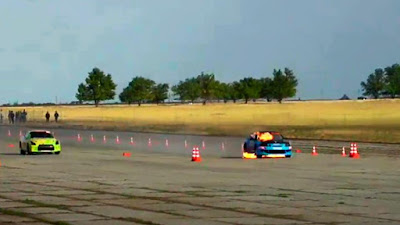 And last weekend, Maria blew the end off of the turbo inline 6 in her eight second Toyota Soarer during a failed boost/nitrous experiment at the track. She survived the explosion without injury, but popping the hood revealed a five-cylinder engine... 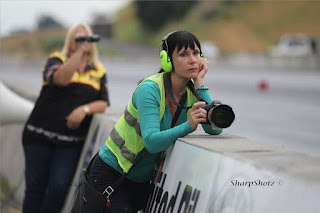 ... so it's back to the old grind to hustle up funds for another block. (Photo courtesy of Sharp Shotz) 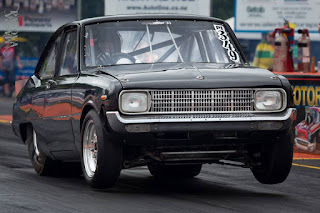 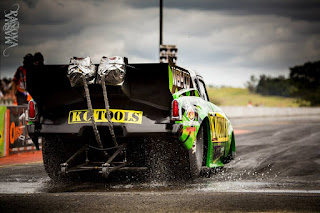 Luckily, Maria loves her work and is very good at it. (Photos courtesy of Maria Panova) 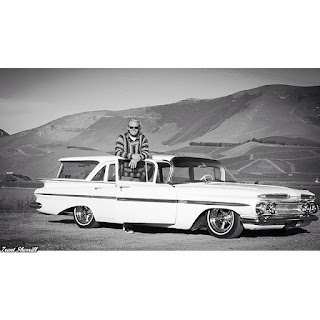 Shocking news from America's leading man, Shawn O'Brien: His iconic '59 Chevy Parkwood wagon is up for sale. No explanation and no details yet, but Shawn can be found on Facebook and the HAMB. The Parkwood has been thoroughly road tested, and passed with flying colors. (Photo courtesy of Trent Sherrill) 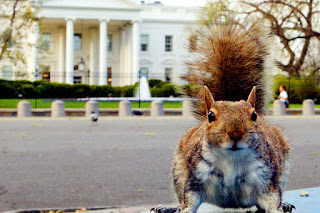 Just a reminder. Be sure to vote for someone next year, or lose your whining rights. 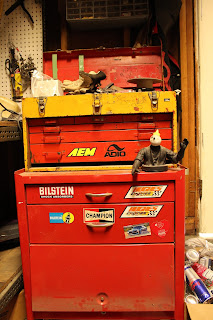 We've mentioned David Belau's blog here before (https://dartslantsix.wordpress.com/). David recently revealed this generic rollaway (with what appears to be a Snap-On top box) to be the key to his successful grassroots Mopar builds. David's dad scored the unit at a yard sale. Bonus points for the One Eyed Jack Vader magnet. Rare! (Photo courtesy of David Belau) 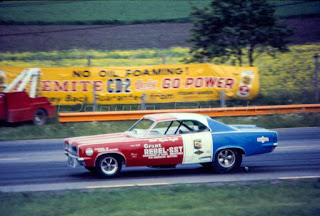