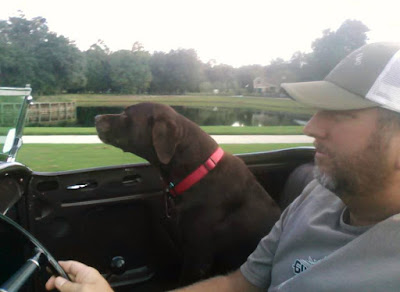 Ron Hickman and his faithful dog Deuce have racked up major miles and smiles this summer, and it's only June. 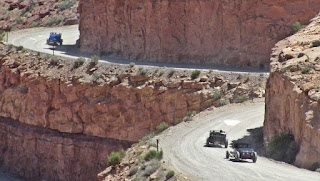 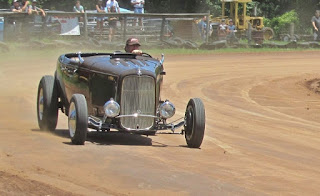 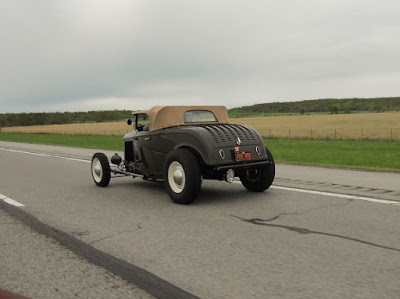 Okay, fine. Maybe I can't dive into my roadster and hightail it to nirvana. I have deadlines and other responsibilities. Besides, my car isn't quite ready for the road yet. And I don't have any gas money. But I know people who do. So I study their actions carefully, soaking up inspiration along the way. My turn will come if/when it's meant to. Until then, I'm hitching virtual rides with those blazing the trail for me. Hop in and ride shotgun for a while. It's free...

Last week, we introduced you to the O'Briens of California. Patriarch Shawn O'Brien graced the cover of the America's Coolest Station Wagons book in 2011. The Youth Pastor from Orcutt has loaded countless troubled teens into his '59 Parkwood and taught them to surf, opening their eyes to the possibilities around them, and the potential within. O'Brien's book feature closed with this typically grandiose Scotty line: "The Parkwood seems to have been destined to deliver people to better places." Half a decade later, that indeed seems to be the case. 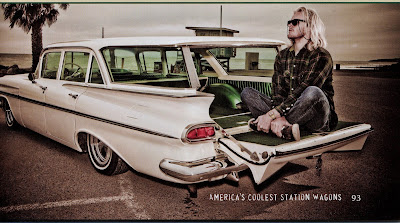 Shawn O'Brien, being delivered at San Onofre beach. Could he possibly be envisioning a future where this $29.95 book now sells for $70? I sure didn't see that coming. (Photo courtesy of Casey Figlewicz)

Join us now for the premier episode of CHASING THE O'BRIENS! 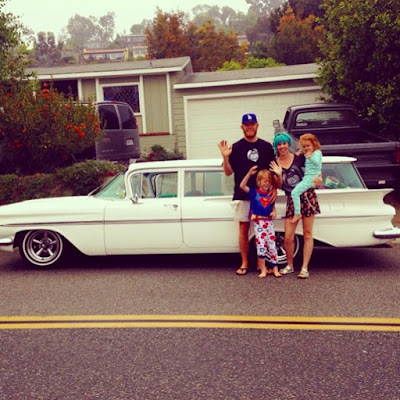 Waving hello to you, and goodbye to the house in Orcutt. For good. The O'Briens (L-R: Shawn, Cormac, Kenna, and Birdie Jane) will spend the next seven weeks in the Parkwood, while their new home in the San Francisco Bay area is being prepared for occupation. So begins Leg 1 of the journey: Orcutt, California to Chicago, Illinois. 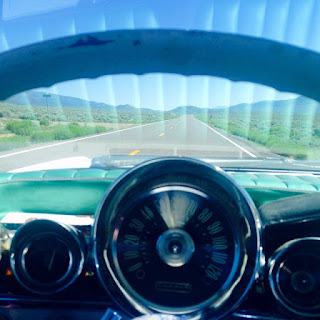 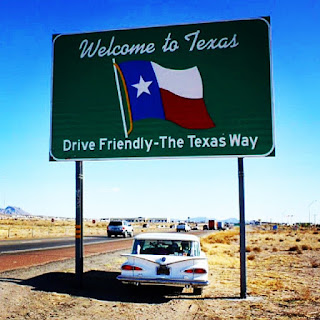 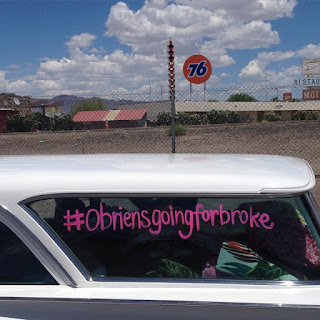 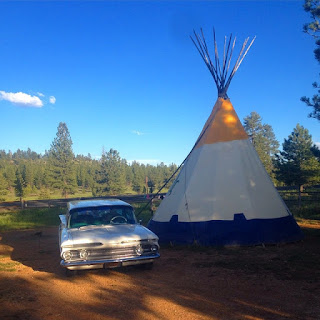 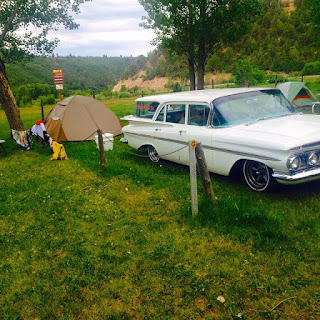 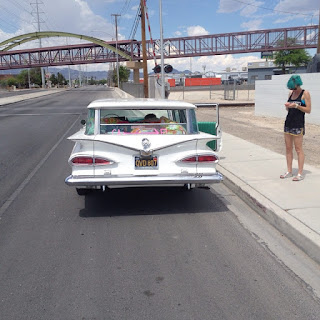 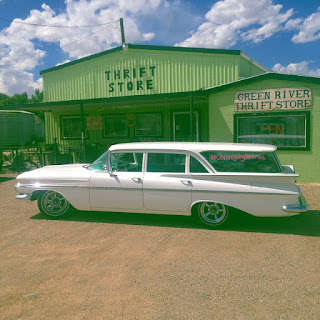 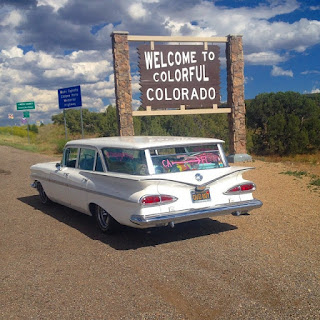 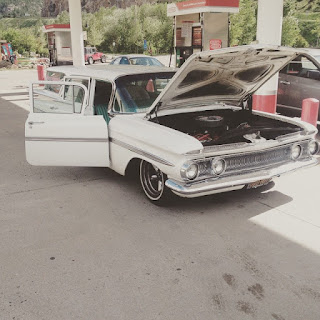 Catching breath after crossing the Rockies. 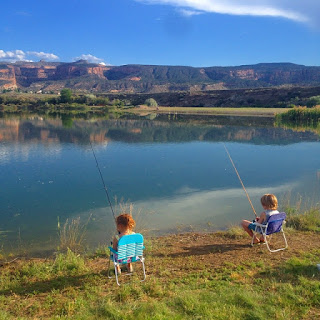 Foraging for food at James Robb State Park in Colorado. 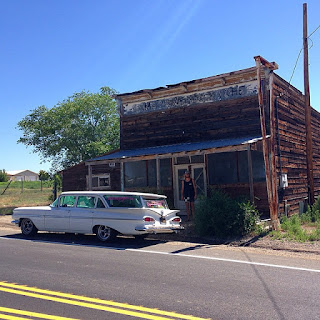 Shawn revisiting Loma, Colorado, where he spent his summers as a youth. 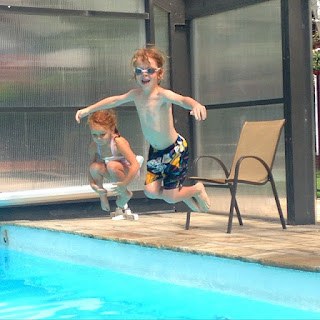 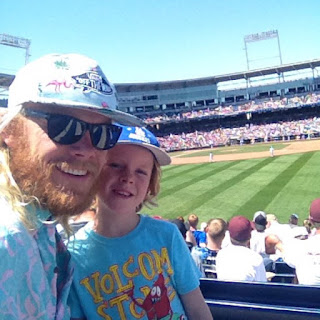 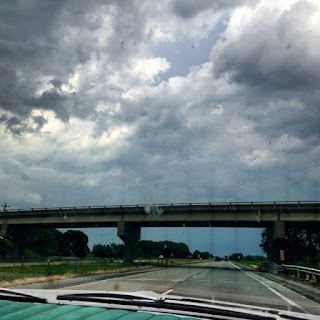 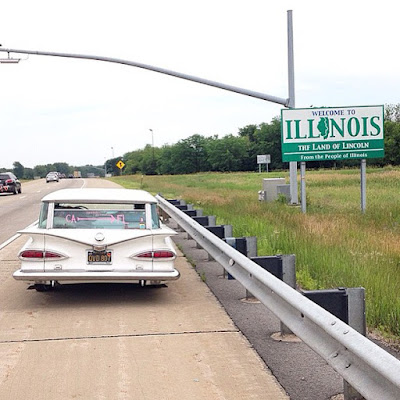 Made it! See you next week. Same time, same channel. (Photos courtesy of Shawn O'Brien) 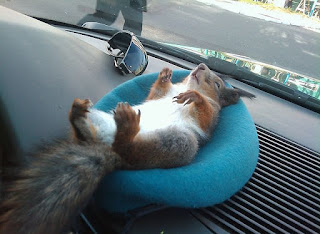 Luckily for this weary traveler, the O'Briens are pro-hitch hiker. They could tell this guy was cool by his beret and shades. Besides, the more the merrier. Okay, this isn't the O'Brien's Parkwood, but still... 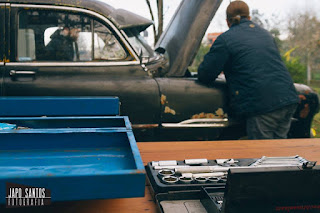 Don't even think about hitting the road without your trusty toolbox. SGE Photographer pal Japo Santos was glad to have his garage sale box along when his Chevy did the chicken - in Argentina. (Photo courtesy of Japo Santos) 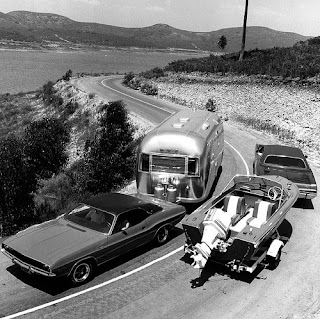 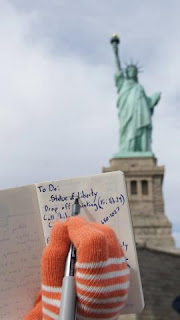 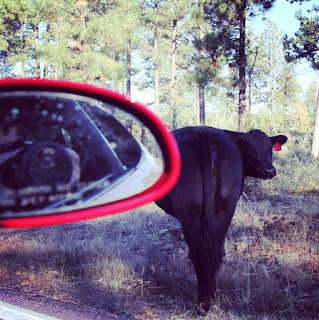 Whether you're roughing it like Ron Hickman, or stylin' in luxury like the O'Briens, get out there and get some wind in your hair while you still can. I hope to see you somewhere on the road soon. (Photos courtesy of Elana Scherr)

Posted by Scotty Gosson at 12:02 AM No comments: