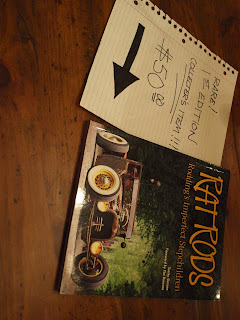 The big news has me all sideways. Almost as sideways as my stoopid compooter.

We’re celebrating a couple of little milestones here at SGE World Headquarters this week. I just got word that my Rat Rods book (written for Cartech Inc.) is going into its second printing. This is a first for me and quite a surprise. But the rat rods’ popularity (driven by controversy and affordability) is for real. If you haven’t read the book, here’s Tim Bernsau’s Foreword, to give you an idea of how the subject was approached. Love ‘em or hate ‘em, rat rods have earned their declaration as The People’s Hot Rods – a milestone in itself that we can all learn from.

RAT IS IN THE EYE OF THE BEHOLDER

A number of years ago, somebody (nobody knows who) coined a term for stripped down, hopped up traditional American iron – homebuilt and homely cars, rough but tough, built with more attention to performance than to style or creature comforts. The term used to describe them was reviled by many of the guys who built and drove those cars, but it caught on fast and never went away. The term is ‘hot rod’.

An editorial in a 1947 issue of the SCTA Racing News insisted, “We’re not hot rods” and discouraged the use of the ignoble term. A few months later, Racing News editor Wally Parks helped establish a new magazine actually called Hot Rod.  A few years after that, Parks founded the National Hot Rod Association. Today, many enthusiasts insist on being called hot rodders and have directed their scorn toward a newer term. That term is ‘rat rod’.

What is a rat rod, anyway? I get different answers from everybody I ask, but most of the answers run along the lines of, “I know one when I see one”. A poorly built, rust devoured hulk with a 4” windshield, no top, no floor, no paint and an overturned wire milk crate for a seat seems to fit most people’s definition of a rat rod, but I’ve heard the term used to describe well built, traditionally styled cars, too. One knowledgeable friend of mine applied the term to the Eastwood & Barakat ’32 sedan – the homebuilt-in-a-hurry budget bomber from 1982, honored a few years ago as one of the “75 Most Significant ’32 Fords of All Time”. A prominent magazine used the phrase “rat rod proportions” when describing an immaculate, six-years-in-the-making Model A roadster pickup that was an America’s Most Beautiful Roadster contender in 2009. Is there anything “rat” about either of these cars? The answer is no... or yes. It depends on who you ask.

Some rodders hate the term. Tell a guy who worked hard to replicate the authentic look of a pre-WWII dry lakes racer that he drives a rat rod and you might get a finger in your chest and an ear full of choice words to tell you, “We’re not rat rods”. Other rodders embrace the rat rod label, even promoting it with rodent themed graphics and accessories, not to mention mechanical and style modifications made in an effort to out-rat the next guy.

Like ‘em or not, rat rods caught on fast and show no sign of disappearing – which raises some questions. If the goal is to look ratty, is there such a thing as a well-done rat rod? As the aftermarket embraces them, could we see a rat rod built entirely from aftermarket parts? Will a rat rod ever win America’s Most Beautiful Roadster?  We’ll find out, I guess. For now, I’m going back to my original question: What is a rat rod, anyway? I’m looking forward to learning how Scotty Gosson answers that one.

Tim's Foreword is followed by my Introduction in the book, where I answered his questions as best I could. Alas, that file was sacrificed to the computer gods. You'll have to read the book to learn how that played out.

In other news, I’ve just returned from a week on the road, shooting tech stories for Hot Rod Deluxe. While I can’t reveal the subjects yet, I can share some funky snapshots of the adventure with you. Can you guess where these pix were snapped? While you’re snooping, find Waldo… 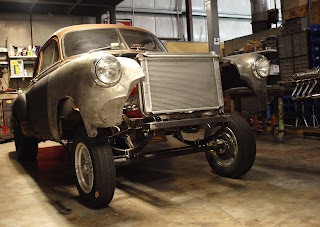 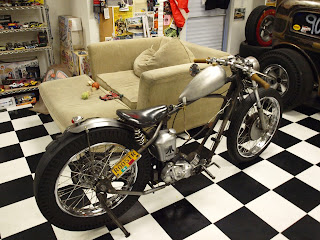 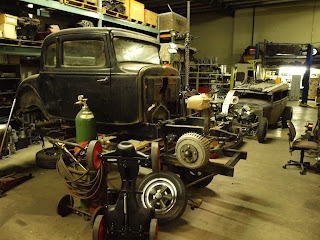 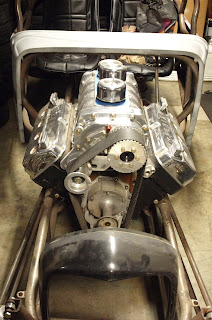 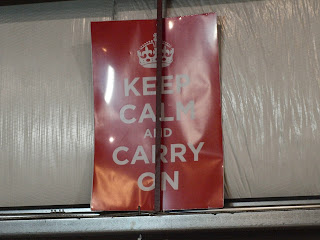 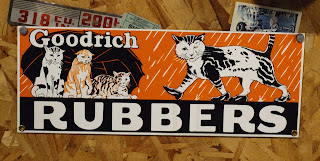 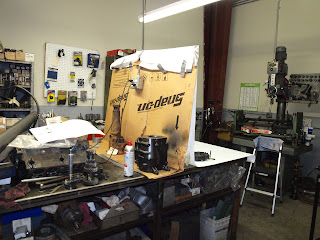 Behind-the-scenes peek at my portable McGeyver photo studio in action. We do what we gotta do... 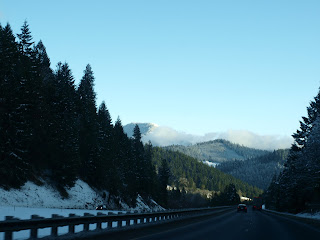 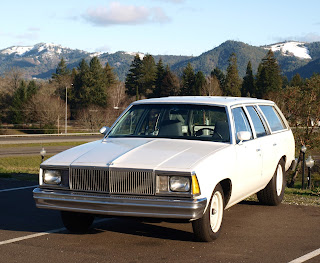 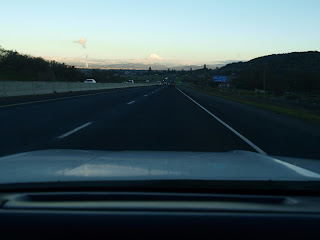 With photos in the bag, I headed back home in the Bi-Polar Bear wagon. Road conditions were just interesting enough to keep me awake at the wheel. Love going, love getting back. Win/win.

Oh yeah, I said ‘Milestones’, as in plural, didn’t I? The other one is recording my first solo album since 1991. We’re only about halfway into recording the tracks in a buddy’s garage right now, but it’s going well. Once we mix the songs down, I might post a teaser on here (if I can figure out how – I’m digitally challenged). This music and the way it’s marketed might surprise you. 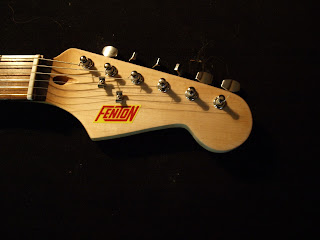 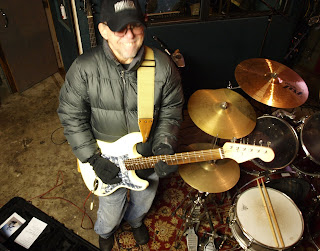 We're recording in my pal Rob's garage. There's no heat in there and it's been unusually cold lately. Only the music protects us from frostbite.
Posted by Scotty Gosson at 3:42 PM No comments: