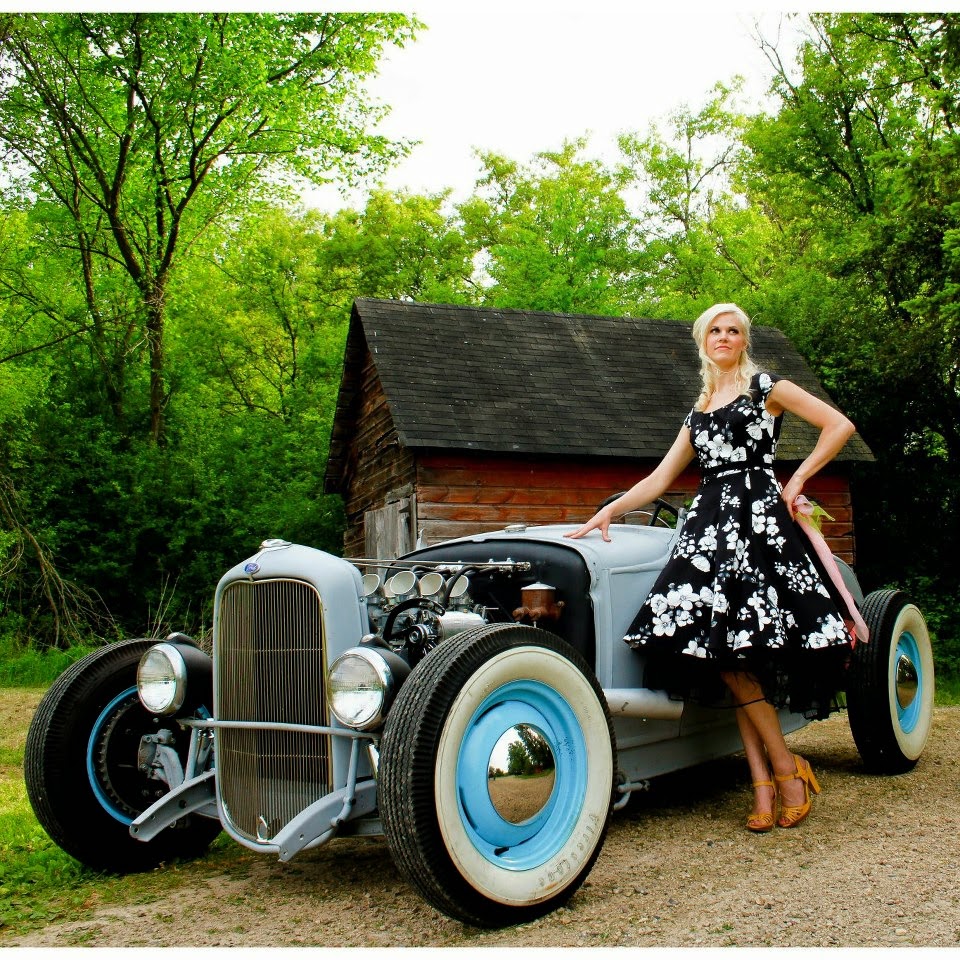 A classic romance: Stacie Allison and her Model A, a match made in Wisconsin. Until some Northwest hot rod guy turned it into a love triangle of Shakespearean proportion and everything went upsidedown. (Photo courtesy of Stacie Allison)

Estrogen-fueled hot rodders are no strangers to this blog. It has featured many, from every micro-niche of the hobby. Such media exposure was considered a novelty not so long ago. But when the women of Generation X came of age and threw their rule books out the window, glass and status quo shards were shattered and scattered from here to eternity and back. There were many fearless women who pioneered the way (bless their souls) and paid dearly for the privilege. Alas, those heroic explorers are now fading faster than their epitaphs can be written. But the cycle of life has also graced us with a beautiful new day.

Most of the hot rod women you've read about here are people I've crossed paths with in the course of my work and have come to know, to various degrees. Exhibit A is SGE favorite Lori Bentley Law, who chronicles notable female gearheads regularly on her Motor Dolls blog (www.motordolls.com). Lori writes of these women with more credibility than I can possibly muster with all of this stuff between my legs. I don't know Stacie Allison or her husband Jeff, but feel like I do, since reading Lori's blog. I'm sure we will meet some day, if it's meant to be. Until then, here's an outsider's perspective: 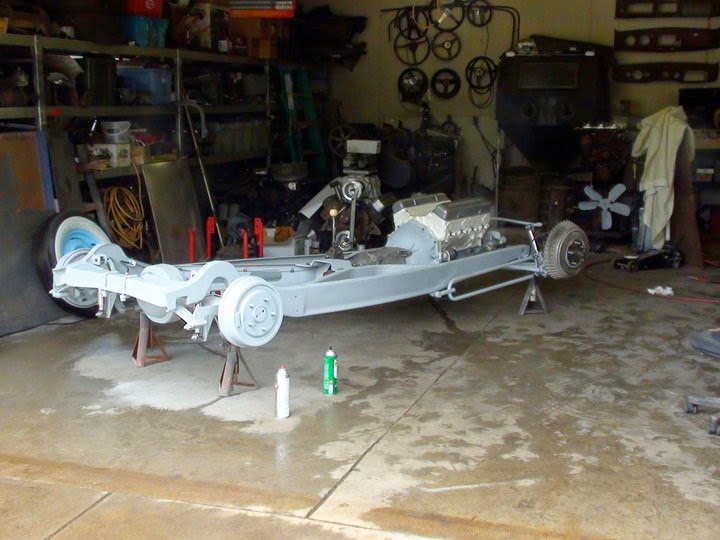 Following a string of motorcycle projects and a V-8 Austin Healey, Mechanical Engineer Stacie Depner developed a crush on hot rods and decided to build her own. Respected hot rod artist Jeff Allison volunteered to show her the ropes, upon their meeting at the Grand National Roadster Show. This primer-stage shot of the '32 chassis Stacie built illustrates the harmony Jeff and Stacie realize when working together. (Photo courtesy of Stacie Allison) 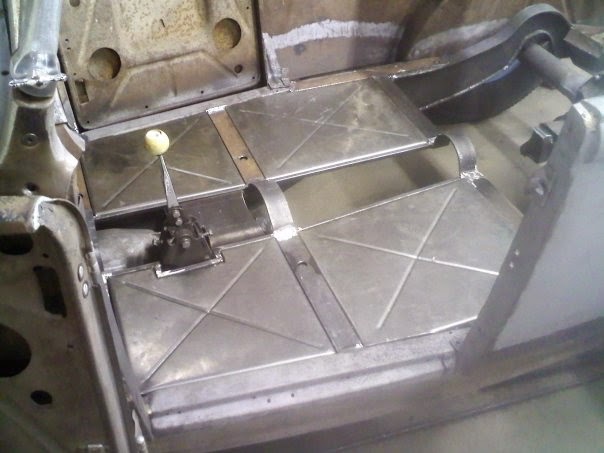 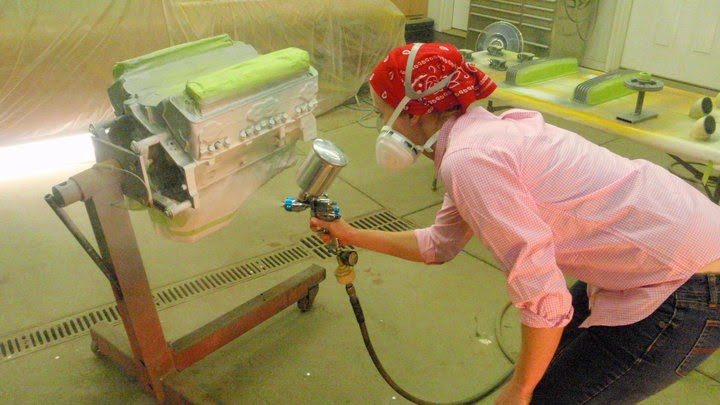 To my knowledge, this 327" Chevy is Stacie's first engine build. Highlights include a 6 X 2 induction system and a venerable Duntov 30-30 cam: "It has that wonderful vintage lopey sound." (Photo courtesy of Stacie Allison) 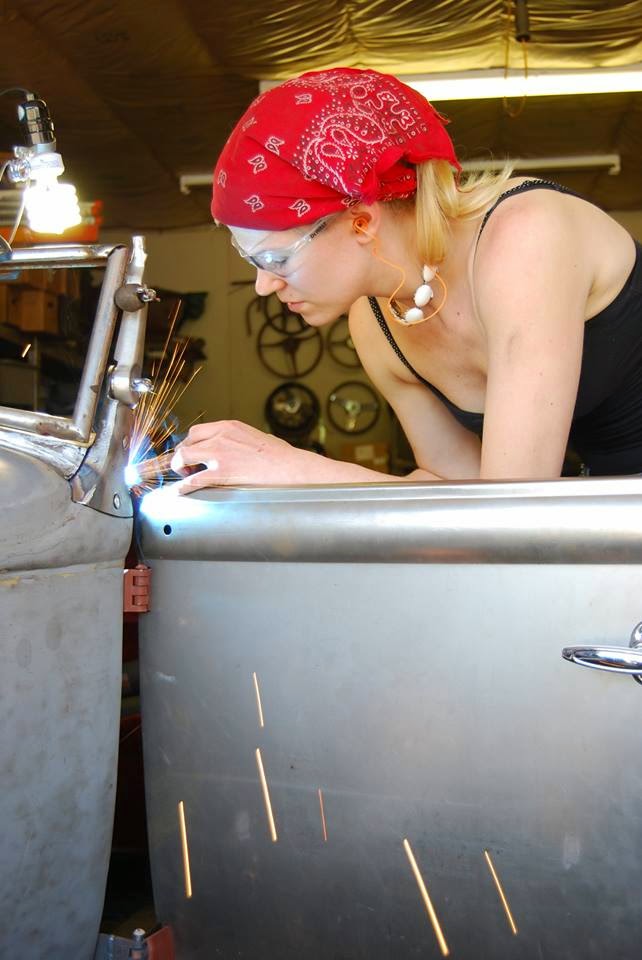 Also a quick study on the welder, Stacie chopped the windshield and stanchions, but went conservative on the lean, keeping the car's traditional Midwest values intact. (Photo courtesy of Chadly Johnson) 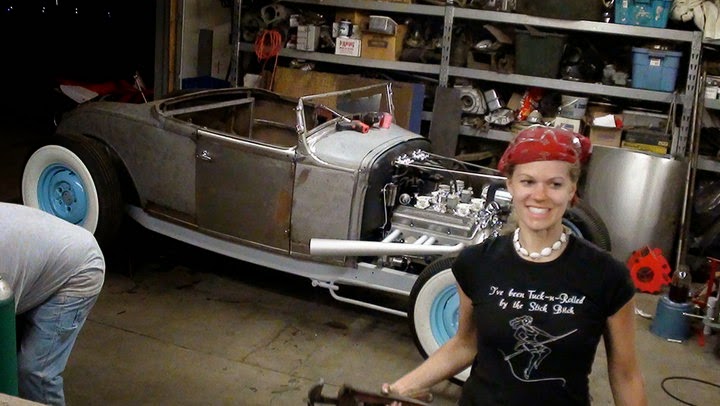 That magic moment when the puzzle comes together. Who can't relate to that adrenaline smile? (Photo courtesy of Stacie Allison) 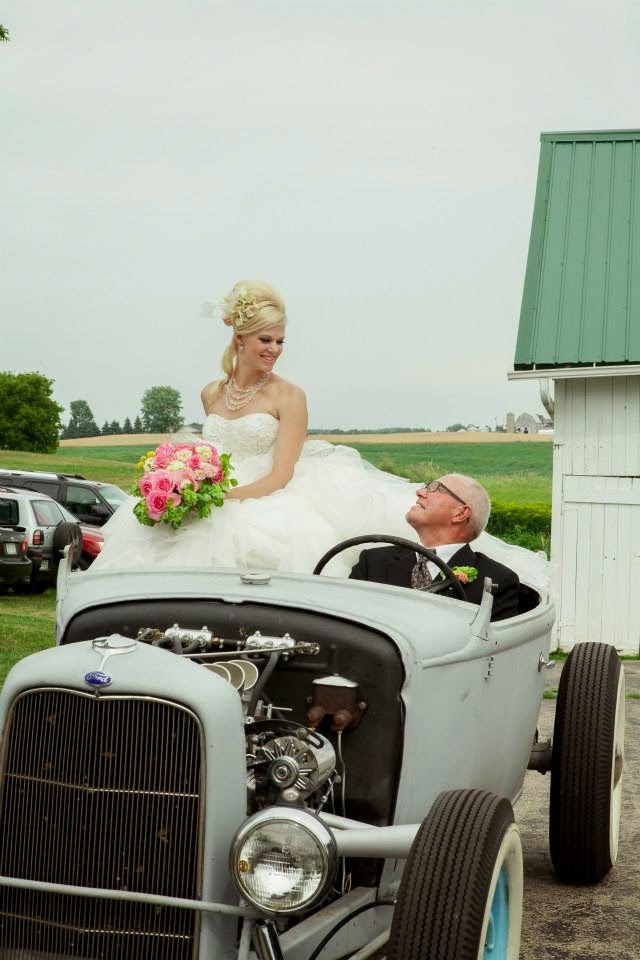 Fruit of the labor: Stacie Depner's dad drives her up the aisle at her wedding. It doesn't get any sweeter. Stacie loves her dad. Minutes later, she magically transformed into Stacie Allison. (Photo courtesy of Sasha Landskov) 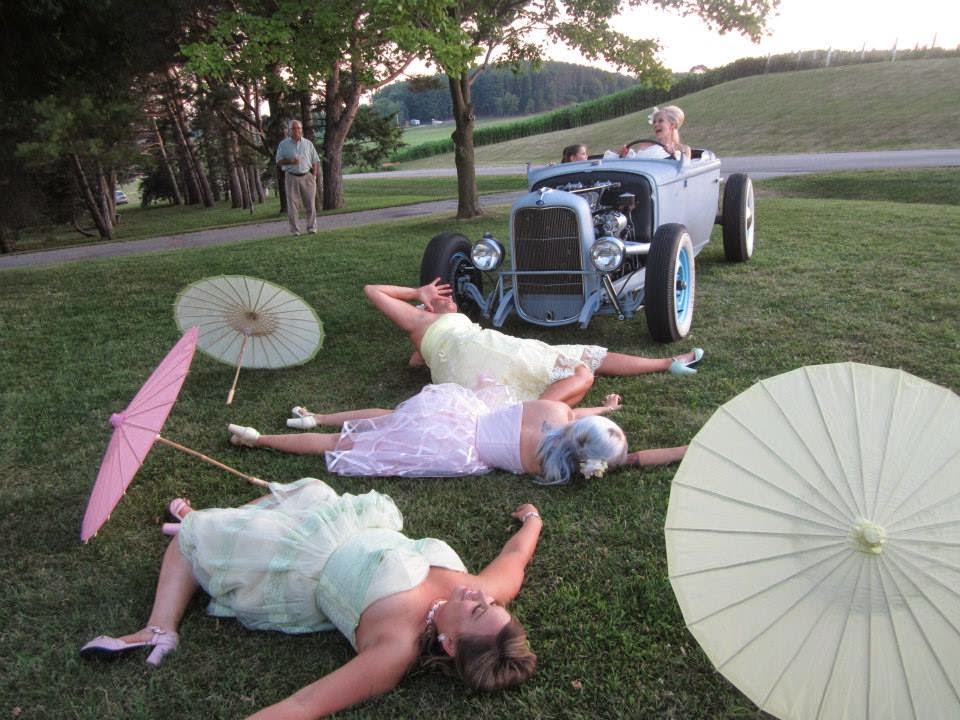 Every wedding requires a little drama to keep the guests awake. As usual, Stacie took the DIY approach. You can always get more Bridesmaids. (Photo courtesy of Stacie Allison) 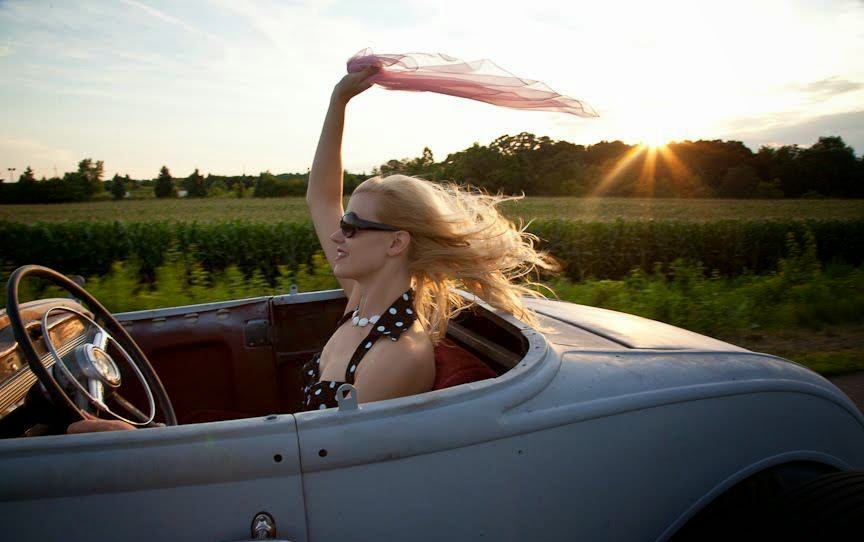 Celebration of the four year build has now moved from the Midwest to the West Coast, without losing any momentum whatsoever. Note narrowed '54 Plymouth dash. (Photo courtesy of Josh Kurpius Photography) 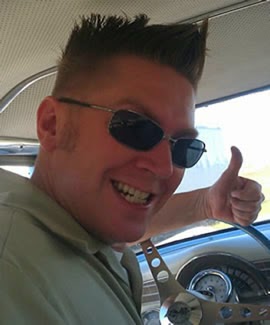 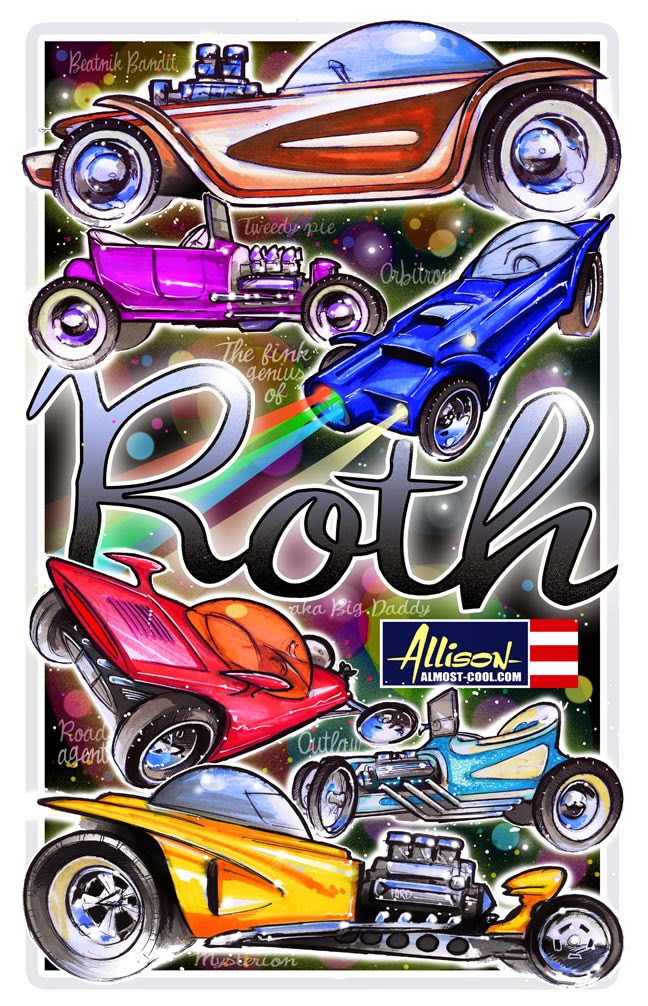 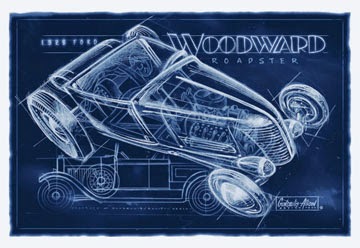 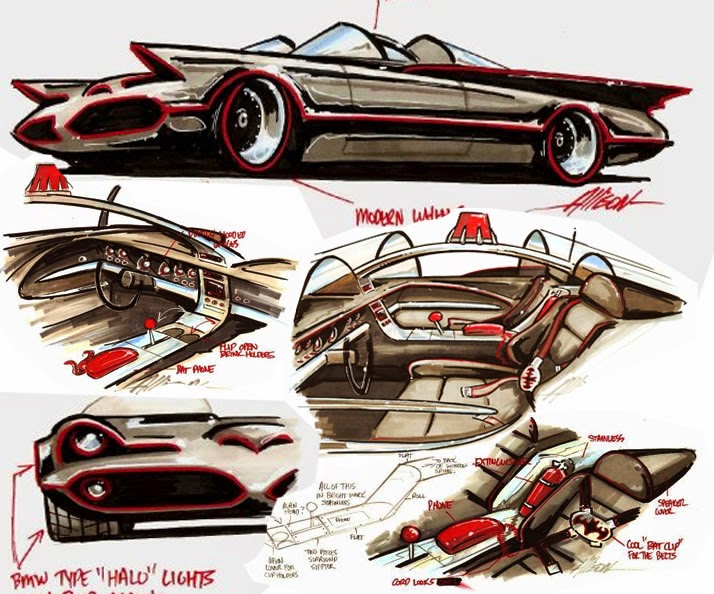 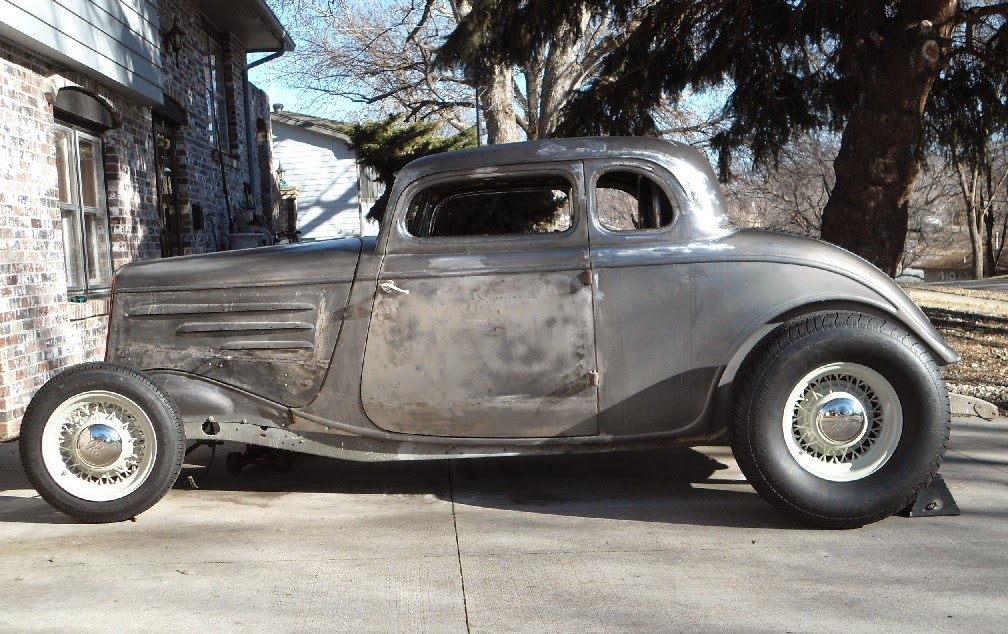 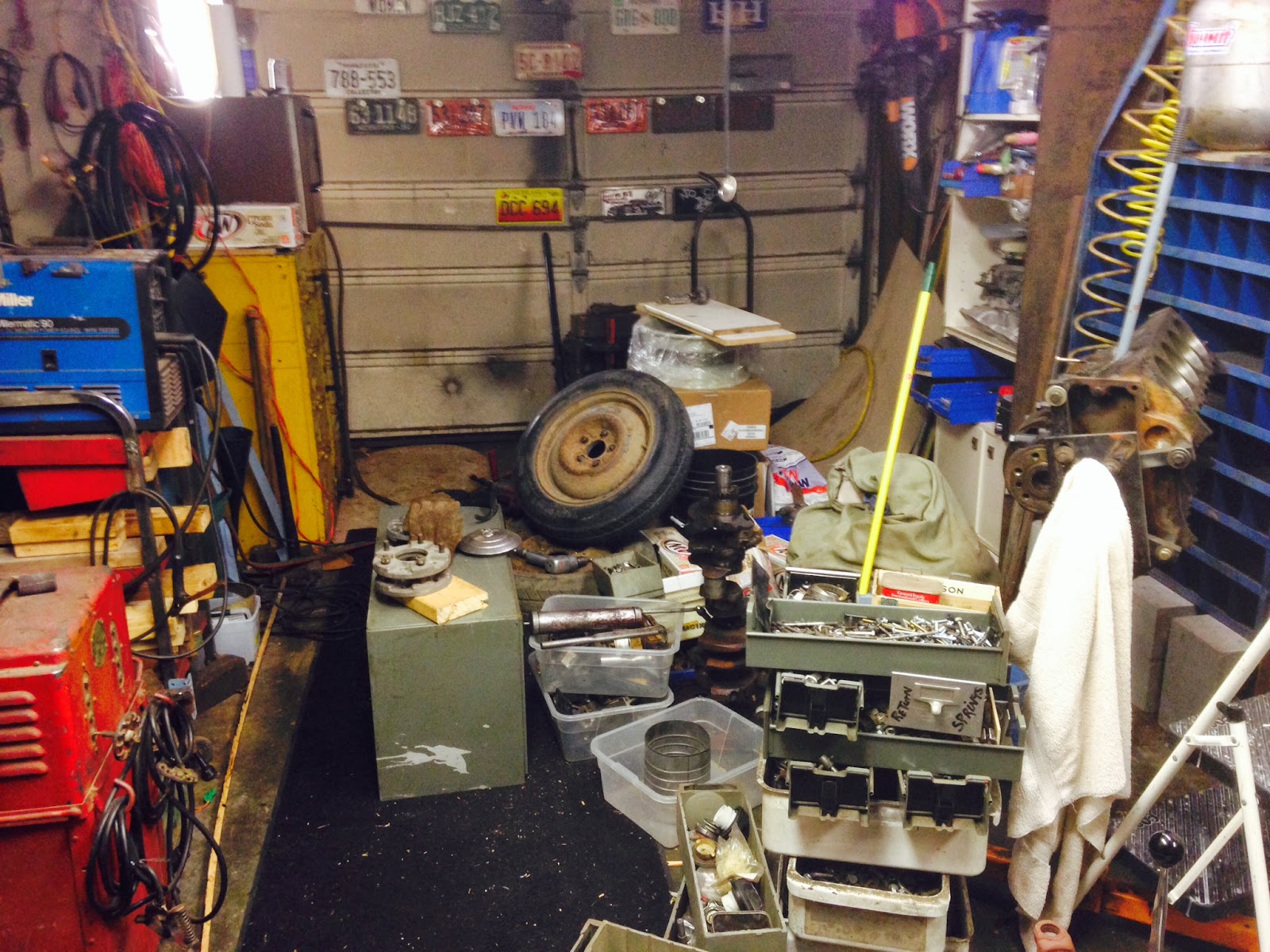 Rocky's one car garage had accumulated a few odds and ends during the coupe's absence. This was the scene last week. The coupe would be a snug fit in here. 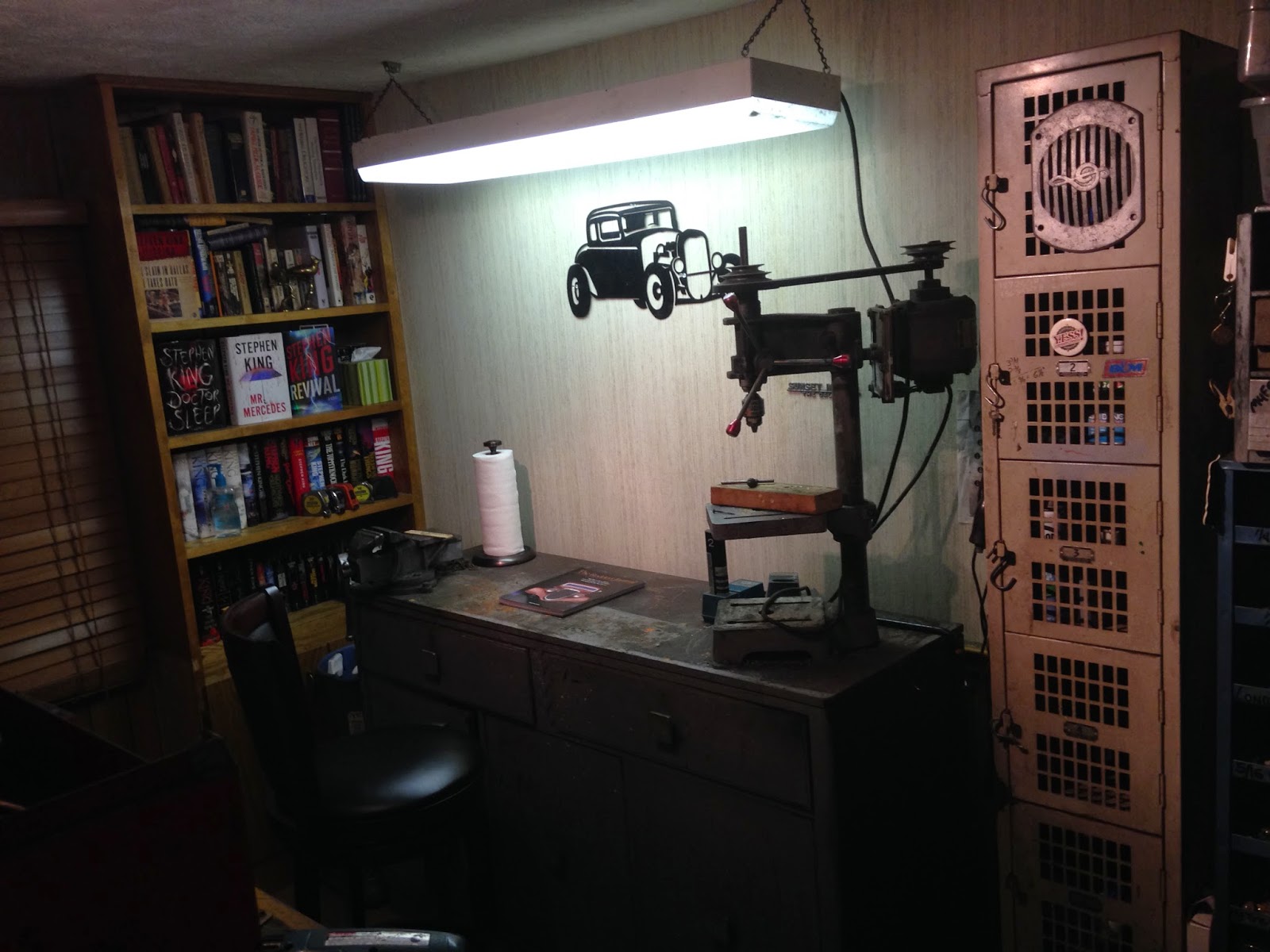 The Rocky shop today! The coupe will still be cozy in here (can't open doors), but will now share this decadent hospitality area. What happened to the welders, toolboxes, and piles of parts? Rocky surprised wife Janet with an artful redecoration of the living room! That's right gals - sorry, but he's married (as of this writing, anyway). (Photos courtesy of Rocky Gosson) 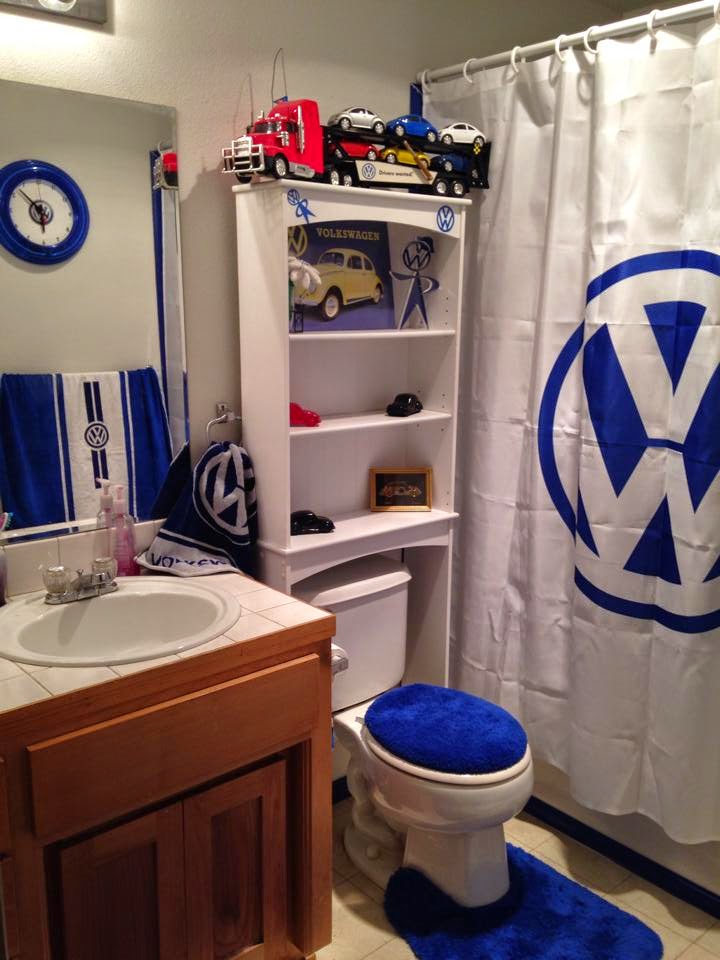 Not to be outdone, my other brother, Mark Gosson, redecorated his bathroom (he's a VW guy). (Photo courtesy of Mark Gosson) 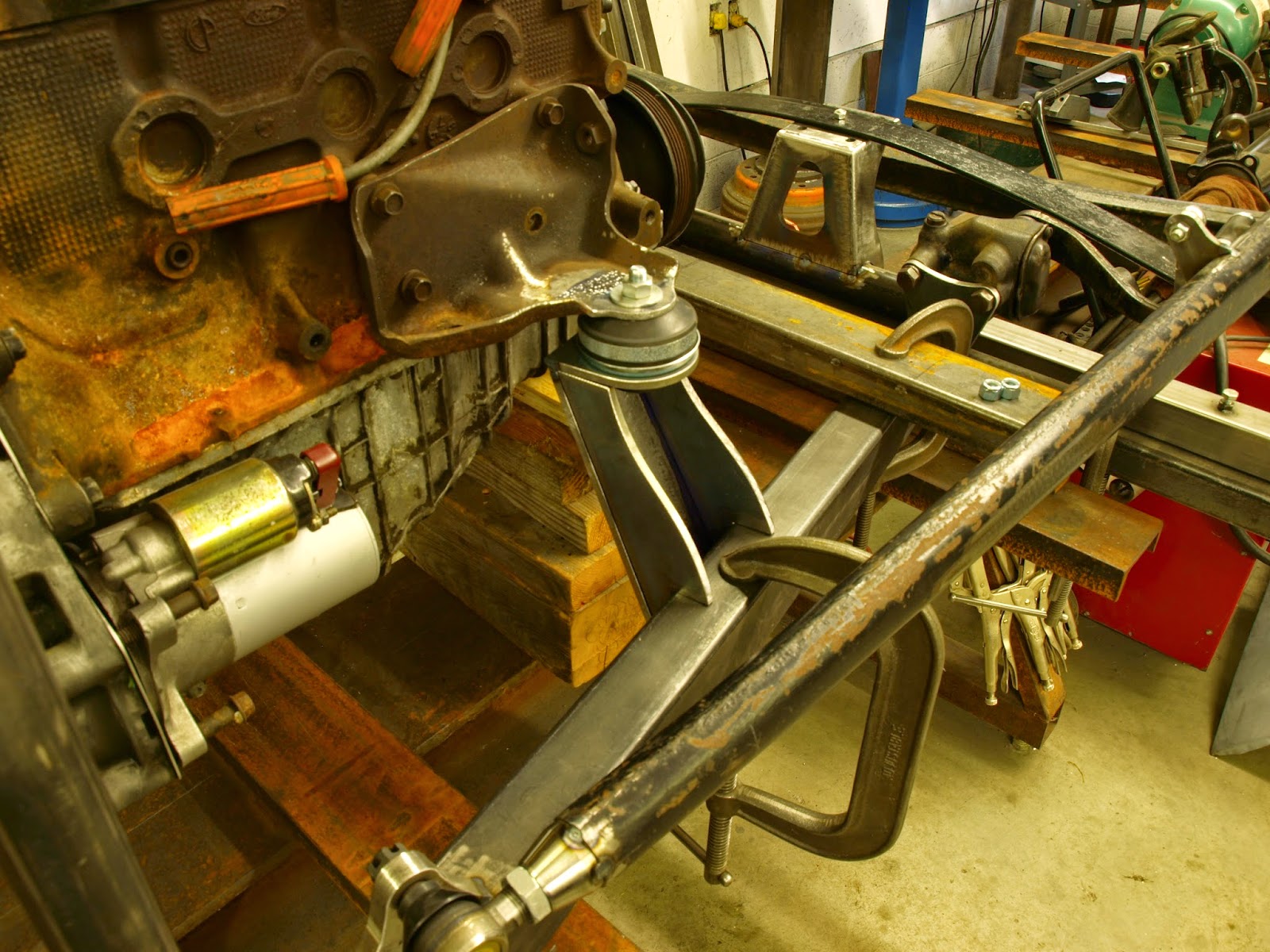 While my brothers were sidetracked with interior decorating activities, I was at Dr. Lockjaw's Custom Metal shop, gettin' right after it. Doc and I managed to design side supports for the SGE Model A motor mounts on Sunday, and got the passenger-side pieces cut before the Super Bowl started. Next week: The driver's side! 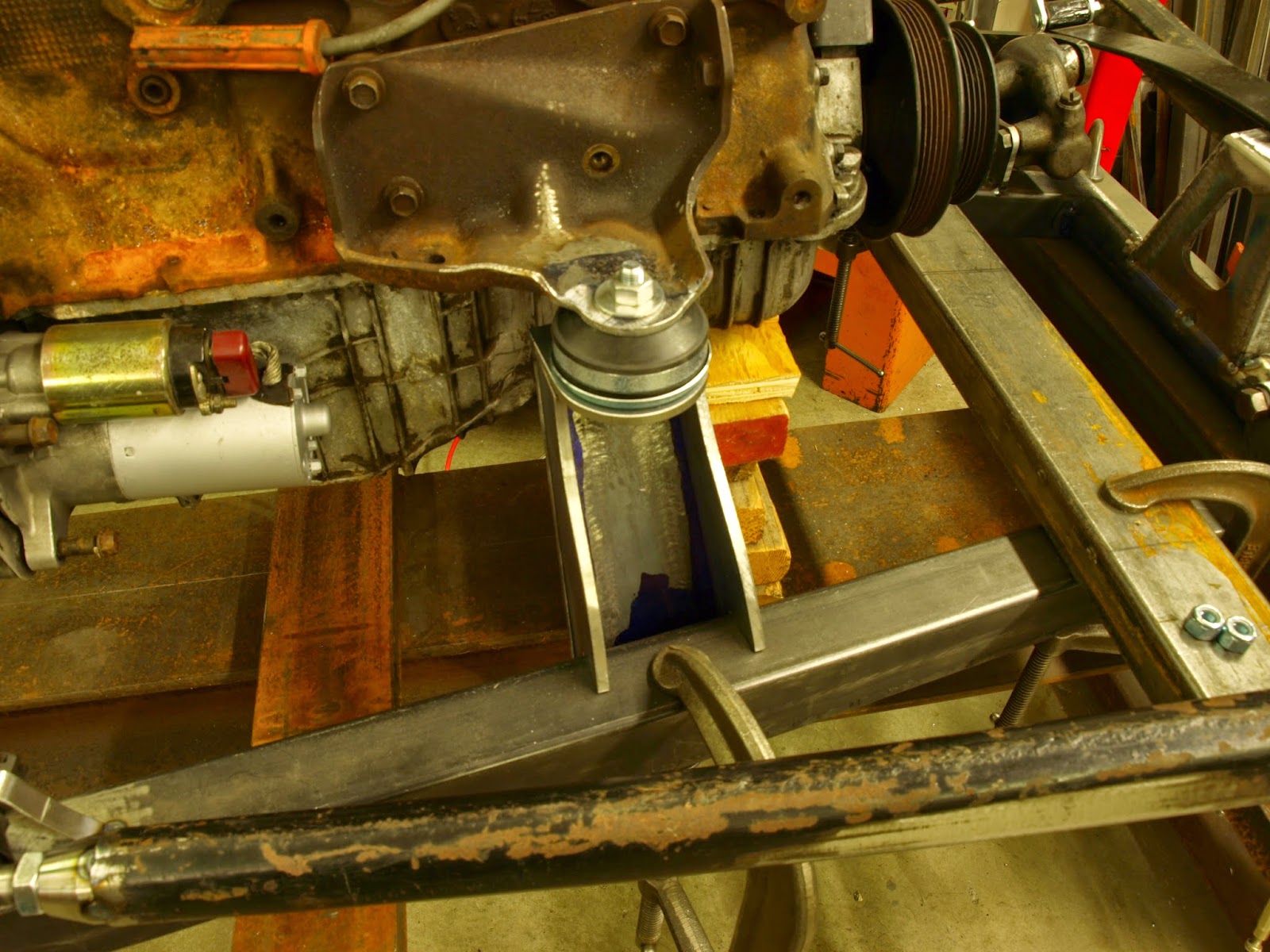 My heart was set on side supports that would angle outward from the center upright piece at 45 degree angles, offering increased strength and style. Unfortunately, such pieces would require a redesigned (larger diameter) motor mount pad to attach to. With Super Bowl kickoff looming and steel supply shrinking, we went with this 90 degree side support design, featuring radiused outer edges to continue the theme established by our suspension brackets. I was apprehensive regarding the "box design", but pleasantly surprised with the final shape. 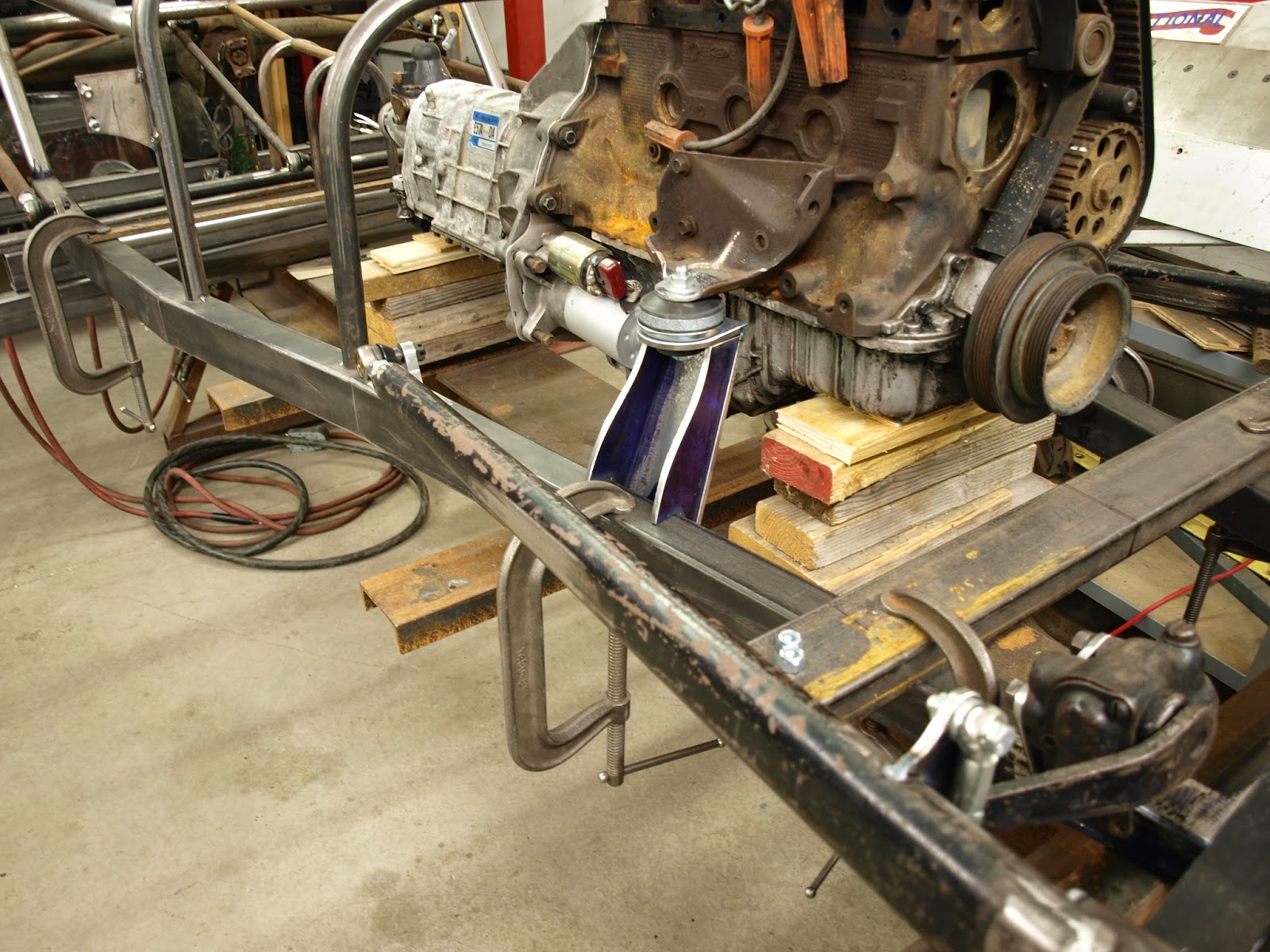 The side supports look even better from this angle, and are downright impressive from a dead-on front view. Alas, my trusty Olympus E-420 faceplanted on its way to the front of the car, damaging the lens to the point of being inoperable. We had a good run together - seven years - which probably isn't bad for a Chinese student-model camera, subjected to cruel abuse in hazardous environments from salt flats to drag strips to fab shops, and several wild rides in rowdy race cars. 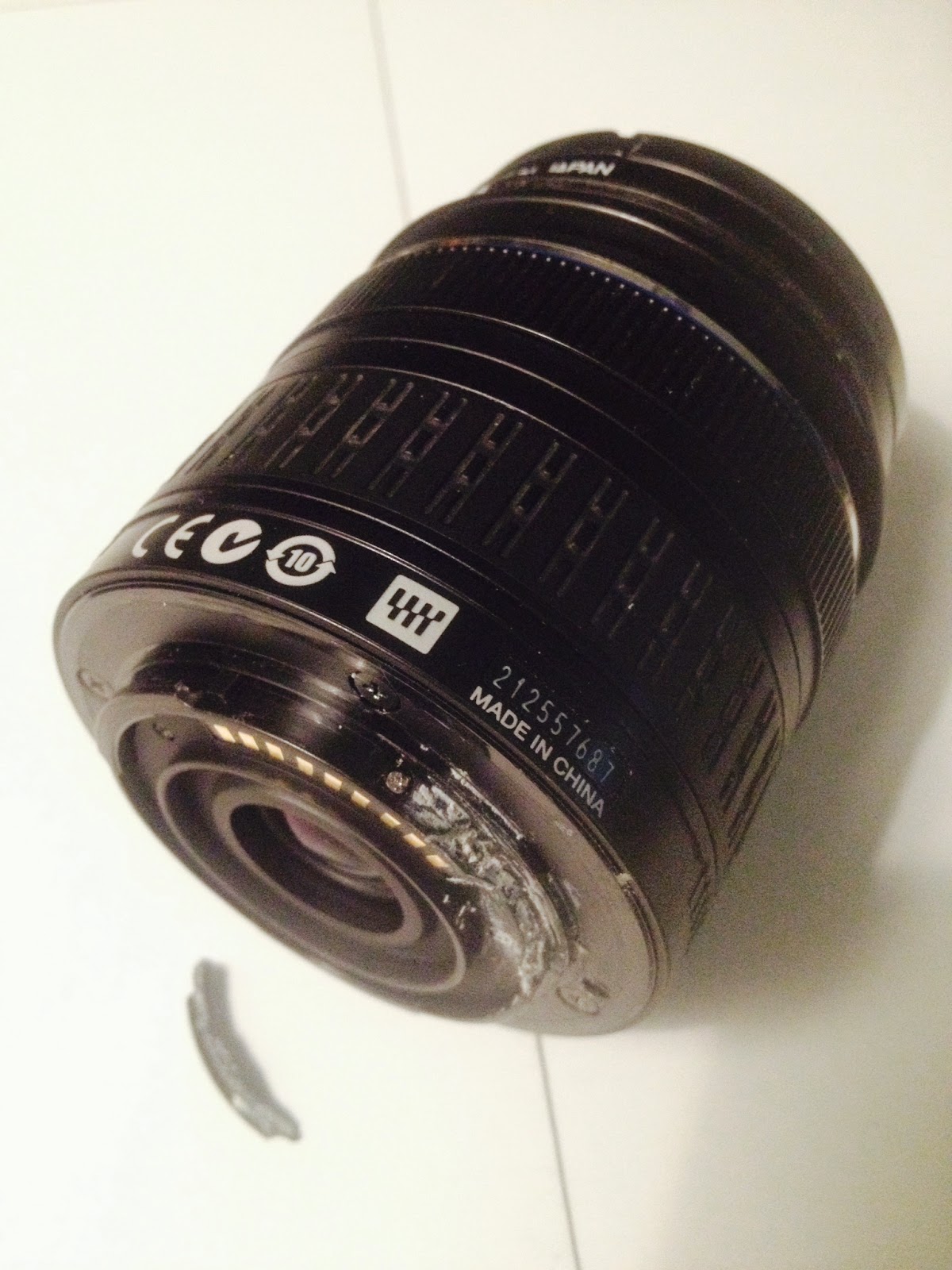 The diagnoses turned out to be less than terminal. One of the lens cover tabs had broken off, allowing ambient light to sneak in and freak out the camera's little computer, which defaulted to shutdown mode. I had some two-part epoxy handy and tried to bond the busted piece back on, to no avail. Looks like an expensive tube of Super Glue is in my future. 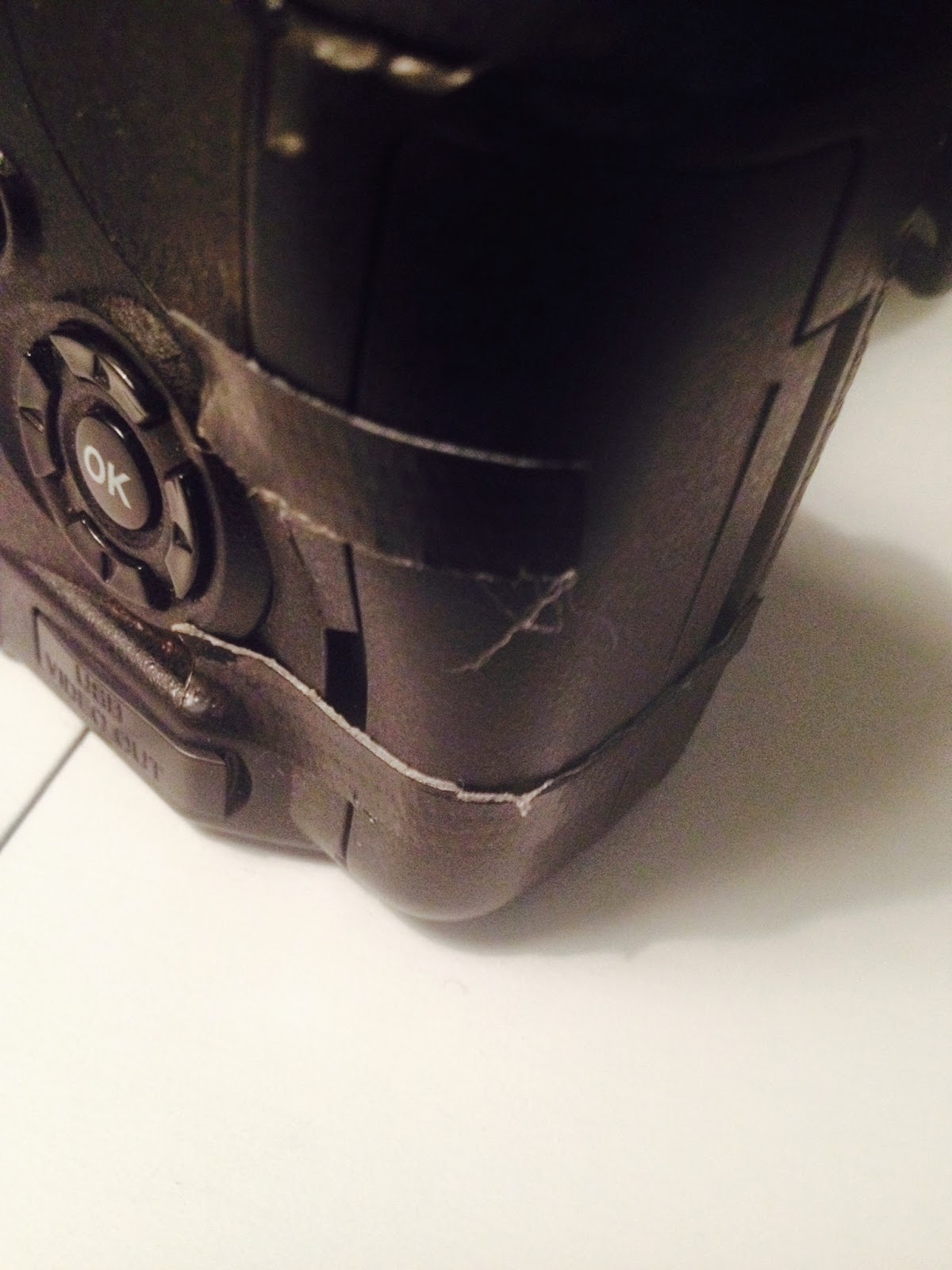 I started duct taping the camera card door shut a few months ago - a sad reality slap and a sticky pain in the ass. 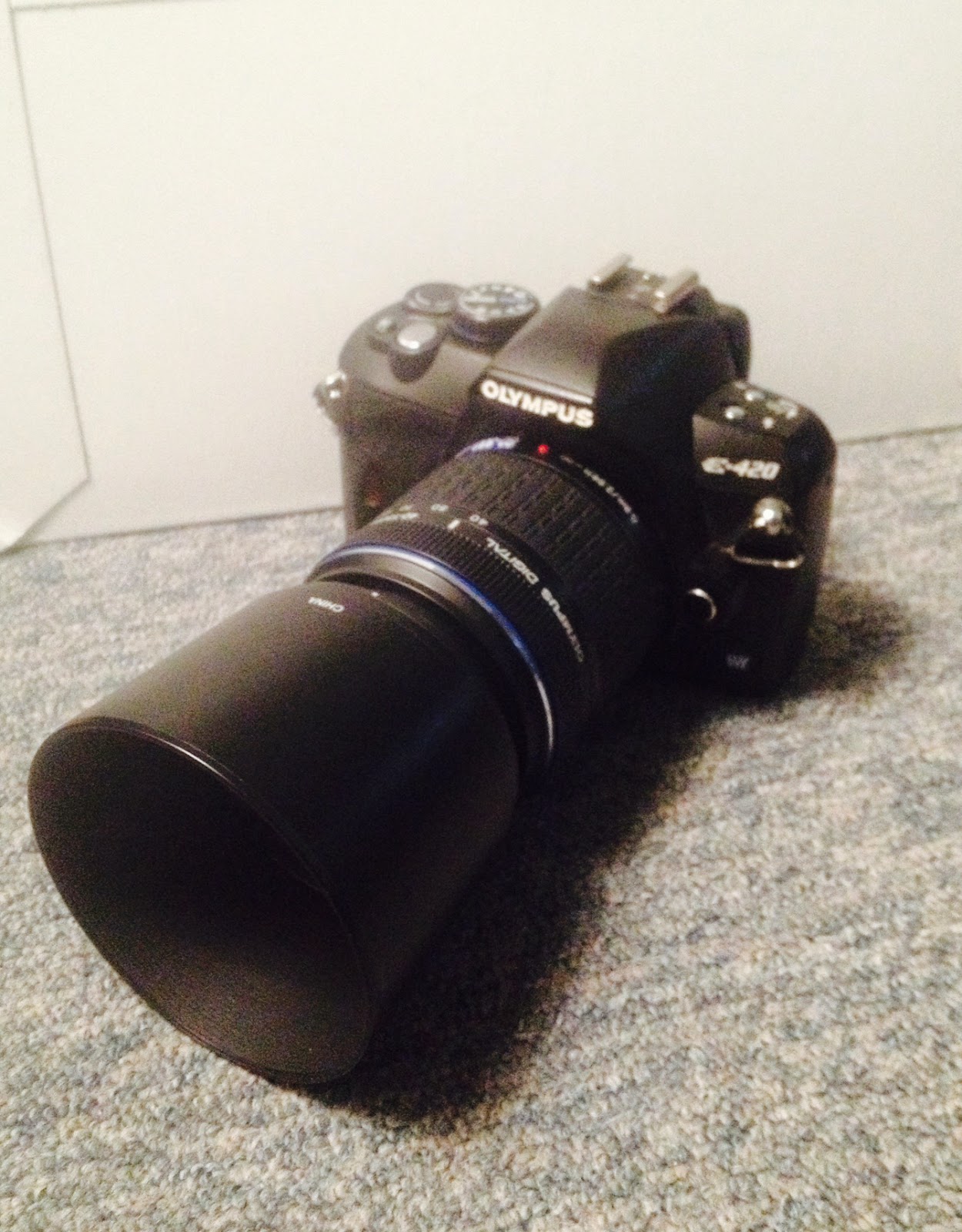 The Olympus tests positive with the wide angle lens on, which is a relief. With enough duct tape and Super Glue, I should get another seven years out of it, no sweat. Thank God I have my cellphone for backup, so I can keep selling amazing shots like these to discerning publishers worldwide. (Scotty shots) 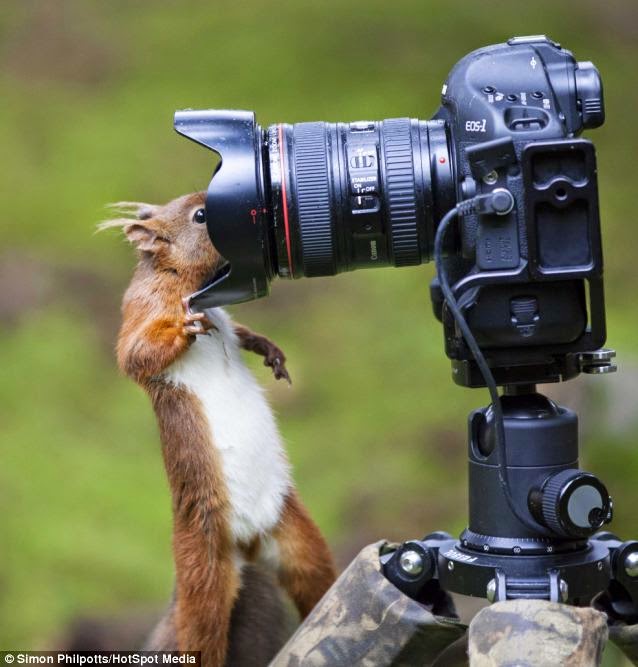 Ah, how this image transports me back to my photography days. That was a long time ago - over 36 hours now. God, I miss seducing my subject into that perfect intersection of light and angle, and claiming my conquest. I can't take it anymore. I'm off to Walmart for Super Glue and duct tape. With any luck, the camera will be healed up by Valentines Day, and I can take it out for a celebratory dinner at a romantic restaurant. 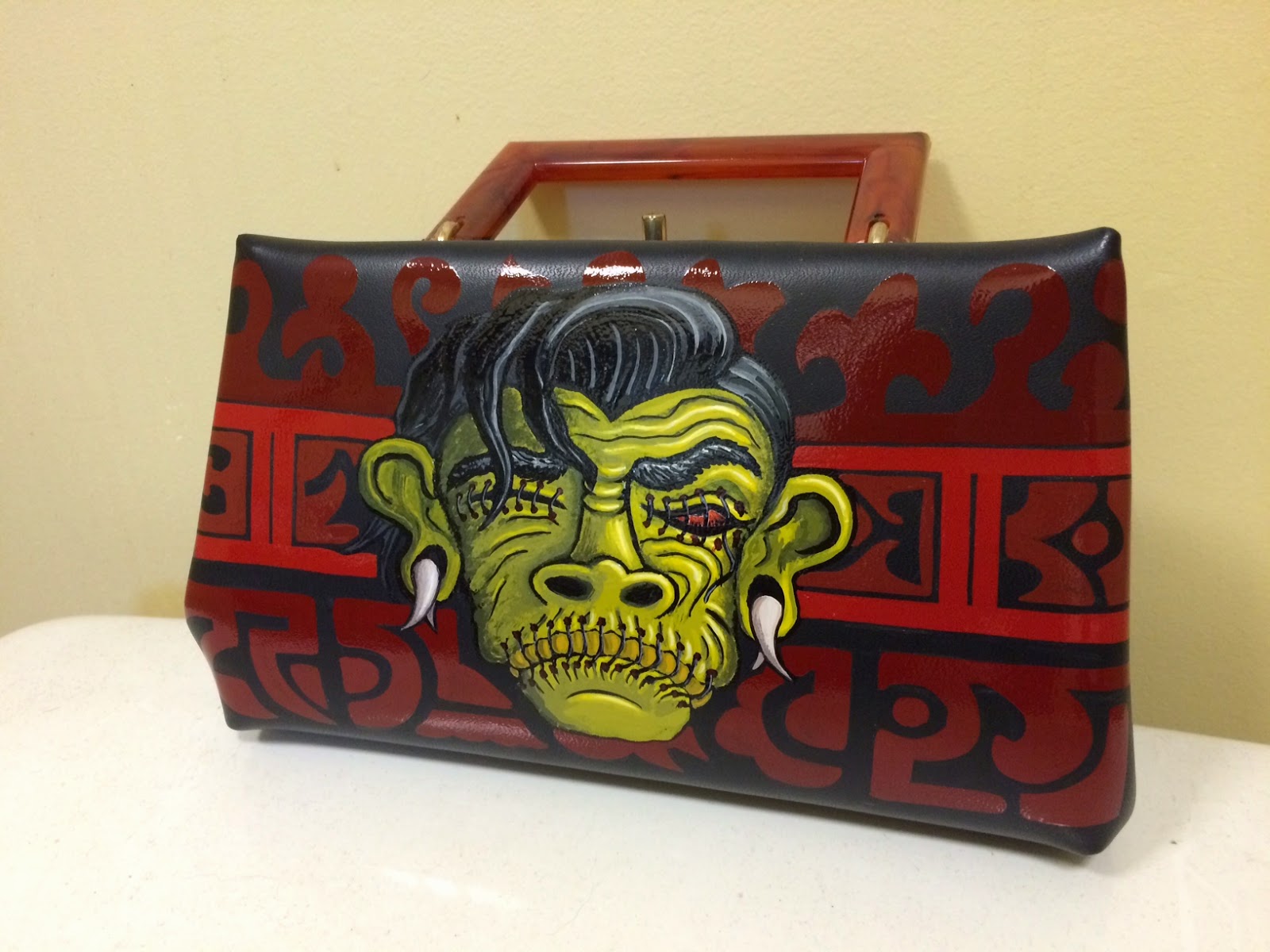 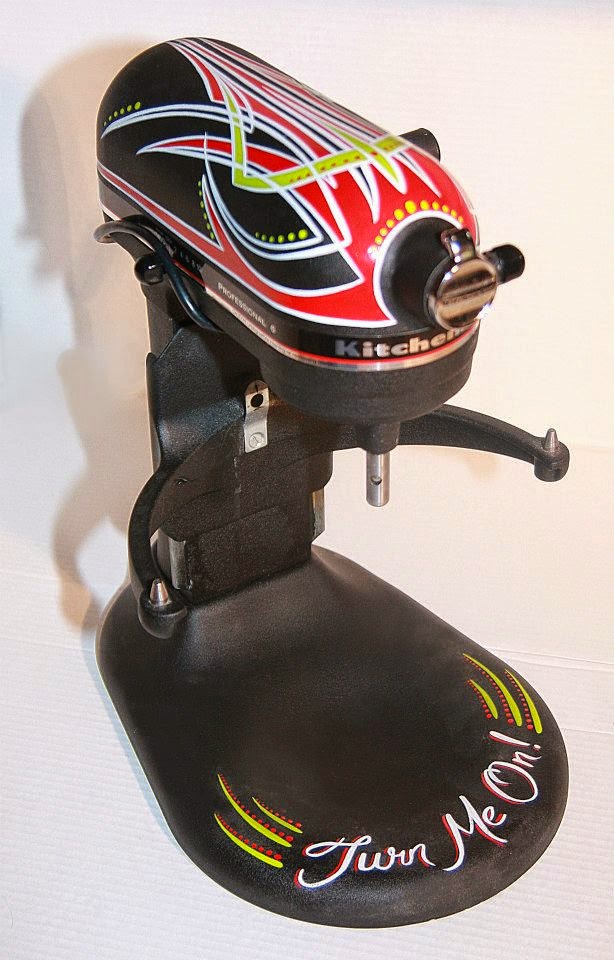 Hot rodders tend to mark their territory wherever they go. From tire tracks to pinstripes, the world is their canvas. Stacie Allison's mixer may have been a wedding present, but is now tagged for posterity in retro-traditional fashion. She can't help it. (Photo courtesy of Stacie Allison) 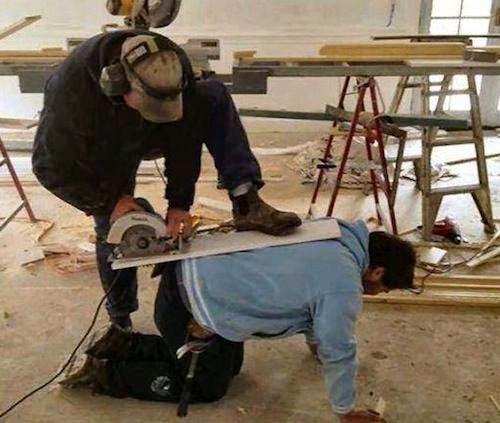 Neither of these guys are wearing safety glasses.