The Spiritual Ingredient of Ink 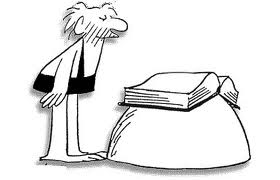 You’ve heard me say it a hundred times by now: I’m the luckiest guy in town. But I don’t believe in luck. Here’s one more example: Reading about my heroes in magazines as a kid, I felt that getting ink must be the highest honor you could aspire to. And today, thanks to some cosmic plan that I’ll probably never comprehend, I tell people’s stories in magazines and books. There’s no logical way to get here from where I come from: I dropped out of school and left home at 14 years old to street race full time. The education I received on the streets had a certain survival value, but nothing that prepared me for dealing with humans in the real world. Working with others in various fabrication shops hastened the development of people skills somewhat, but it wasn’t until one of my own cars got some magazine ink that I began to understand the human factor as it relates to hot rod exploitation. Suddenly, people identified me as The Guy Who Built That Car. I wore my new identity proudly for a little while and savored the ego stroke. Doors opened. But after a few weeks, I began to feel shallow about it. Within a few months, the whole phenomenon seemed absurd to me. This was the beginning of my real education.

Push some quarters into the time continuum transporter and set it for 2002. I don’t believe in coincidence, but that’s the code word I use to explain the chain of events that landed me at Rod & Custom and Car Craft magazines as a contributor (freelancer), thanks to very helpful nudges from Tim Bernsau, Jim Adolf, Jeff Smith, Gerry Burger and several others who took the time to read my scribbles and encouraged me to keep trying. My current bosses – Scott Parkhurst at Cartech and Dave Wallace at Hot Rod Deluxe – were met in the exact same needle-in-a-haystack fashion. I didn’t seek out any of these guys – they just appeared in my life when I opened my spirit and mind to any possibility that might lead me from hard labor to something more creative. By now, I cared as much about the car builder/owners as I did for the cars themselves. I found my niche and dove into it, writing stories about my friends, their friends, heroes, total strangers, and some total strangeoids, all due to what you might call happenstance. In the process, most of the heroes and strangers became my friends. Amazing, but so simply natural, if done with pure motives (I can also tell you some horror stories about the result of impure motives and lessons learned).

Today, I believe we all cross paths for a reason – to help each other move forward in some way. And I no longer believe that getting ink is the highest aspiration of hot rod culture. I now embrace the totally biased belief that this distinction belongs to the story teller. To be trusted with telling someone else’s story is the greatest honor and responsibility that’s ever been bestowed upon me. I take it seriously and am humbled by it. I don’t tell most of my subjects that I’m a high school dropout with zero journalism skills, so please keep that on the downlow - some of these people are high rollers who could get stinky with my publishers and snuff out my career. Personally, I still find celebrities fascinating, but it’s the stories of “little guys” working in obscurity that stick to my ribs now. Nothing else brings such a smile. Obviously, I still have a long way to go. But I’m enjoying the drive. Thanks for riding shotgun with me. 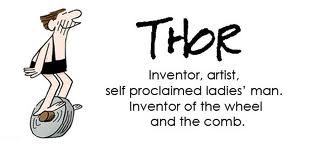 Before the discovery of squids and ink, homebrewed paint (often made from knuckle blood) on cave walls told the tale. Thankfully, this hot rod pioneer was originally immortalized that way. He went on to soak up major newsprint ink in the 50’s and 60’s. I’m sure he’s been inducted into a Hall of Fame somewhere by now. 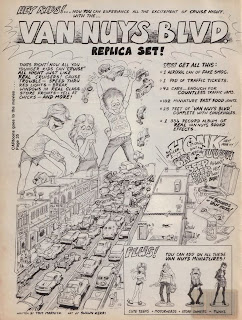 From artist’s renderings to photographs, imagery gives the story depth, impact, and credibility. 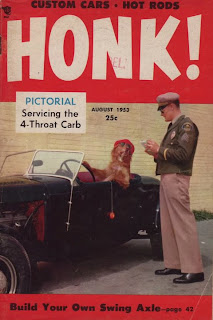 Competition improves the breed. Just as true in publishing as on the street. Honk magazine scooped all the other rags with a dog that could yo-yo while banging gears through L.A. traffic. Impressive, but illegal. This controversial image sent mixed messages to dogs across America, but sold a lot of issues. 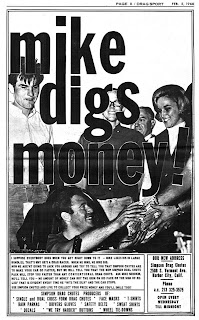 If your magazine is popular enough, hucksters will give you money to capitalize on the situation. For a while, the magazines made this a lot of fun (remember the cam wars?). 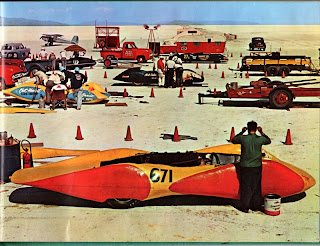 Innovation drives legacies forward – again, on the track and the printed page. Color! How do they do that? 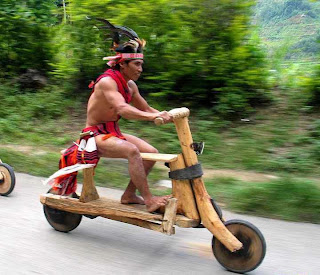 It’s so heartwarming to see the old traditions being respected and carried on today. Retro rodders rule! This image was preserved in digital ink – found on the internet. Funny how everything eventually comes full circle. 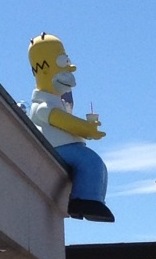 Textbook example of my core demographic: Fans so hardcore, they’ll risk life and limb to watch a race. My job is to show this guy an easier way to enjoy the show, while educating, entertaining and hopefully inspiring him.

Posted by Scotty Gosson at 1:25 PM